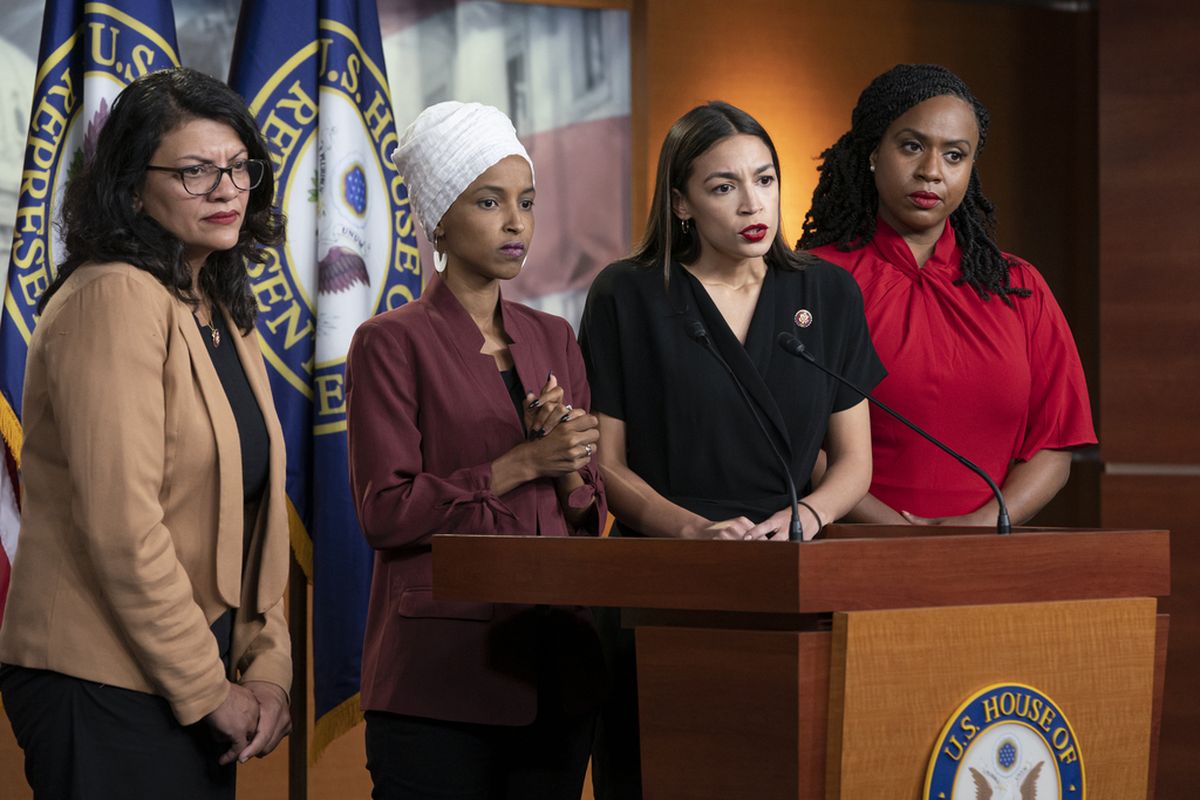 Have any members of “The Squad” ever been forced to sit in the back of a bus because of their race? Have they been denied the right to vote since the Women’s Suffrage Movement a century ago? Do you think they’ve ever had to drink from separate water fountains or use different public restrooms than whites? Maybe they’ve been hosed down by firemen to prohibit their freedom of speech to protest. Perhaps, I’m unaware that they’ve had growling German Sheperds sicced on them by a racist democratic city commissioner. Maybe the 1963 Equal Pay Act signed into law by President John F. Kennedy has somehow evaded their paychecks. Just maybe Affirmative Action, designed by black republican Art Fletcher, and implemented by republican president, Richard Nixon hasn’t given them opportunities to excel in higher education, though they’d be the only ones. The truth is “The Squad” owes America, our president and every little minority girl that looks up to them an apology.

Since when has female empowerment become about embracing anti-Americanism and victimhood as opposed to fighting for female advancement? Look, despite my poltiical differences with Alexandria Ocasio-Cortez and her girl band “The Squad,” I can’t help but to imagine the positive impact freshmen congresswomen Alexandria Ocasio-Cortez (D-NY), Ilhan Omar (D-Minn), Rashida Tlaib (D-MI) and Ayanna Pressley (D-Ma), could have on minority little girls that not only look like them, but look up to them. If they spent their time and energy encouraging little girls to take advantage of the unique opportunities America offers, rather than hatin’ on the country every chance they get, they’d do more to help those girls succeed than they’re doing now. I’m always amazed when minorities reach the pinnacle of success in America then turn around to tell their community that they can’t do it because a white bogey-man will stop them at every turn.

I’m not naïve. Racism and sexism in America will always exist in the hearts of a handful of individuals. That won’t change on this side of eternity no matter what law legislators dream up. But thanks to our Constitution and its amendment process, neither racism, or sexism in America is an impediment preventing minority women from becoming successful.

Consider “The Squad” themselves. In a nation of approximately 325 million people, these four women belong to the most elite and powerful group of 535 people in the entire world, the U.S. Congress. To put it into perspective, including both the upper and lower chamber, there’s one congressman or woman per every 607,477 Americans. That’s power! Yet, all Ocasio-Cortez and her 3 sidekicks can do is stir up derision amongst Americans and talk about how oppressed they are as “women of color.” Give me a break!

In fact, despite typical left-wing spin from the author, even the New York Times admitted in a recent column titled “Minority Women Are Winning the Jobs Race in a Record Economic Expansion” that Latino and black women ranked first and second respectively in employment rates over the last decade. “Hispanic women between 25 and 54, prime working years, have jumped by 2.2 percentage points since mid-2007, the eve of the Great Recession. That’s the most of any prime-aged working group. Black women came in second, adding 1.6 percentage points.” Additionally, according to U.S. Census data dating back to 2011, black women are slightly out pacing white and Asian women in earning college degrees.

Instead of telling minority girls how oppressed they are, “The Squad” should be telling them how far we’ve progressed as a society. They should be telling them how blessed they are to be an American despite our past. They’re doing these girls a disservice by driving this false narrative that their skin color and sex will hold them back from achieving their career goals and becoming the person God designed them to be.

AOC and her cohorts aren’t oppressed. They’re propagandists. I only wish they’d use their platform to tell little girls how they achieved success in America, rather than telling them that they stand no chance in America because they’re “women of color.”