The Carl Jackson Show and Blog
Home The Blog Political Are You Still Buying Biden’s “Unity over Division” BS? 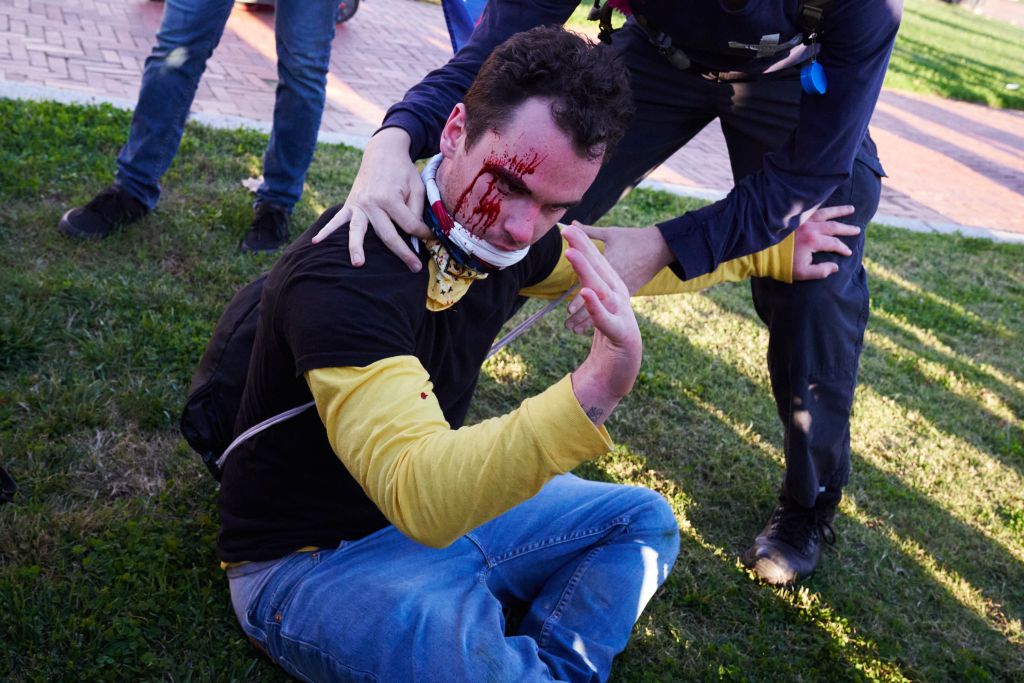 Leftist hate America as it exist. Conservatives love it. I don’t see room for compromise. There can be no unity with people who are actively attempting to steal a presidential election. There can be no unity with people that are willing to punch Trump supporters in the face simply because we have a different worldview. You can save all that “Unity over Division” BS from Joe Biden for the low information voters. Conservatives have nothing in common with leftists. Screw them!

President Donald Trump won a second term on Election Night by an electoral landslide, but the left and their allies in the mainstream media and big tech hate him so much, they decided that your vote shouldn’t count. Hundreds of thousands of Trump supporters gathered peacefully at the “Million MAGA March” rally in Washington DC last weekend to express their appreciation for President Trump. Some of them were violently attacked by Antifa and Black Lives Matter (BLM) terrorists as they returned to their hotels and vehicles. Others had fireworks launched at them while they dined outside. There can be no unity with leftists! They must be crushed at the ballot box, assuming we’re not a banana republic in a few years.

In case you’re still hoping we can compromise with the democratic party as it exists today, let me ask you a question:

Have you ever driven behind someone with one of those “COEXIST” bumper stickers on their vehicle? I hate those things. I’m sure the drivers mean well, but they’re clueless about the real world?” Can you imagine an Iranian or Chinese citizen with a “COEXIST” decal in their countries? Of course not! They would be killed, tortured or both by their totalitarian government. Albeit far off, our country is headed in this direction.

Americans have it so good compared to the rest of the world, we stopped appreciating our freedom. Now, voting every two years is no longer enough to save the country. Frequent conversations about American exceptionalism with our friends, family, neighbors and church goers when opportunities arise is a must. Our neglect to do so thus far has caused pro-socialist ideas to spread like cancer throughout our public and private schools, college campuses, churches and synagogues. Many Americans have embraced socialism simply because they don’t know any better. If these destructive ideas continue to take root in America, we’re finished. I can’t imagine what it’s like for legal immigrants to see Americans embracing an ideology they risked their lives to flee. If we succumb to the left, there will be no place for freedom lovers to escape to.

Don’t make the assumption that our constitutional system can withstand threats from within, or that democrats love America just as much as we do. Nothing could be further from the truth. Do you know any democrats that denounce socialism, Antifa or BLM?

These domestic terrorist groups have been spoiled by American greatness. So much so, they create grievances because it’s hard for them to find a purpose worth fighting for in life. Consequently, they’ve replaced moral absolutes with virtue signaling. Instead of living a life that pleases God by helping others, as defined by principles found in the Bible, they run around trying to impress each other by seeing who can be the most hateful and violent to patriots. That’s demonic!

These people don’t hate President Trump because of his policies – they don’t know them! They hate him because they’ve been brainwashed by left-wing media, globalists and academic elites to do so. The left has created a culture where it’s more important to feel good about yourself than it is to be good to others. This is what happens when nations abandon God.

Furthermore, most Americans used to believe in the nation’s motto: “E Pluribus Unum,” or “from many one.” We celebrated “true diversity” and “tolerance.” People from all different ethnic, religious, and cultural backgrounds came from around the world to become a part of this great melting pot. Despite our differences, we shared a common love for our Constitution and our flag. We embraced a common culture, the American culture. Not only were we unique amongst nations, but we were the envy of the world. Former President Barack Obama, our first black president, and one of the worst presidents ever, ruined that by vilifying America as he traveled around the globe on an apology tour. The country that blessed him so richly was not worthy of his gratitude.

If Joe Biden is allowed to build on Obama’s legacy, we can expect a government that’s ruled by activist judges, funds abortion, censors people of faith and conservatives with the help of big tech, taxes us into poverty, embraces amnesty, uses our military for social experiments, forces us to accept inferior healthcare and in the name of “man-made global warming” will use junk science and alarmism to redistribute our wealth and force us off of reliable, clean and inexpensive fossil fuels and unto renewable energy, which is neither cost effective or as clean as the left claims.

Joe Biden and Kamala Harris and will be a disaster for America. America is a nation governed by the rule of law, not the rule of man. A Biden Administration would fundamentally change that. How can we unite with that?