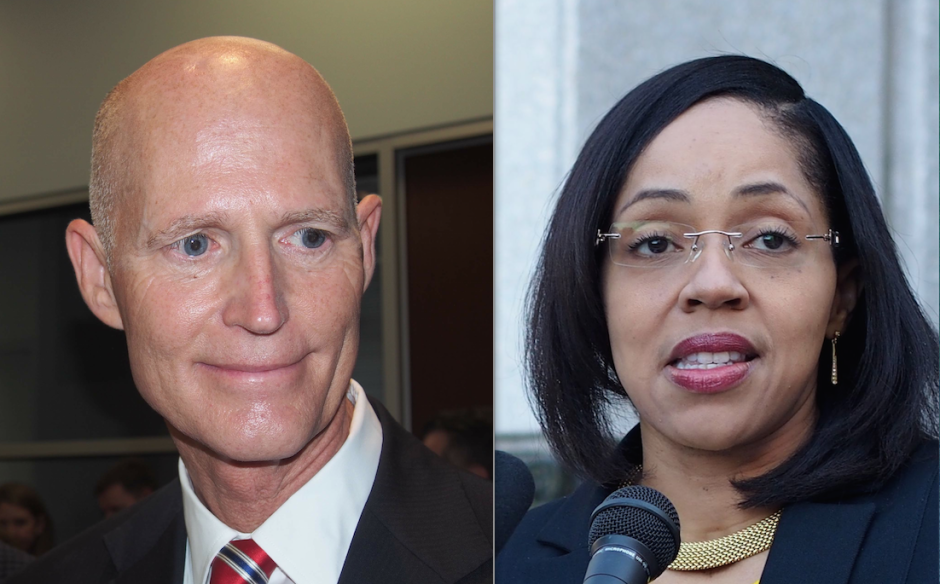 Social justice diva Aramis Ayala, state attorney for Orange and Osceola counties in Orlando, Florida, decided not to seek the death penalty against accused cop-killer suspect Markeith Loyd. As a result, Gov. Rick Scott recused her and assigned the case to State Attorney Brad King. I was invited on our local affiliate Fox35 to discuss the merits of the death penalty concerning this case. However, it didn’t take long for my blood to begin boiling as I began contemplating the negative impact black social justice advocates often have on my community, even if they’re well-intentioned.

Social justice progressives are quick to look in the rearview mirror when it comes to racial and economic injustice, but rarely look in the mirror at themselves. They are hard-pressed to recognize actual progress when it comes to race relations in America. Instead of dialogue, they protest. Too often their claims are centered on symptoms plaguing the black community rather than some of the larger diseases that are self-inflicted.

Forty years ago, 25 percent of black children were born into single-parent households. Today, that number has tripled. Additionally, according to a report from the Department of Justice, although blacks make up only 13 percent of America’s population, we commit over 50 percent of the nation’s homicides. Is it so difficult for Aramis Ayala to understand how these numbers will have an adverse effect on her own community, not to mention how we’re policed?!

Let me be emphatically clear. I personally believe there is room for improvement when it comes to sentencing guidelines in our justice system. There are many instances when the punishment doesn’t fit the crime. But that isn’t Ayala’s argument. State Attorney Ayala is a Black Lives Matter sympathizer who believes our correctional institutions are inherently racist. But these institutions didn’t pick their inmates arbitrarily.

By stating in a news conference Thursday morning that she would not seek the death penalty in “any” case under her administration, including the case against Markeith Loyd, she displayed an inability to discern the difference between social justice and true justice.

If black lives matter to her, why not side with all of the black victims Loyd killed? His baby was killed; his black ex-girlfriend Sade Dixon was killed; black Lt. Debra Clayton was murdered; and black police officer Norman Lewis was killed in a traffic accident during the search for Loyd.

Additionally, Ayala raised concerns about the cost of pursuing the death penalty as opposed to rendering a life sentence. According to her research – and I have no reason to doubt it – it cost more to keep a death-row inmate incarcerated than it does a lifer. However, she’s a Democrat! When did she start caring about spending other people’s money?! They spend money like it’s going out of style! President Obama doubled the national debt, and I guarantee she voted for him twice. George Soros bolstered her campaign by infusing it with over $600,000, a race that should cost no more than $75,000. Ayala didn’t turn that down because it was excessive! Furthermore, consider the costs to the victims’ families – lost income, funeral arrangements, etc. – not to mention the impact social justice warriors could have on Orlando’s tourism economy if travelers felt this place was no longer safe enough to risk visiting Mickey Mouse.

Social justice warriors are the types of people who schedule an oil change after their car engine has blown. Similarly, they focus on “injustices” in the correctional system rather than the preventative maintenance required in our own black community. Aramis Ayala didn’t help her cause by refusing to use the death penalty when necessary – she helped criminals.