The Carl Jackson Show and Blog
Home The Blog Political I Was At The Valdosta Rally. Here’s What The Media Missed. 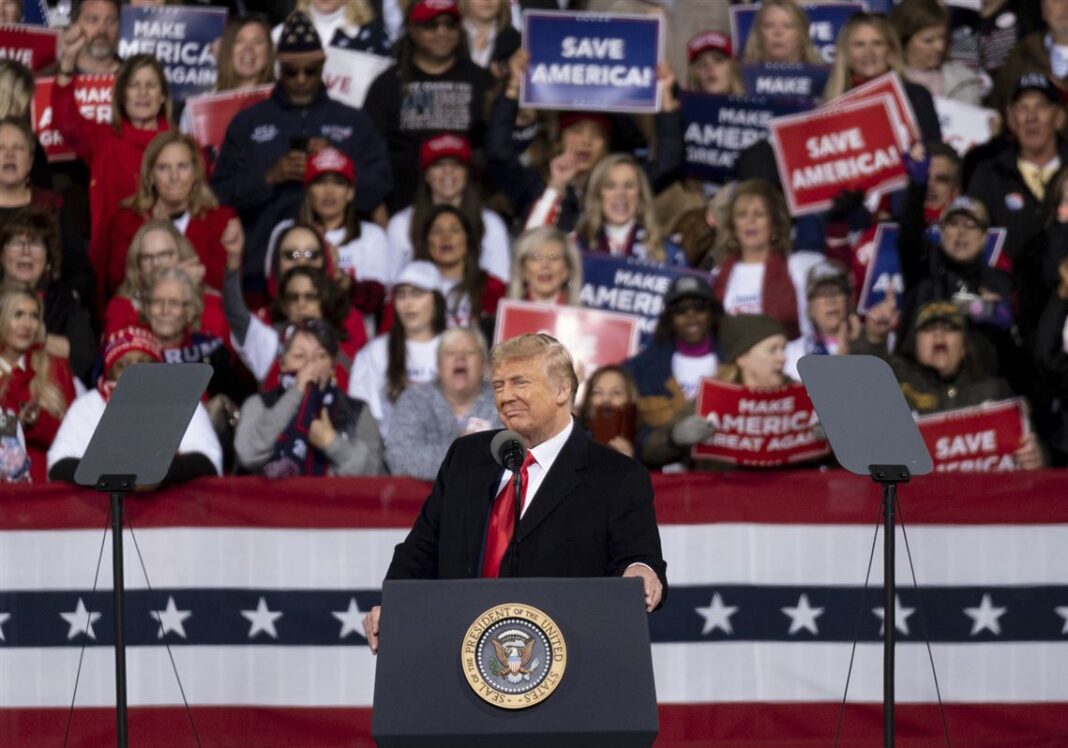 I wish every American could attend a Trump rally. I attended a couple of them in Central Florida as a local media personality, but the Valdosta rally was the first time I got to hang around with with my people in the crowd. It was one of the most exciting and unique experiences you can imagine. Here’s what happened:

On Sunday afternoon a friend of mine joined my wife and I on a road trip to Valdosta, Georgia, for the Victory Rally, featuring President Trump and Republican Senators Kelly Loeffler and David Perdue. Both senators are in runoff elections against their radical Democratic opponents, Raphael Warnock and Jon Ossoff. The races will be decided on January 5, 2021, unless Democrats magically find eleventh hour absentee ballots underneath a conveniently placed table. The outcome of these races will determine the direction of our country.

We decided to travel to Georgia because we wanted to show our support for President Trump’s effort to fight for fair elections as well as see if there was any enthusiasm for reelecting Sens. Loeffler and Perdue. There was, but it was conditional. I’ll get back to that shortly. What we didn’t expect was the immediate camaraderie we felt among fellow patriots. But even more impressive was how many people were willing to show up for a “post-election” rally that was literally located in the middle of nowhere – this point can’t be overstated! There must have been 25,000 or more people there.

The Valdosta airport is in an obscure location to say the least. We arrived approximately 90 minutes before the rally began and we parked 1.5 miles away in one of the many fields apparently designated for the event. They were huge fields blanketed by pickup trucks and tall dry grass that looked like hay. It was obvious the areas had been cleared with a brush cutter of sorts. It was frigid and cold. The temperature was 46 degrees. If this were a normal day, given the locale of the parking, I would’ve assumed we were right smack in the middle of a hunting excursion. The point is, both the geography of the rally, and the fact that this was a post-election rally made this particular event and the crowd size far more impressive than the rallies I attended in the past.

Thankfully, after walking nearly a mile we spotted large charter buses taxiing people back and forth to the airport. There must have been a couple dozen of these buses. The logistics it took to pull off this event and make it run as smoothly as it did was nothing short of impressive.

Furthermore, the left would’ve been so proud of the diversity of the crowd, wink-wink. On the bus, we were seated next to straight up hillbillies, directly behind us sat some Christian/Rastafarian type black guys with dreads that broke out in song singing “the Zion train is coming your way,” followed by “the Trump train is coming your way.” In front of us sat some Latino veterans and a black married couple that drove down from South Carolina to support Trump. Two white women that drove down together from Alabama were hilariously funny. It honestly felt like we were on a road trip with long lost friends. We had some great conversations. As a black man, one of the conversations I had that was most interesting to me was with a retired Georgia cop that happened to be white. As one of the ladies from Alabama said jokingly, we were “red-pilling” each other. We all shared a common bond. We love our country, we love freedom, and we love our president.

Admittedly, what was most surprising to me and somewhat alarming were the amount of Chinese people there sounding the alarm against communism. Not only were they in the crowd, but dozens of them were directly outside of the entrance passing out anti-communist and anti-CCP material. They were warning their fellow Americans of the dangers of communism and why a Joe Biden administration that’s friendly to China would be bad for America.

Circling back to Loeffler and Perdue, when they got up to speak the crowd shouted, “fight for Trump.” Every Trump supporter I met agreed that we needed them to win the Georgia senatorial runoff elections as a safeguard against socialism, but they also wanted the senators to know that they believed the presidency was stolen from President Trump and they expected them to do something about it.

In my view, the Valdosta, Georgia, rally was a true representation of what America really is – a bunch of people who don’t look like me, don’t talk like me, don’t dress like me, don’t have the same life experiences as me, and don’t always agree with me, but they love freedom and they love everyone who loves freedom too.

This article originally appeared on Townhall.com