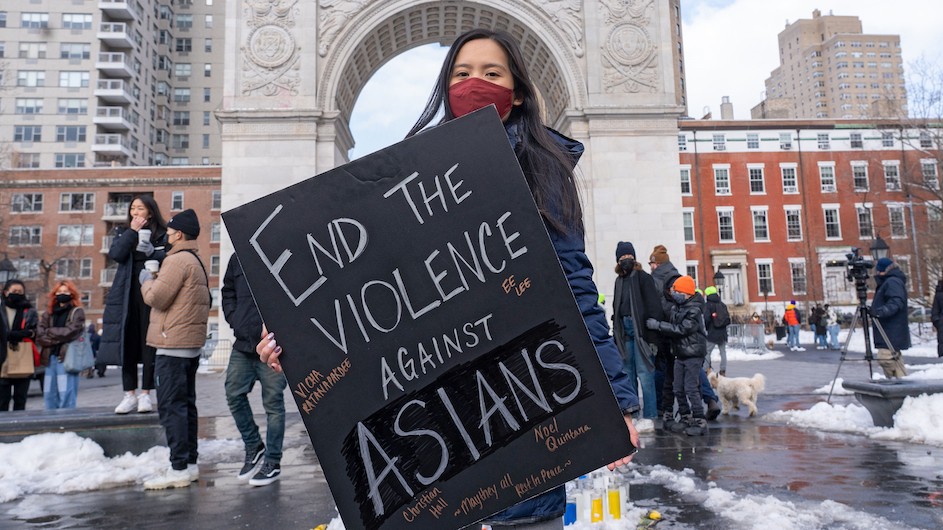 So-called “white nationalists” are not attacking Asian- Americans. If we’re being honest, the only ethnic group Asian-Americans should fear being physically assaulted by are blacks.

Sadly, there’s nothing new about attacks on Asians in America. What is new is the media’s obsession with the issue. Speaking from my own experience, attacks on Asians are all too common, particularly in the ‘hood. As a black kid and wannabe thug growing up in Los Angeles, I knew some great Asian people. That didn’t stop me or my friends from buying into the stereotypes that they were arrogant and purposefully buying up store fronts and property in “our” neighborhoods to push us out. My friends consisted of everything from black gangsters, Cholos (Mexican male gangsters), taggers, nerds (they do exist in the ‘hood) and athletes. Of course, our negative attitude toward Asians were reinforced by the great American philosophers, NWA. But as I grew older and wiser, I realized that Asians simply wanted a piece of the American Dream like the rest of us. The same American Dream by the way, that black liberals, mostly with college degrees, continue to claim eludes the black community.

The Atlanta Massage Parlor murderer gave the media the perfect storyline they lusted for in their continued efforts to destroy Trump post-presidency: an assassin that happened to be white, who murdered eight victims in cold blood, six of whom happened to be Asian. Despite the murderer’s confession that he killed his victims, not because of their race, but because he frequented two of their parlors that allegedly contributed to his sex addiction, the media continues to push the narrative that this was a “hate crime” by a “white nationalists,” which is code for Trump supporter. The media recently began reporting about a supposed escalation in anti-Asian sentiment in the U.S. by “white nationalists” that they desperately wanted to link to Donald Trump’s Covid-19 rhetoric. Up until the Atlanta murders, however, their efforts were futile because those with eyes can see the majority of criminals that physically assault Asians are black.

Take 26-year-old parolee, Teaunte Bailey of Oakland, California, for example, who is currently being held in jail without bond as the perfect anecdote for black-on-Asian crimes that occur all too frequently in America. Bailey was arrested for allegedly attacking a 75-year-old Asian man who was minding his own business during a routine morning stroll when Bailey jumped out of a vehicle and violently pushed the victim to the ground before stealing his wallet and phone. Later, the Asian man was pronounced brain-dead due to the injuries he sustained.

Lest you believe Bailey’s story is unique, according to the Department of Justice, Black-on-Asian crime in the U.S. occurs at a rate of 280 to 1.

Can you imagine the positive impact the mainstream media could have on the black community if they spent a fraction of the time and energy that they invest in demonizing white conservative men on highlighting issues, including violence, plaguing the black community? I have no doubt that patriarchs and matriarchs in the community would step up to the plate with solutions to address our endemic problems. Instead, it appears the media is content on keeping black people down by stoking anger at our fellow Americans all so they can secure votes for the Democrat Party. Until and unless that changes, I suggest Americans of Asian descent fight like hell to keep our Second Amendment intact.