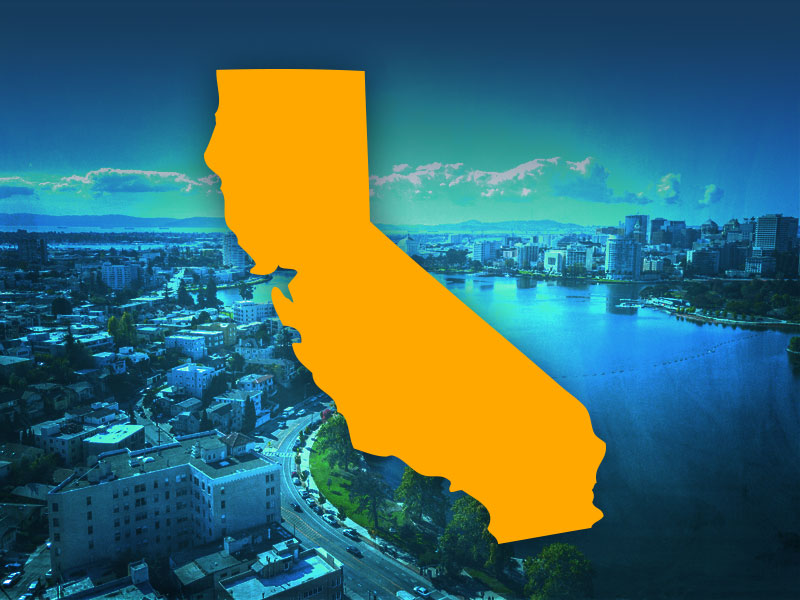 Californians, what do you have to lose by voting for Trump?! It’s time for democrats to defend the consequences of their democratic socialist policies that have ruined that state!

After visiting my hometown of Los Angeles, California a couple of weeks ago, for the first time in decades, I returned to Florida absolutely convinced that Donald Trump and the Republican party could recapture the state if the president would take Rush Limbaugh’s advice and campaign there. Everything that’s wrong with California is the fault of democrats! They can’t blame republicans for the mess they’ve created there! It’s a one-party state! Can you think of anyone better than President Trump that can spotlight the left-wing policies that have wreaked havoc on the citizens of California? I can’t.

Whether it’s homelessness, unaffordable housing, illegal immigration, abandoning efficient and affordable fossil fuel energy that has created wealth and career opportunities for middle-class Americans, an erosion of their middle class, or the lack of true diversity that exist  in the state because republicans and people of faith are bullied and censored, it’s time for someone to draw attention to democrats failure in California. Why not Trump? Why not now?

Think about this. If democrats have the audacity to try and take back Texas that’s a successful red state, why don’t we have the cajones to take back California that’s a failing blue state?

Despite spending billions of dollars to fix California’s homelessness crisis, it’s worse than ever! According to abc News in a column titled “Los Angeles Mayor Eric Garcetti takes ‘full responsibility’ after homelessness rises 12%,” In Los Angeles County alone, the homelessness crisis rose 12 percent in the last year under Garcetti’s underwhelming leadership to a total of 58,936 people. Furthermore, the streets of San Francisco are a mess, literally! They had to hire a “Poop Patrol” to clean up human feces on their streets because democrat politicians refuse to enforce public urination and loitering laws that are already on the books!

On top of that, unaffordable housing in California is preventing middleclass Americans from obtaining the American Dream of buying a home and securing a decent retirement for themselves. Even the jobs of some unionized labor, such as the International Brotherhood of Electrical workers (IBEW), are being threatened by big city mayors that have embraced Alexandria Ocasio-Cortez’s Green New Deal. Moreover, low-skilled and entry level workers are forced to compete for jobs and wages with illegal aliens. The gap between the rich and poor is widening there. And now, Governor Gavin Newsom wants to force California residents to buy healthcare for illegal aliens when legal residents can’t afford it for their own families because Obamacare destroyed the industry. When will California voters say enough is enough?!

It’s obvious that democratic elitists in California think their voters are too dumb to think for themselves. That’s why they employed the “jungle primary” system that leaves the top two vote getters in the primary election even if they’re both democrats. Not only does this drown out competing political ideas from the GOP and other parties, preventing voters from having a real choice between candidates, but it also explains why California continues to creep further left to their detriment, and why they’ve become so intolerant of anyone that doesn’t subscribe to liberal group think.

But it wasn’t always that way in California. There was a time when republicans had a lock on the state. According to a column in the L.A. Times titled “After decades of Republican victories, here’s how California became a blue state again” in virtually every presidential election from 1952 through 1988 republicans won the state. What changed? According to the column it was the surge of Latino and Asian immigrants in the 1990s that were unhappy with the GOP stance on immigration.

Although it would be a Herculean task for the GOP to win back California, it’s not impossible with Trump. The jobs and lifestyles of “legal” immigrants there are threatened by left-wing policies, including amnesty for “illegal” immigrants too. Furthermore, all of the failed policies of the left are on full display for the entire nation to see, if only someone would put them under a microscope. There’s no republican politician in California with a platform large enough to expose democrats failed policies in California. Trump has the pulpit and the courage. We should utilize his microphone and his courage to make California great again.

Sadly, most victims aren’t famous enough to garner national headlines. Thanks to media, when outsiders think of California, they typically envision the glitz and glamour of Hollywood. Tabloid stories of entertainers may canvas websites and magazines, but Hollywood, despite its cultural influence, isn’t normal for anyone, including regular Californians.