The Carl Jackson Show and Blog
Home The Blog Sports Mayweather, McGregor and the Miracle of America 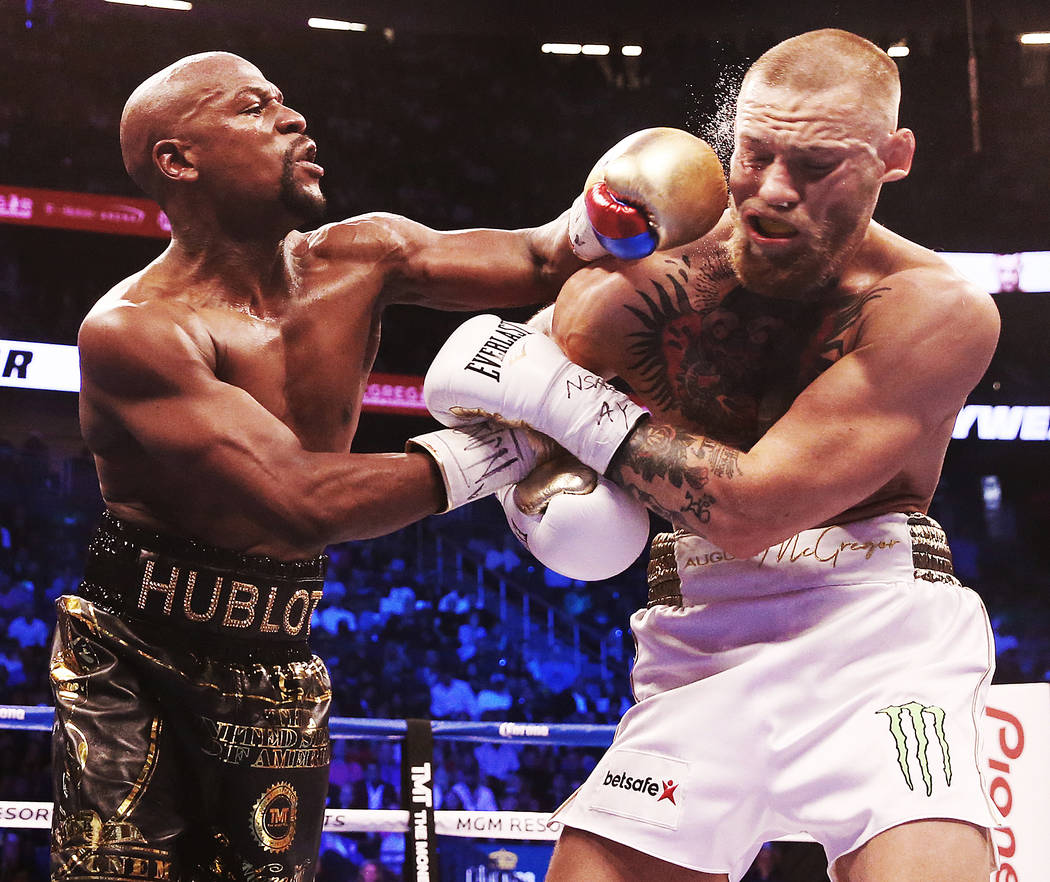 Where else in the world is it possible for an illiterate black man and a big-mouth Irish fighter, who stood in the welfare lines of Dublin, Ireland, just four short years ago, to potentially earn a payoff of eight to nine figures in one evening? Let me answer that. Nowhere!

Saturday night’s pay-per-view super-fight between boxing’s biggest superstar, Floyd “Money” Mayweather, and the UFC’s biggest MMA (mixed martial artist) superstar, Conor McGregor, did more than bridge the divide between the two combat sports; it showcased the opportunities within America’s borders because of our capitalistic system.

The difference between those that succeed in America and those that do not has nothing to do with “the man” trying to keep you down and everything to do with a belief in our constitutional system, opportunity, and a recognition and application of one’s God-given talent. Have you ever wondered why so many immigrants can come to America and thrive, while so many native-born minority Americans waste time and energy decrying the so-called injustices that won’t allow them to get ahead?

America’s illegal-immigration problem doesn’t exist because America is a racist, bigoted, homophobic and xenophobic nation like extreme left-wing Democrats would have you believe. Immigrants, legal and illegal alike, flock to this country at the tune of approximately 1 million per year because it’s still the land of opportunity – where dreams come true. Often times, America is the exception to the caste systems in immigrants’ home countries, where what family you’re born into determines how far you’ll go in life.

Proverbs 22:29 (NIV) reads: “Do you see a man skilled in his work? He will stand before kings; He will not stand before obscure men.” Notice, ethnicity is not mentioned.

Belief and confidence are powerful factors that cannot be underestimated. Those that believe that they can accomplish their dreams will set out a plan to do so. That may entail going to college, a trade school, a seminary, working your way up to management at a franchise, undergoing an apprenticeship in a field you love, or even building your own business. The difference between Floyd Mayweather and Conor McGregor and your typical Black Lives Matter or Antifa activists is that the two fighters believed in themselves, and they believed they lived in the land of opportunity. Your average left-wing protester, however, believes the world is against him no matter what he does or how hard he works. As a result, Mayweather and McGregor had the confidence, drive and belief within themselves to pursue their dreams, while activists waste time complaining about how the system is rigged against them.

Belief in and of itself is not enough to succeed in America. It’s imperative that you pray (if you’re a Christian like me) for an opportunity to present itself and prepare yourself to take advantage of that opportunity when the time comes. I can’t tell you how many times I’ve been given opportunities by whites because they’ve admired my attitude and work ethic – admittedly, even at times when I doubted my own ability. It’s amazing to me how often opportunity begets more opportunity simply because I was ready when the time came.

Lastly, identifying your strengths and weaknesses is a must. Not all of us can be a Mayweather or McGregor. We all have to recognize the God-given talent and interest God has placed within our own hearts, rather than trying to be someone we’re not. I believe we were all created for a purpose, and we go astray when we begin worrying about keeping up with the Joneses. Success is a relative term. I may never have the earning potential of a premier athlete or a corporate CEO, but if I can figure out a way to earn an income doing what I love, invest in God’s Kingdom and my family, which is all that will matter in the end, and put some money aside for a rainy day and retirement, I’m better off than 95 percent of the world.

Never forget that because we live in America we can dare to dream, and while we argue back and forth about how bad we have it here, there are foreigners all around the globe hoping one day they’ll have it just as bad as us – and by bad I mean good.