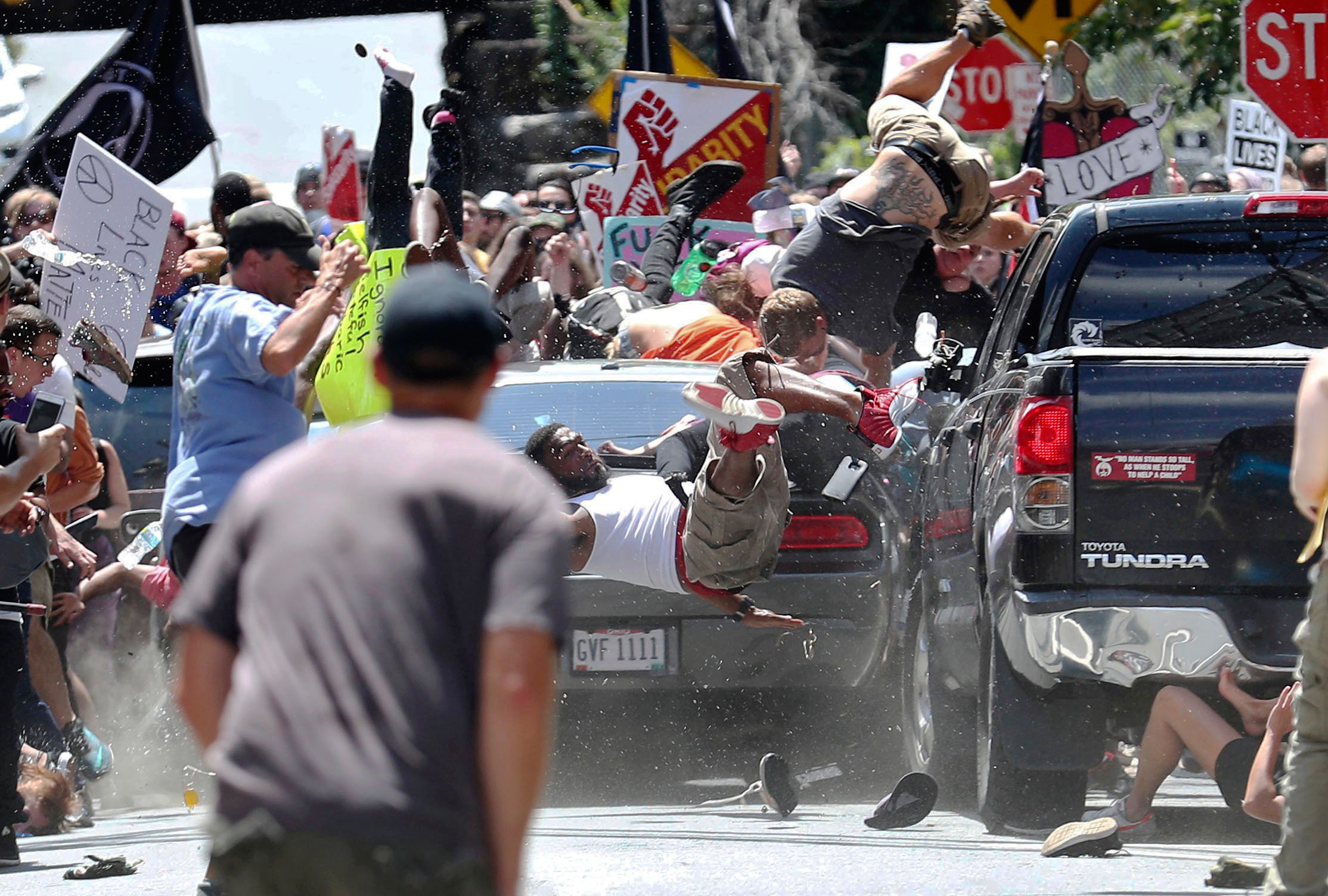 Despite my hatred for the Ku Klux Klan (KKK), a terrorist organization created by Democrats to terrorize black Republicans during Reconstruction, they have the right to peacefully assemble and protest. Having said that, free speech is not free of consequence. In my view, those that lend racists a platform to spew their hatred are accomplices to evil.

Thanks to civil rights and societal pressure, I’m doubtful that the KKK and alt-right make up one-tenth of 1 percent of America’s population, despite media reports to the contrary. However, as conservatives, it’s important that we recognize real racism when it’s on display, denounce it clearly and emphatically when and wherever it surfaces, remind people that Republicans are the party of Abraham Lincoln and civil rights, and examine our own hearts before God so that we don’t harbor hatred for any reason, let alone based on skin color.

I’ve been clear and consistent over the years that I believe President Obama is responsible for setting race-relations back in America a generation because he refused to speak out against the racist propaganda of Black Lives Matter, which ultimately resulted in violence, riots, looting and the assassinations of cops across the country. In the same way, Saturday’s terrorist attack in Charlottesville, Virginia, at the hands of James Alex Fields Jr. was deserving of clear and emphatic condemnation by President Trump. We initially didn’t hear that. Instead here’s what he said:

Huh?! There can be no ambiguity when confronting evil. I believe the president was attempting to condemn the Antifa (anti-fascists) movement whose supporters attended the rally in Charlottesville as counter-protesters, but became violent themselves. As you may recall, the Antifa movement has been responsible for protest, violence and censorship on college campuses against conservatives like Ben Shapiro, Heather Mac Donald, Ann Coulter and more. In other words, Antifa has resorted to fascist, police-state tactics they claim to oppose. Nonetheless, the president missed an opportunity to unite Americans against hatred by not specifically denouncing white supremacists, the KKK and the alt-right on Saturday.

Republicans are rightly concerned. They can’t afford for Republican voters that sat out the 2016 election to conflate conservatism or Republicanism with the alt-right. President Trump unnecessarily courted the alt-right during his campaign and brought their homeboy Steve Bannon, who provided them a platform on Breitbart, into the White House. Ben Shapiro of the Dailywire wrote:

“One of the hottest takes from the Left is that the alt-right represents the entire right – that what happened in Charlottesville, Virginia, represented conservatives broadly. That’s factually incorrect, and intellectually dishonest. The alt-right is not just conservatives who like memes or who dislike Paul Ryan. The alt-right is a philosophy of white supremacy and white nationalism espoused by the likes of Vox Day, Richard Spencer, and Jared Taylor.” He went on to say, “They openly acknowledge their antipathy for the Constitution and conservatism; they believe that strong centralized government is necessary to preserve ‘white civilization.’ They label all their enemies ‘cucks’ – men in favor of ‘race-mixing.’”

Enough is enough Mr. President! Denounce these people clearly and emphatically and get this distraction behind you!

As for the rest of us, God judges our hearts individually. There is no affirmative action plan to get into heaven. You can be a racist if you’re black, white, Asian or Latino. You can also be part of the solution to ending racism no matter what race or ethnicity you are by refusing to let hatred reside in your own heart. It’s time to expect more from our leaders and ourselves.