The Carl Jackson Show and Blog
Home The Blog Sexuality Lifting Gay-Blood Ban: What About Science? 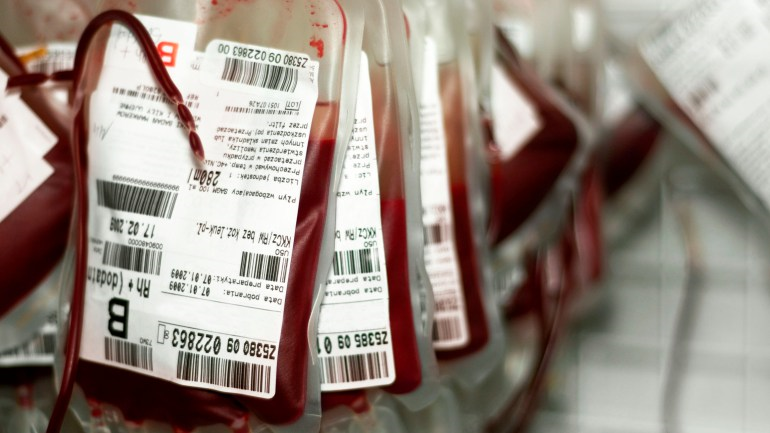 Although HIV/AIDS is no longer the automatic death sentence it once was due to advanced treatment, it doesn’t mean Uncle Sam has the right to play Russian roulette with our lives.

All people are equal in God’s eyes, but not all human relationships are. While it’s true that gay couples are capable of loving one another and expressing their love through sexual intimacy, just as heterosexual couples, it is not true that both relationships should enjoy equal status in society. This is not bigoted, but fact that has been nullified by political correctness to the detriment of our country. Science still matters.

Can gay couples conceive babies to build and sustain a society? No. Can gays produce new taxpayers to maintain a government? No. Does this mean that gays don’t deserve dignity, respect and equal rights – not “extra” rights? Of course not!

Now that we’re being honest, let’s talk about Obama’s Food and Drug Administration’s dangerous reversal of the lifetime ban on accepting blood donations from men who have had sex with men (MSM). If you watch TLC or HGTV, you may be surprised to know that gays only account for 2-3 percent of America’s population, not 50 percent as these networks like to portray. The networks want to normalize homosexuality. I get it! The FDA, on the other hand, wants to pretend as though HIV/AIDS is not primarily a gay male disease – it is! Not exclusively, to be fair, but primarily. To say otherwise is simply a lie.

In a press release last week, FDA Acting Commissioner Stephen Ostroff, M.D., said “the FDA is changing its recommendation that men who have sex with men (MSM) be indefinitely deferred – a policy that has been in place for approximately 30 years – to 12 months since the last sexual contact with another man. The FDA’s responsibility is to maintain a high level of blood product safety for people whose lives depend on it. We have taken great care to ensure this policy revision is backed by sound science and continues to protect our blood supply.” What!? I suppose the science is as “sound” as “man-made climate change.” Give me a break!

Why is the FDA into the blood donation business anyway? Don’t they have some Chipotle franchises they need to be concerned about right about now? If there’s no additional risk associated with blood donations from gay males than heterosexual couples, I wonder if the FDA can explain the following numbers by their homies at the Center for Disease Control (CDC)?

According to the CDC, although gay and bisexual men account for just 2 percent of the U.S. population, they make up 61 percent of all new HIV infections that occur annually. Approximately 50,000 new HIV infections are diagnosed annually in the U.S. Four percent of new infections in 2006 were a result of gay men with injection drug use (IDU), and virtually all of these numbers have remained stagnant up through 2014. Homosexual men “were 44 to 86 times as likely to be diagnosed with HIV compared with other men, and 40 to 77 times as likely as women.” Oh, and speaking of women, as of 2010 they made up 20 percent of new HIV infections in the U.S. More than 15,000 HIV patients died in 2010 alone, yet the FDA wants us to believe “there’s nothing to see here – move along!”

According to the FDA, blood donation policies have reduced HIV transmission rates from blood transfusions from 1 in 2,500 to 1 in 1.47 million. I know what you’re thinking. You’re thinking, why would the FDA change a policy that’s actually working? According to Newsmax, they wanted to “make that regulation equal to those that govern other people who have increased risk of HIV infection, including people who have had recent blood transfusions or who have been accidentally exposed to someone else’s blood.” How nice of them.

I, on the other hand, believe something more sinister is going on at Obama’s FDA. I’m convinced that the left believes they’ve won the moral battle in our culture when it comes to the normalization of homosexuality – the “spiritual” battle, if you will. Now they’re determined to win the “scientific” battle – all for the sake of transforming America from a Judeo-Christian nation to a secular one.