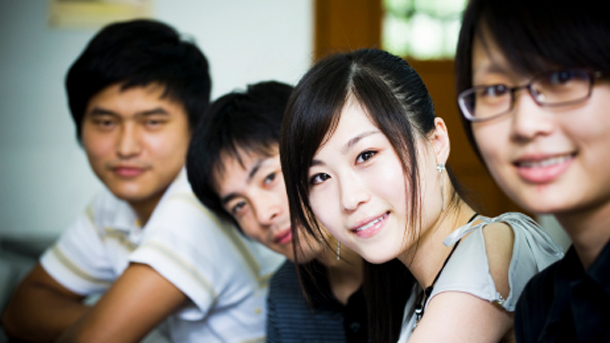 The American Dream is free for all who choose to take advantage of it. Fewer leftist believe that to be the case today, but legal immigrants know better. In fact, if the rest of the world thought the “American idea” was as horrible as so many Democrats claim, we wouldn’t need a border fence, would we?

It’s easy to shout “America sucks!” when you’ve been coddled by her liberties all of your life. However, for Asian parents and students in New York City who have seen the world beyond America’s borders and weren’t impressed, nothing less than success is acceptable in the “land of opportunity.” They’ve run into a small problem, however: School authorities and non-Asian parents in NYC are doing everything in their power to assure that these kids don’t succeed. It’s truly an authentic case of “misery loves company.” Let me explain.

In her column for the New York Post last week, entitled “From NYC to Harvard: the war on Asian success,” Betsy McCaughey explained that 2015 was a bad year for American public education. American teens ranked 28th in math and science, when compared with teens in other countries, including poor countries. But, guess who’s at the top of the list. You got it! While America’s teens race to scrape the bottom of the educational barrel, despite spending more money per student than most of the industrialized world, Asian countries, such as Singapore, Hong Kong, South Korea, Japan and Taiwan, top the chart – and no, I’m not talking about America’s Top 40 music chart for all of you liberals out there.

There’s no other way to put it: American students are becoming dumber! U.S. scores on the main test for elementary and middle school fell drastically last year. Furthermore, for those teens entering college, SAT scores are significantly down. Evidently, teaching racism, revolution, rioting, rhetoric, income-inequality, gender-equality and how to place a condom over a banana in our government-run schools is no longer enough to compete with the rest of the world. Improving on reading comprehension, writing, arithmetic and good old-fashioned studying is still the recipe for success. Who knew!? I’ll tell you who knew … foreigners!

The little commies in the Big Apple, however, are blaming some changes in the tests for the declining scores. Unfortunately for them, we know better. Despite coming from poor or immigrant families and being disadvantaged by language barriers, many of the Asian students are outscoring all other students by large margins on both tests. Additionally, their lead keeps widening. In NYC alone, Asians account for just 13 percent of the population, but they win half of the city’s coveted slots each year for “selective public high schools.”

So what’s the secret to Asian-American success? Larger brains? No. Asian privilege (akin to white privilege, but not quite as high on the racist-o-meter)? No. Wealth? No. Cheating? No. Avenger-like super powers? That one, I can neither confirm nor deny. Kidding! Of course not! It’s parenting! Betsy McCaughey noted in her column “a recent study by sociologists from City University of New York and the University of Michigan, which showed that parental oversight enabled Asian-American students to far outperform the others. They tend to oversee their children’s homework, stress the importance of earning high grades and instill the belief that hard work is the ticket to a better life.” This was common sense just 20 years ago!

Contrast that to American parents that are all hot and bothered in the West Windsor-Plainsboro Regional School District in New Jersey, which “routinely produces Asian seniors with perfect SAT scores, admissions to MIT and top prizes in international science competitions.” The non-Asian parents are “complaining there’s too much pressure and their kids can’t compete. Superintendent David Aderhold apologized that school had become a ‘perpetual achievement machine.’” Wow!

This also brings up a topic for another day: It may be time to tell Enrique, Claudia and Jermaine that the trade school down the street specializing in auto mechanics, welding and metal work, culinary arts, woodwork, plumbing, hair styling and cosmetics, etc., may be a better career path for them.

Can you imagine how quickly leftists would lose their monopoly on public education in America if more parents realized that government programs like “Race to the Top,” “No Child Left Behind,” and early daycare was not a recipe for their child’s success? Nowadays, so many parents rely totally on teachers for their kids’ success. Unfortunately, teachers and overpaid government bureaucrats will never be as invested in your child’s education as you.

New York City Mayor Bill de Blasio knows this! So why deny Asian-American students the educational success they’ve earned? It’s simple, really. Asian-American success undermines the left-wing premise that “the odds are stacked against the little guy in America.” In other words, your child’s misery is job security for corrupt politicians.