The Carl Jackson Show and Blog
Home The Blog Political Ivanka Trump: You’re One Of Us Now 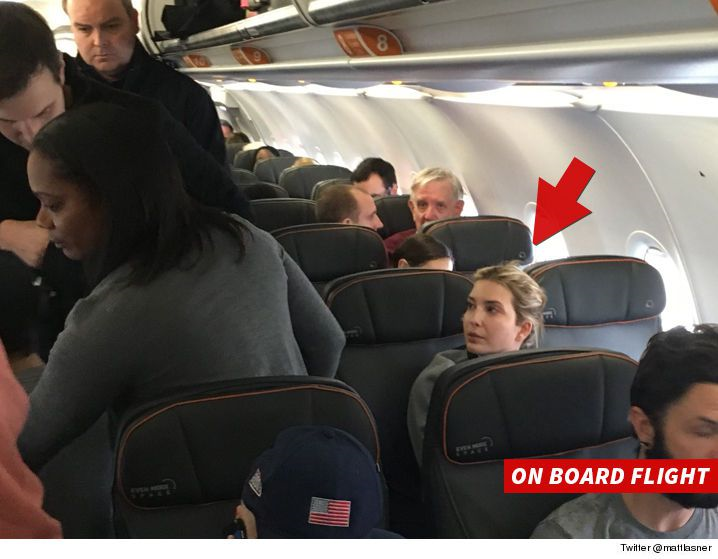 This week Ivanka Trump got a little taste of what it feels like to be a Republican in America today, even though she’s a Democrat. Dan Colen and other liberal artists demanded she remove their artwork from the wall of her New York city apartment after she posted them on Instagram. And, the latest news, as reported by WND, is that the daughter of President-elect Trump was verbally accosted by a left-wing nut and fellow passenger on board a Jet Blue flight while her children looked on.

Ivanka better get use to this type of behavior from the left – particularly while her dad is in office. Her father is the next Republican president, and that’s all that matters to liberals. It’s guilt by association – they hate her because they hate him, and he hasn’t even been sworn-in yet.

What she’ll have to realize, and preferably quickly, is that there’s no amount of philanthropic causes she can donate to, government programs to benefit the underprivileged she can champion, or social media posts that will sustain or elevate her socialite status amongst elites, no matter how popular, trendy, beautiful and rich she is. Secondly, liberals often project their own venomous hostility onto conservatives. They really believe the fairytale-like myths that Republicans hate the air we breathe, the water we drink, women, gays, science, equal opportunity and Al Gore … well, there may be a bit of truth about Al Gore. Other than that, their claims are erroneous at best! Sadly, they suspect we’d act as acrimonious to them as they do us in public. Yet, you’d be hard-pressed to find the evidence that this sort of vitriol is normative amongst conservatives or Republicans. Lastly, as far as the left is concerned, Republicans can’t relate to the plight of the average citizen because we’re all rich, racist homophobes.

Don’t believe my theories? Consider the passenger on the Jet Blue airliner. According to TMZ, he held his kid in his arms even while he unleashed his tirade against Ivanka Trump, who was seated next to her children. Evidently, this guy doesn’t know or care that Ivanka has more in common with his side of the aisle than ours and she advises her dad. Yet, he tells her “your father is ruining the country.”

Now, if I can rewind for a second. Does anyone else have a problem with a grown man accosting a woman publicly while her children watch?! No one stood up for Ivanka? No matter who she is, where is our decency?! Oddly, liberals believe this behavior is justified because they assume we’d react the same way or worse. However, Ivanka was the one minding her own business. I’m sure she’s thinking about how to unite the country rather than divide it.

Finally, let’s face it. Flying commercial, however down to earth it is, is a serious security risk for the Trump family now. I’m sure Ivanka wants her children to be as normal as possible. Undoubtedly, she wants to remain as normal as possible. I think it’s also safe to say she wants to be able to relate to the “little guy.” None of that matters to the left. As long as there’s an “R” after her dad’s name, liberals will find an excuse to despise her. Consider this quote from the Jet Blue passenger: “Why is she on our flight? She should be flying private.” He expects her to act snobby, and she wasn’t giving him what he wanted.

Persuasion doesn’t always work with Democrats. Policy will. However, it may take a decade or even a generation for them to realize it – case in point is Ronald Reagan. Therefore, the best thing Ivanka can do for the country and the “little guy” is help her dad adhere to the Constitution. She can’t worry about being liked anymore. She has to be effective, and one day she’ll gain the left’s respect.

Meanwhile, let us pray that the child of the Jet Blue passenger grows up to be a Christian conservative. That would be some sweet poetic justice.