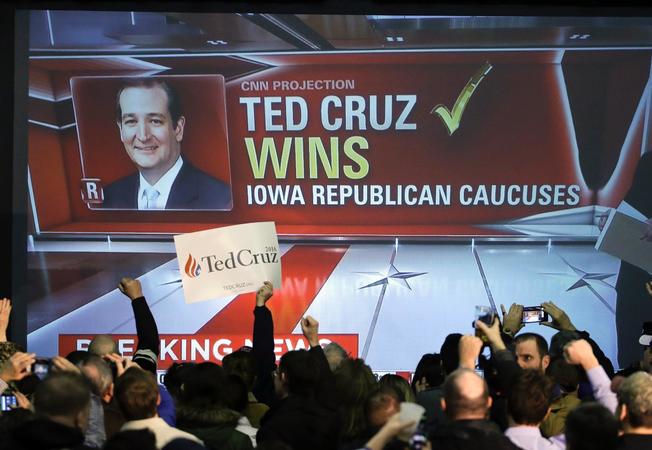 Sometimes I wish I could stomach being a Democrat. Why? Not because I believe in any of their policies, but because they know how to win elections and drag the country into socialism with every chance they get, hence the word “progressive.” The first Latino presidential candidate ever to win the Iowa caucus happened to be a conservative Republican senator out of Texas named Ted Cruz. Since his victory, what have you heard from the GOP leadership, the tea party, media and even rank-and-file Republicans? Crickets! Whether you like Ted Cruz or not, the left would never make this mistake.

Despite being biracial, President Obama will always be known as the “first black president,” perhaps rightfully so. Democrats will wisely and predictably utilize that talking point for decades to come to deter blacks from exiting their party. On the other hand, white, racist, Bible-thumping tea party Iowans gave a Latino their sacred vote, and we don’t even take time to recognize it. No headlines, no celebration, nothing! Shame on us! What do we do instead? We immediately turn our attention to the third-place finisher, the preferable Latino, I presume, Marco Rubio. Furthermore, we convince ourselves that anyone who wins Iowa surely can’t go on to win the nomination – despite knowing that in 2008, Mike Huckabee didn’t have the organization or the finances to capitalize on his Iowa victory. The same was true for Rick Santorum in 2012, even with the Iowa caucus debacle that didn’t declare him the winner for nearly a week.

Consider the fact that everyone and their mama came out against Sen. Cruz, yet he won Iowa anyway. Jerry Falwell Jr., president of Liberty University, endorsed Donald Trump, as did Sarah Palin, former Sen. and GOP presidential nominee Bob Dole, and even John McCain made it clear he preferred Donald Trump before the caucusing began.

Iowa Gov. Terry Branstad virtually endorsed Donald Trump himself, strongly condemning Cruz for coming out against government welfare in the form of ethanol subsidies. The governor’s son, a lobbyist, followed Ted Cruz’s campaign around like an ankle-biting chihuahua, causing a ruckus at his campaign stops. The result: Iowan voters repudiated government welfare.

Republicans don’t have a diversity problem. They have a presentation problem. Even liberal Latino’s would appreciate a fellow Hispanic rising to the heights of success. They’re much more forgiving and fair when it comes to political issues than blacks. If you give their community something to take pride in, they do! We missed it! Why? Because we’re too concerned about Ted Cruz’s negatives than strategically growing the base, without compromising our principles.

For years Republicans have been told we’re angry, warmongering, money-hungry bigots. We’ve failed to correct those narratives along the way. When you’re speaking with your liberal family member or neighbor, aren’t you pleasantly surprised when you realize you have more in common than not? On a micro level, one-on-one conversation is often the best way to persuade those on the left when communicating our values. On a macro level, conservatives need to learn how to capitalize on any victory that discredits the negative labels imposed on us by Democrats.

George W. Bush’s unwillingness to celebrate his accomplishments during his presidency allowed Nancy Pelosi, Harry Reid, their cohorts in the media and the Democratic Party to define his entire presidency. As a result, we got President Obama. Judging by the results of the Iowa caucus, it appears we haven’t learned our lesson.

Thank God the Democrats don’t have a Latino in the race. There’d be bumper stickers by now.