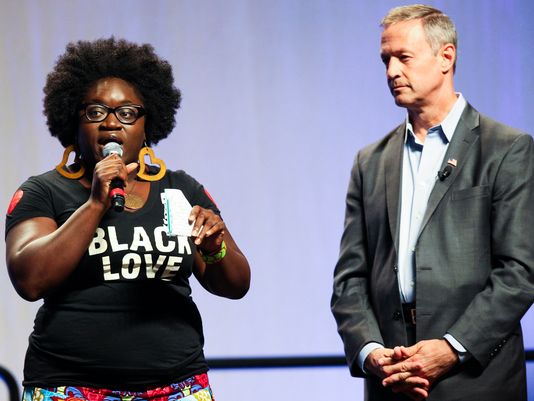 As the Republican presidential candidates jockey for the White House in 2016, President Obama and the Democrats are vying for your house, your neighborhoods and your dreams — all under the guise of “fairness.” Whether it’s at the ballot box, in your neighborhood, or through amnesty, the left is aiming to create a single-party government.

While political junkies like myself were salivating with anticipation for the first GOP debate, President Obama and his minions were celebrating, or should I say “milking,” the 50th anniversary of the 1965 Voting Rights Act. Just this week, a federal appeals panel in Texas of all places ruled that a voter identification law discriminated against minorities. Why? Because it requires that voters bring a “government-issued” photo ID to the polls. I’m sure all of the new illegal-alien voters in 2016 will be thankful to Texans for providing their food stamps, which of course will require ID in order for them to receive them.

The Department of Justice and “civil rights activists” were concerned that measures taken by Texas to curtail early voting and same-day registration (code for cheating!) and voting would disproportionately affect minorities. If the left seize Texas, America as we know it is over. This decision by the court could invite federal oversight over Texas voting laws. The Democrats are seeking to eliminate an opposition party. With the influx of illegal aliens, financial backing from the likes of George Soros who funds their court battles and a lack of courage from the GOP to build a wall on our borders, eventually they’ll succeed.

The left is never satisfied! While conservatives were rightfully outraged by the Supreme Court’s decision on gay-marriage and Obamacare over a month ago, their ruling on “disparate impact” which will allow HUD to move poor people into rich communities, went under radar. Here’s the problem with that ruling: you can take the kid out of the ‘hood but you can’t take the ‘hood out of the kid. It’s hard to maintain success you haven’t yet earned. This is why a home being rented is easily spotted in an otherwise manicured neighborhood. Social engineers have many tools at their disposal, but the ability to plant Democrats in Republican areas without having to gerrymander congressional lines may be the most effective, besides importing “new Democrats” from across our southern border.

This brings me to my next point. According to Breitbart.com President Obama has issued more than 7.4 million work permits to foreign nationals from 2009-2014, which goes beyond the nearly one million lawful permanent residents and 700,000 foreign guest workers admitted to the U.S. each year. In other words, we’re being transformed into a Third World nation by rulers who want us all to bow to their whims. Amnesty, must be stopped! We can’t expect people that wrongly believe America was stolen from them to respect our Constitution. Additionally, we can’t afford the loss of American jobs coupled with an increase in taxation. It isn’t kind to steal the dreams of those that were born here; neither is it kind to invite others across our borders in order to purposely subject them to poverty just so politicians maintain their political power.

Choose your candidate wisely, because Democrats are expanding their base even while we sleep. There’s no need to fall for rhetoric when most of our candidates have records. Simply put, those that refuse to address the “social injustices” I’ve addressed, heaped upon Americans by leftists, don’t deserve your vote. The leftist manipulation I’ve described doesn’t enhance the American Dream, it demolishes it.

Read more of my articles at http://www.wnd.com