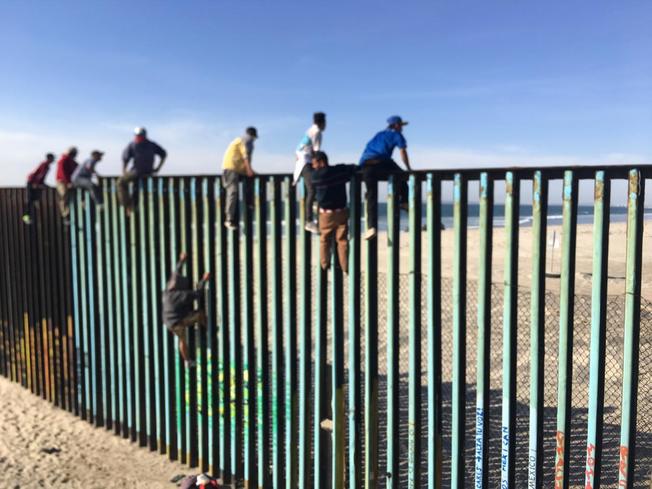 It might sound smart to say that America is a nation of immigrants. But nothing could be further from the truth. There’s no such thing as a nation of immigrants. A nation is defined by its geographical borders, it’s citizens and their customs. Borders give us a sense of belonging – a place we can call home. Borders also provide a sense of security and a national identity.

Stop and think about it. Would you call Russia a nation of immigrants? What about China? Kenya? India? Mexico? Canada? Switzerland? Taiwan? Iran? Poland? Just like all of these nations, America is a country made up of borders, citizens and its’ traditions. What sets America apart from other countries around the globe, is a fundamental belief in our motto, E Pluribus Unum – out of many one. We aren’t homogenous. In America many of our neighbors look differently, sound differently, act differently, even worship different Gods. But we’re united in our belief that all men are created equal and endowed by our Creator with certain inalienable rights. Among them life, liberty and the pursuit of happiness. We aren’t just bound by blood or the common traits that typically define a nation; our politicians don’t get to determine our destiny. We’re bound by ideals that are bigger than any government.

Think about what makes traveling so exciting. We don’t travel around the globe or even across the country in hopes of visiting a place that reminds us of home. To the contrary. We want to see something different. We want to experience something different. We want to try different food. I couldn’t think of anything that would make this world a more boring place to exist than everyone thinking, looking, sounding, acting, cooking and doing the same things. Yet, that’s what’s at stake if we capitulate to leftists who want open borders.

Furthermore, no matter where we travel, by the end of the vacation, we always arrive at the same conclusion: there’s no place like home. America is home to its citizens. It is not home to just anyone who wants to call it home. In the same way, our traveling destinations are not our homes.

Beyond belonging, borders provide us a sense of security. When a child dies in the custody of our border patrol agents it’s a huge headline. Why? Yes, it’s a big story. But it’s a big story because those stories aren’t normative in the U.S. And those stories aren’t normative within our border because of all of the blessings of liberty Americans take for granted on a daily basis. In America our soldiers protect the freedoms of our citizens from dictators. But many soldiers around the world protect their dictators from their citizens.

Borders also provide us a national identity and all of the benefits that comes with. Consider our 1st Amendment for example. In that amendment alone, we’re granted the freedom of religion, speech, press, the right to assemble and the right to redress or remove the cause of any grievance perpetuated by our government. That one amendment is the envy of the world. We shouldn’t take it lightly. Neither should we be ashamed to call ourselves Americans. Because our government has recognized the power and the importance of the individual, even our adversaries must think twice before they allow harm to come to one of our citizens that may be in their homeland. We’re so blessed.

Borders mean we get to choose who comes into our country in the same way we get to choose who crosses the threshold of our home. We wouldn’t allow just any stranger in our home. That doesn’t mean we hate the stranger. What we want is the time to get to know that stranger so that he becomes a friend. The moment we get to know that person, we’re willing to open our hearts, our home and even our wallets in some cases, to help our fellow citizen.

Borders are no different than your front door. We open and shut them all the time to let in and out those we love. We lock them to keep out anyone that has bad intentions, and we welcome those that are willing to knock and introduce themselves.

Borders aren’t partisan. They’re necessary to protect those we love.