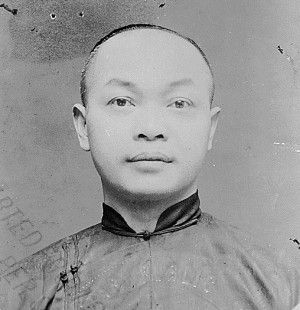 Share
Facebook
Twitter
Email
How do you undermine America’s long held motto, “E Pluribus Unum,” while systematically destroying America’s sovereignty? One illegal alien at a time.I believe illegal immigrants are more likely to reject assimilating into American culture and instead embrace Democratic class-warfare – a strategy designed by the left to keep a permanent underclass voting bloc that will remain dependent upon some form of welfare. For this reason, I give kudos to President Trump for signing a proclamation that will require migrants to apply for asylum at our legal ports of entry. This is important so that we know who’s coming into our country and why and whether they qualify for entry at all.

As it stands now, there are only 5 reasons to grant asylum to migrants that can prove they have suffered persecution or can prove a legitimate fear that they will suffer persecution in their home country, according to our U.S. Citizenship and Immigration Services (uscis.gov). Those reasons are: 1) race, 2) religion, 3) nationality, 4) membership in a particular social group, and 5) political opinion. In other words, those seeking to come to America for jobs need not apply.

However, as much as I appreciate Trump’s proclamation on asylum, for the sake of blacks and other racial minorities, as well as preserving America’s middle-class, it’s time for Donald Trump and the Republican Party to put an end to “birthright citizenship,” as leftists wrongfully interpret it today.

There’s been a lot of controversy about what the framers of the 14thAmendment intended when they wrote these words: “All persons born or naturalized in the United States and subject to the jurisdiction thereof…” There shouldn’t be. In context, the 14th Amendment is complimentary to the 13th Amendment that freed African slaves in America, and the 15thAmendment which gave former slaves the right to vote. Leftists wrongfully, and I contend purposefully, cite the Supreme Court case of 1898, the Wong Kim Ark decision as their reason for supporting birthright citizenship. However, this case had nothing to do with birthright citizenship at all! In fact, the case granted citizenship to all children of “legal immigrants,” as Daniel Horowitz of Conservative Review wrote about in his column “The Originalist Case Against Birthright Citizenship.”

Here are ways President Trump and Republicans can make immigration an issue for 2020, without losing their base and even capturing some independent voters.

First, Republicans must argue that illegal aliens don’t have the right to piggy-back off the pain and suffering of freed African slaves that were brought to America by force after being sold into slavery by fellow Africans, as compared to those who have willfully broken our immigration laws by entering the country illegally. This will endear them to black voters who may be ready to abandon the Democratic Party and may not have been open to the GOP before.

Secondly, clarifying the original intent of the 14th Amendment would disincentivize illegal immigration and help us to expedite “legal immigration.” This is the right thing to do for the immigrants who have been pushed to the back of the line by illegal aliens while they’ve waited patiently for the privilege to call themselves an American. There’s nothing the left fears more than blacks abandoning the Democratic Party and immigrants who embrace American nationalism over socialism.

Lastly, the financial burden that’s placed upon taxpayers would be better served paying down our national debt and securing Medicare and Medicaid entitlements for our most vulnerable citizens who legitimately need the programs.

Additionally, why should low-skilled and middle class Americans alike have to compete for jobs against illegal immigrants who will drive down our wages? Leftist athletes and entertainers like LeBron James and the women of “The View” that pontificate on the subject will never be financially impacted by illegal immigration. You and I will.

The left is interested in “importing” new Democratic voters from poor countries that will perpetually keep them in power because they’re dependent on government welfare. That means job security for the power hungry in D.C. It’s as simple as that.