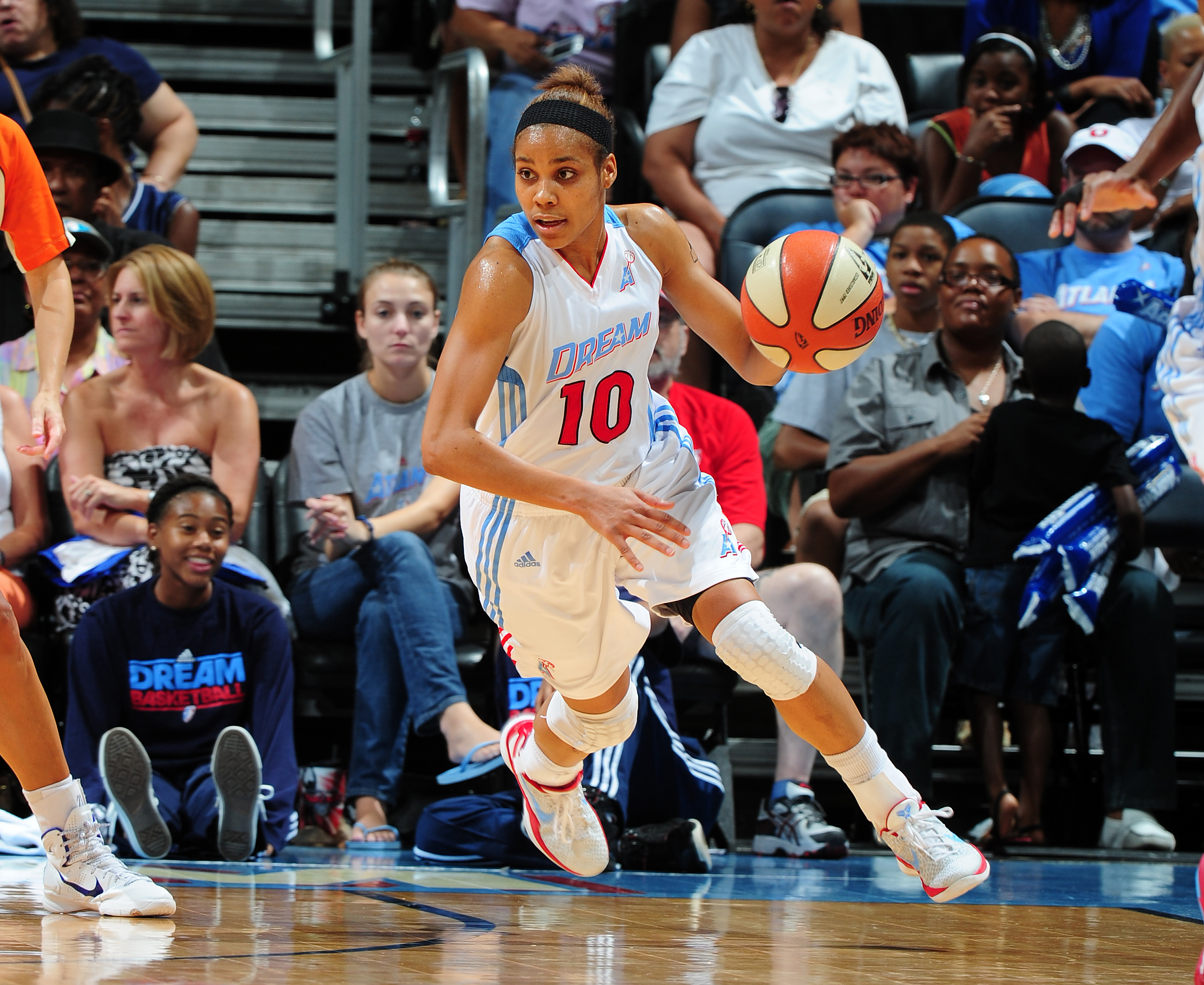 If you watched the NBA draft like I did, I bet you weren’t thinking, “I can’t wait for the WNBA draft!”

With fledgling ratings, an average of 224,000 viewers per game according to CNSNews, and a virtually nonexistent fanbase, the WNBA all but assured its continued path to No-Wheres-Ville when one of its teams, the Seattle Storm, decided to partner with Planned Parenthood earlier this month. Unless the league’s players can magically begin playing basketball like men and focus on the game rather than politics, television ratings and attendance will remain abysmal.

I love the game of basketball. I always have. I grew up in Los Angeles, California, so I’ve always been a huge Lakers fan. I especially love Magic Johnson and Kobe Bryant. I played organized basketball for years as a teen and playground ball regularly into my adulthood. I enjoy watching college ball, both men and women. So, it may come as a surprise to you when I say every year I forget that the WNBA even exists until the NBA runs commercials with its star players during the playoffs reminding me to tune in. Let’s be honest: I’ll tune in when they do – never.

Having said that, here are five reasons why the WNBA will never be popular:

1) It’s too political. Too many WNBA owners and players have forgotten that sports are an escape for fans. The last thing they want to do is think about politics and social issues when they tune in to watch their favorite sports team on TV or visit an arena. Sports give us all an opportunity to unite and cheer for a common cause, victory for our team.

2) It ignores science. Let’s face it, women’s games just aren’t as exciting as men’s. Women aren’t as fast as men, and most of them can’t dunk, or hit three-pointers like Steph Curry. Fans just don’t want to pay top dollar to see fundamentals, no matter how important they are. We expect more from pros.

3) I want to be like Mike, not Michelle. This coincides with No. 2. Fans are in awe of players who can do what they can’t fathom doing themselves. As much as I appreciate the talent WNBA players bring to the court, it’s hard to imagine that anyone in that league will ever inspire us like a Michael Jordan or Lebron James. When I play ball, I don’t see anyone on the court copying moves from WNBA players – they all want to be like Mike.

4) Men don’t want to watch women who act like men. This may sound chauvinist, but it’s true. Looks matter. Women who look and act manly are not appealing to watch. The feminist and LGBT movement may frown at this, but the rest of us know it’s true. The WNBA produces a product that appeals mainly to a left-wing audience, and, frankly, I’m not sure what it can do to change that.

5) Women don’t watch sports. Besides all of the lesbians you’ll spot in the stands, women don’t watch a lot of sports. If the WNBA wants viewers, it needs to appeal to men and their wives. Women are playing more and more sports. From basketball to golf to tennis, there’s no short of phenomenal female athletes. Unlike the rest of female sports, what’s missing in the WNBA is a marketing campaign to appeal to traditional families because it’s too busy adopting far left-wing pet projects, thereby alienating an entire half of the country. Contrary to popular belief, gays and lesbians only account for 2-3 percent of the population. If the WNBA wants to stick around, it has no choice but to figure out how to attract straight men.

If these obstacles sound insurmountable, it’s because they are. If I were an executive for the WNBA, I’d propose starting the games the same night and in the same gym as NBA games.

Just like high school, fans can pay a little more to watch their WNBA team before NBA players take to the floor; this is no different from arriving to a high-school game early enough to see the JV squad play before the varsity team.

In conclusion, the WNBA shouldn’t be catering to pro-abortion advocates. It should cater to men – apparently the people group they can’t stand besides babies.