The Carl Jackson Show and Blog
Home The Blog Sports How Many Young Black Men Has Lebron James Sentenced to Death? 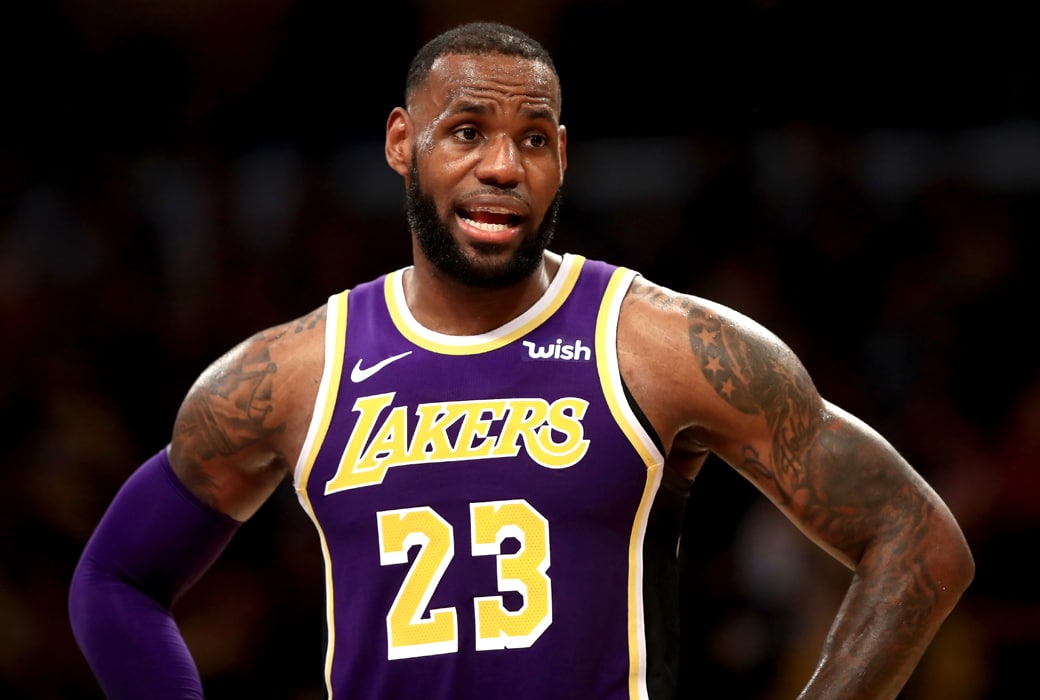 Over 20 years ago I was a criminal. I used to listen to NWA’s rap song “F**k The Police.” But a few weeks ago, I spoke at a “Back the Blue” rally where I led a new chant, “Bless the Police.” Defunding police isn’t just a stupid idea, it’s a deadly one, particularly for blacks.

Los Angeles Lakers superstar, Lebron James, owes blacks and cops an apology for endangering our lives. Unlike NBA legends Charles Barkley and Shaquille O’Neal, who had the courage to speak about the importance of policing black communities, Lebron’s propaganda about systemic police racism is sentencing young black men to death. It’s easy to bash cops when you live in the safest and most luxurious neighborhoods money can buy. Lebron was a millionaire before graduating high school! He’s isolated from the real world.

Cops are ordained by God. Romans 13:3-4 (NIV) says “For rulers hold no terror for those who do right, but for those who do wrong. Do you want to be free from fear of the one in authority? Then do what is right and you will be commended. For the one in authority is God’s servant for your good. But if you do wrong, be afraid, for rulers do not bear the sword for no reason. They are God’s servants, agents of wrath to bring punishment on the wrongdoer.”

Lebron is a coward. That’s why he never accepted L.A. County Sheriff Alex Villanueva’s challenge to match the reward for information leading to the capture of Deonte Lee Murray, who attempted to execute two Los Angeles Sheriff Deputies (LASD) in Compton, California on September 12. Had he matched the reward, Black Lives Matter (BLM) sympathizers would’ve disowned him. Instead of risking his brand, credibility and his ghetto pass, he remained silent, essentially condoning the shooting.

It shouldn’t surprise anyone when they use force to subdue a noncompliant suspect. Had Jacob Blake complied with officers, he’d be walking today. Likewise, if Breonna Taylor’s boyfriend had not shot at the cops first, she’d be alive today.

Stop blaming white boogeymen for black problems! Too many young black men grow up without positive father figures at home. If they don’t receive the affirmation needed from a dad, they’ll find it on the streets. Often times, cops are the first authority figures they meet that refuse to tolerate their bad behavior. But by then it’s too late to turn some of these kids around.

Remember the “Ferguson effect?” It began in Ferguson, Missouri when the media portrayed a black thug, Michael Brown, as a black hero. Brown was shot and killed by then-Officer Darren Wilson, after robbing a liquor store, assaulting the store clerk, resisting arrest, and attacking and attempting to kill Officer Wilson with his own firearm. The media spun the incident as a “White cop kills an ‘unarmed’ black man.” Riots and looting broke out in the streets and the “Hands Up, Don’t Shoot” lie began.

Once the media milked that narrative for all it was worth, they packed their bags and left. The black residents left behind suffered the consequences of their reckless reporting. Cops began pulling back from black neighborhoods for fear that their reputations and careers would be destroyed too. They didn’t stop doing their jobs, but they became hesitant and less proactive in minority communities.

A black Harvard economist and researcher by the name of Roland Fryer, discovered more blacks die by homicides and felonies when cops withdraw from black neighborhoods after high-profile, police brutality protests. He concluded that a thousand more black lives were lost by homicide post the Ferguson riots.

Likewise, Minneapolis residents are experiencing increased felonies after the George Floyd lie sparked riots, so is Baltimore after the lie that cops murdered Freddie Gray. It also happened in Chicago after a cop killed Laquan McDonald.

For those of us that look like Lebron, but can’t live like Lebron, perpetuating the myth that systemic police racism exist is deadly. Here are the facts:

There are approximately 666,000 cops in the U.S. There are approximately 55 million cop-civilian interactions annually. Of that massive number, 1,000 cop-civilian interactions end with cops fatally shooting a dangerous suspect. Of those 1,000 interactions where police use deadly force, 500 whites were killed by cops last year, compared to 250 blacks. Of the 500 whites shot and killed by cops, 18 were considered “unarmed” and nine blacks were considered “unarmed.” To be clear, “unarmed” does not mean the suspect was not violent or a weapon wasn’t within reach. Furthermore, despite comprising only 13 percent of America’s population, blacks commit approximately 50 percent of the nation’s homicides and sixty percent of all robberies. Considering those facts, cops show amazing restraint with black suspects.

When asked, blacks want more policing in their neighborhoods, not less. Additionally, they want police reform and more de-escalation training. However, most Blacks understand that police have a difficult job where split-second life and death decisions are made regardless of a suspect’s race. As a survivor of two violent crimes myself, I assure you, when you’re defending yourself and your adrenaline is pumping, race isn’t on your mind.

Sports used to be a ministry that united all Americans. The only colors that mattered were team colors. Today, the social justice warriors that naively believe they’re helping blacks, are dividing and killing us.

This Article was first published in Townhall.com