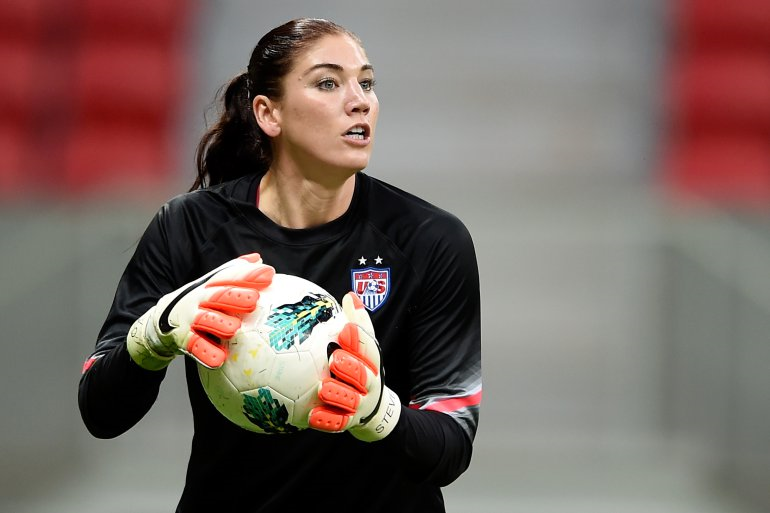 I know what many of you are thinking. “Hope Solo had it coming. She has a bit of a controversial past, and she was representing the U.S. at the Olympics, for Pete’s sake.” Sound about right? I disagree with Solo about the Swedes’ women’s soccer team being cowards, but I don’t fault her for saying it. The Swedes played a defensively strategic game, ultimately defeating our women’s soccer team in the quarterfinals because they knew they didn’t have the offensive capability of defeating our American girls. Evidently, that frustrated Hope Solo so much she decided to vent out loud – and what’s wrong with that?! Had I worked my tail off for four years and lost in what could have been my last Olympic appearance, I’m sure I would’ve come up with a more creative word than “cowards” to describe my opponents.

I contend this has little to do with Solo’s remarks as much as it has to do with this “shame America mentality” we see around the world – at the U.N. and amongst liberal elitists here in the U.S. Should Hope have handled herself more professionally? I suppose so. However, do her remarks warrant a six-month suspension from the national women’s soccer team? Of course not. Let’s not be ridiculous!

Hope Solo was suspended because sports media like ESPN (the Espousing Socialism Propaganda Network) and NBC were embarrassed by her remarks. It was also reported that some of her teammates were tired of her negative press due to her personal shortcomings making the news throughout the years. But I wish that’s all it was! I believe, despite competing for medals that essentially tells your opponent “I’m better than you in this event,” many Americans have bought into this self- deprecating mentality that America isn’t all that exceptional – we’re just one fish in the big globalist pond.

The problem with that is, Americans are the big fish, and we shouldn’t be ashamed of it! Our exceptionalism isn’t a recognition that Americans are better people, but rather that we live under a better governmental system that allows individuals to excel without government interference. Have you ever sat to consider why it is Americans dominate the Olympic games as we did this year? It’s because all Americans are allowed to dream big! We don’t have a caste system, at least not yet, that oppresses our dreams and determines our fate in life. I’m impressed when I see any of the other countries medaling at the Olympics because I figure they made it to that medal stand against all odds.

America is still the shining light on a hill. Were that not the case, immigration policy wouldn’t be such a big issue in this year’s presidential race. In other words, people all around the world risk their lives and resources to immigrate to America, legally and illegally. yet Americans, particularly Democrats, seem to feel compelled to knock us down a notch at every opportunity.

Hope Solo is an exceptional athlete, living in an exceptional country with an exceptionally competitive spirit. Could she have used other words to express her frustration with the Swedes? Sure. Is it hard to go down in defeat to a team that’s inferior skill-wise? Absolutely! But, what’s offended so many in the Olympic community is what makes America exceptional: free speech. I’m not ashamed of that. Are you?