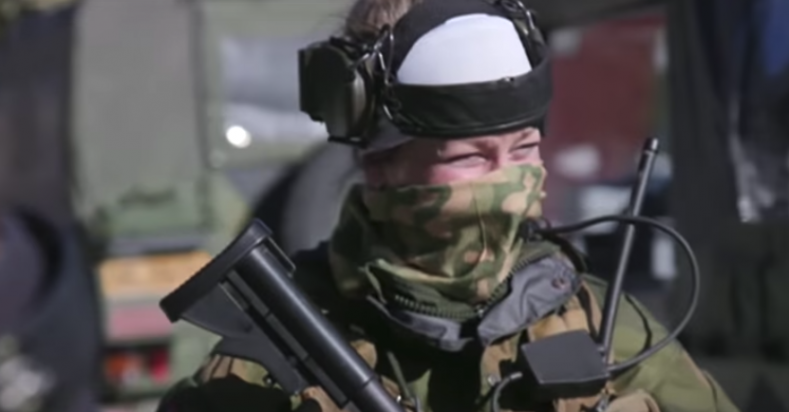 Science deniers want us to believe that there’s little to no difference between men and women physiologically and emotionally. The Royal Air Force has just proved them wrong.

CNS news reported that the first woman to join a British infantry regiment quit after just two weeks of training. She couldn’t keep up with her male counterparts and readily admitted she underestimated the physical challenges of military training. The RAF course runs 18 weeks long and is comprised of 2,000 soldiers. The regiment is designed to protect British bases and airfields around the world.

You may recall in 2016 then-Prime Minister David Cameron foolishly lifted the ban on women in British combat. Cameron said at the time it was essential that “the makeup of the armed forces reflected society.” The unnamed woman dropout was one of three women who applied to join the regiment but was the only one considered capable of passing the program. Obviously, that didn’t pan out.

Like many science deniers, Cameron refuses to concede that men and women are and will always be different. The Daily Mail even reported one of their sources as saying, “There was a lot of secrecy surrounding her participation. The guys were surprised to see her. There was pressure on her instructors to help her pass the course. I think the RAF wanted good PR out of it.” The source went on to say, “Her resignation is a huge blow to officials who are determined to integrate women into fighting units in the Army, Royal Marines, and Royal Air Force.”

There’s so much wrong with this story it’s hard to know where to begin. I guess we should all be asking the left to explain what’s wrong with being a woman? Furthermore, what’s wrong with acting like a man? Isn’t it the epitome of sexism to place women in positions where they have to prove they’re as physically capable as men, rather than be judged based on their own talents and attributes?

First off, Cameron should’ve been less concerned about the “makeup” of the British military and more concerned about its personnel’s readiness to perform their duties. “Good PR” at the expense of safety and lives of soldiers is unacceptable! Putting a woman on an infantry squad could not only potentially distract or slow a mission – and imagine the unspeakable ways a woman might be tortured if she were captured. Men are protectors by nature; it’s not hard to imagine a soldier going out of his way to protect a female in combat while neglecting the rest of his team, and we haven’t even begun talking about physical attraction that could be a major distraction on the battlefield!

The female soldier’s resignation may have been a huge blow to British officials determined to integrate their armed forces, but I guarantee you it’s a relief for the wives, children and girlfriends back home who want to see their loved ones given every opportunity to return home safely.

Women shouldn’t have to behave like men to be valued in society. Likewise, men shouldn’t have to be emasculated to appreciate women. It seems to me that leftists often insist on undermining traditional male and female roles because they want to undermine the God of the Bible and his natural order of things. In lots of cases, women can do what men can do; warfare isn’t one of them

The idea of placing a woman in a British infantry regiment is as dangerous as it is stupid. It isn’t chauvinistic to recognize that men and women are physiologically and emotionally different? It’s chauvinistic to disregard their inherent attributes.