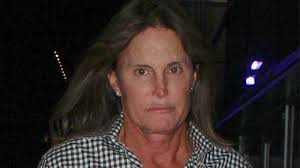 We’ve all sinned and fallen short of the glory of God, and I did just that every Sunday evening at 8pm eastern standard time when I tuned in to watch “Keeping Up With the Kardashians.”

Say what you will about the materialistic, big booty and beautiful daughter’s of Bruce (stepdad) and Kris Jenner, what appealed to me most about the show was the family unity, laughter and sheer fun they seemed to all have together. Sure, Kris Jenner was overbearing at times but it appeared to me that everyone knew their roles in the family, including Bruce. I’ve been genuinely saddened by his apparent transformation from male to female and I pray he’ll get the psychiatric help he needs to conquer his illness. There could be nothing worse than avoiding who you’re supposed to be by becoming what you were never meant to be.

I can’t fathom the torment a 65 year old man must be going through in order to voluntarily castrate himself. What I can say is that it’s not normal or necessary. Mr. Jenner doesn’t deserve our scorn or ridicule but he needs to hear the truth in love. So, let’s start with the basics.

During a more sensible time in American history, a few years ago, we use to call it “gender dysphoria” or “gender identity disorder” and for good reason. Professional psychiatrist like Dr. McHugh, who are trained in mental disorders regularly diagnosed patients who suffered from a “disorder of assumption.” Gender identity disorder is comparable to the eating disorder Anorexia where people become dangerously thin, and Body Integrity Identity Disorder (BIID), where a sufferer is perfectly healthy but does not accept a limb or limbs of their own and seek to amputate them – sometimes on their own, or even become paraplegic. All of these mental disorders lie in the person’s “assumption” that they are different than the physical reality of their bodies.

Sadly politicians, diversity counselors, leftist physicians, elitists and ignorant activists in states like California, New Jersey and Massachusetts who presume to know more about psychological disorders than trained psychiatrists and psychologists, have climbed on their high horse and invoked laws banning mental health professionals, despite parental permission, from working to restore natural gender feelings to what is described by Dr. McHugh as a transgender minor. The lesbian and gay (LGBTQ) community have done themselves a disservice by aligning themselves with transsexual sufferers in order to promote social acceptance. Fighting for a group of people of whom 70% -80% “spontaneously lose their feelings” of gender dysphoria seems hardly worth the effort if your claim is “I was born this way.”

It’s equally troubling to me that doctors who swear to “first do no harm” under their Hippocratic Oath would endeavor to perpetuate a mental disorder like transgenderism where the suicide rate is 20 times higher than the rate amongst non-transgender people. Transgender sufferers like Bruce Jenner will never achieve their goal of becoming a member of the opposite sex. According to Dr. McHugh, at best they’ll become “feminized men or masculinized women.” If Bruce Jenner chooses to undergo sexual reassignment surgery, it is unlikely that he’ll ever experience a sexual orgasm again, conveniently he’ll never have a menstrual cycle or menopause like real women, and smegma-mucus from his make shift vagina will have to be flushed out routinely due to its shallow walls. Disgusting, yes, and this is just the tip of the iceburg.

If that weren’t enough, according to Dr. McHugh, “for those who had sexual reassignment surgery, most said they were ‘satisfied’ with the operation,’ but their subsequent psycho-social adjustments were no better than those who didn’t have the surgery.” This is the reason John Hopkins Hospital, the very place that pioneered sexual reassignment surgery, has stopped performing these surgeries. They no longer saw a need to amputate “normal organs.” Screw political correctness! If proponents of the transgender movement were really compassionate and caring they wouldn’t seek to subject mentally ill patients to a life filled with turmoil and mutilation!

God doesn’t make mistakes, and he certainly didn’t with Bruce Jenner. I don’t know how long Mr. Jenner has struggled with his mental illness. I know with advanced technology, counseling and medicine, the tools exist for him to conquer his disorder. I wish his family, friends, and community were informed and courageous enough to convey that to him, and insist that he remains the patriarch of the family. They don’t need another matriarch. They’ve got Kris.