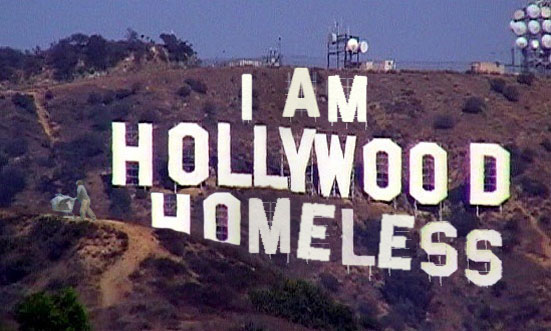 Virtually everything you need to know about the ineffectiveness of liberalism in America can be found in Los Angeles’ homeless epidemic.

For instance, liberals love spending other people’s money to fix problems they’ve caused, but are often unwilling to use their own money to “change the world.” Liberals love looking good amongst their peers and the media in order to feel good about themselves, whether or not an issue is resolved. Liberals often perpetuate existing problems by focusing on the symptoms, while ignoring the causes. Once liberals realize their policies aren’t working, the solution almost always is to take more of your hard-earned money to throw at the problem. Lastly, you can rest assure, when liberals develop new government programs, they will benefit just as much as their intended recipients. And such is the case in Los Angeles.

Since Democratic Mayor Eric Garcetti took office in 2013, homelessness in L.A. has skyrocketed 12 percent. The mayor has proposed using $13 million in tax revenues for short-term housing projects for the brick-and-mortar challenged. City Councilman Gilbert Cedillo is planning to use $100 million dollars to initiate a fight against the homeless crisis as well. In fact, the city is so concerned they’re prepared to declare a “state of emergency.” What’s the reasoning behind this sudden care for the “least of these” in the City of Angels? Compassion? No. The answer is they’re hoping to secure a bid for the 2024 Summer Olympics, and transients are such a growing eye soar city leaders are afraid they might affect L.A.’s chances of winning the bid.

If that weren’t enough, many of America’s richest liberals, who often preach about the evils of capitalism and selfish Republicans, can be found in some of California’s most exclusive neighborhoods. Cities such as Hollywood, Beverly Hills, Bel Air, Brentwood and other affluent communities are just miles away from the cities notorious Skid Row. With such concentrated wealth in such close proximity to the epicenter of the crisis, you have to wonder why these superstars aren’t voluntarily donating more of their own time and money to solve the problem. The answer: Liberalism only requires that you acknowledge problems to receive accolades from your peers; you don’t have to address them. In order to take homelessness head-on in the U.S., we’ll need to do what liberals don’t do – take a look at what’s causing it.

So, what are the causes of much homelessness in America? According to a column on Heritage.org entitled “Homelessness: Describing the Symptoms, Prescribing a Cure,” most homeless people tend to be men, severely mentally disturbed, drug and alcohol addicted or both, lacking an education, in more than half the cases having a criminal record, and lastly suffering from the effects of a bad local economy. Additionally, with fewer Americans in the labor force and rising unemployment numbers, we’re beginning to see higher numbers of homeless families across the landscape. According to the National Center on Family Homelessness, in 1988 only 1 percent of the homeless population were families. As of 2012, that number had risen to a whopping 38 percent.

So what are the real solutions to bring this growing epidemic under control? First off, we have to begin thinking long-term. Government housing projects that reward homeless people with free or low-rent housing without addressing the cause of their homelessness are useless. Any local tax revenue used to help the homeless should be allocated to privately owned and operated transitional housing facilities that have mental health counselors, administrators, vocational trainers and life coaches on staff that are better equipped to deal with drug addicts, ex-convicts and low-skilled workers and their behavior on a daily basis. Usually, faith-based centers do this very well. Unfortunately, too many homeless people know they can game the system; therefore, these centers go ignored.

As far as the severely mentally ill are concerned, we must consider institutionalizing them on a long-term basis. Of course, a legal guardian from the family needs to be assigned to each person’s case to prevent abuse by staff members at the facility. Arrangements for release, if possible, can be worked out between the hospital and the family advocate.

Thirdly, we have to elect politicians on federal, state and local levels who don’t believe stealing more of your hard-earned money to sustain their careers is the solution to every societal problem. Demonize corporations and CEO’s all you want, the fact is, when they’re overtaxed, many of them – who make less than you think – have to choose between feeding their family or yours. My hunch is you’ll lose every time.

Remember, leftism doesn’t require results, only good intentions. Liberals are lauded and praised no matter how much they screw up someone’s life. However, for those of us that have a conservative bent, to love our neighbor properly, we mustn’t wait for politicians to do what God has asked us to do.