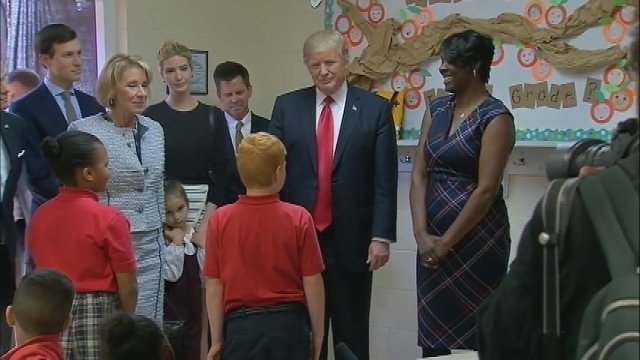 Young black males are disproportionately impacted by illegal immigration. Where’s the compassion for them?

With 75 percent of black children born into single-parent homes, black-on-black crime at alarming numbers across America’s landscape and black unemployment numbers in double digits, the last thing black American youth needs is to compete against illegal immigrants for entry-level jobs.

I know what some of you are saying. “Americans won’t do the work many ‘immigrants’ are willing to do, particularly for lower wages.” To which I’d respond: Secure our southern border and that will change. Not to mention, employers would be compelled by the free market to pay more for their entry-level employees.

Secondly, for those of you who argue, “young blacks are so caught up into rap music and its culture they don’t want minimum wage jobs; they want to be rich and famous by the age of 18,” I’d say, who doesn’t want to be rich by 18?! What’s important is that our young black men believe there’s other opportunities out there to build wealth. Instead of wearing gold in their mouths and around their necks, imagine a world where an employer will sit down to teach them how to invest and the value of moving up the ladder within a company, such as a Chick-fil-A or McDonald’s. Who knows? Maybe some of those employees would opt to buy their own franchise one day.

Growing up in Los Angeles in the late ’80s and early ’90s, despite being poor, I always had hope that there was better opportunity out there for me. Jobs seemed to be relatively plentiful if you wanted one, and they weren’t stigmatized as they are today by my peers, who happened to be black and Mexican Americans. Since my youth, we’ve seen an influx of illegal immigration in America. Sadly, many Democratic politicians and civil rights organizations like the NAACP don’t want immigration laws enforced, because they need immigrants’ votes and support. Furthermore, some business owners who are inclined to hire illegal immigrants would like to see wages remain low, or even suppressed. Consequently, many Americans, not just blacks, refuse to work for the same wages as someone who can barely speak English and has no real chance of moving up the ladder.

It doesn’t take much to escape poverty in America. All of us have heard this statistic time and again: “Graduate high school, get a job, get married, then have kids, and chances are you’ll escape poverty.” The problem is, according to the Census Bureau, only 60 percent of American-born black males graduate with a high school diploma. And of those that do graduate high school, fewer than half continue in higher education, including trade schools. The rate is even higher for foreign-born Latinos. This means low-skilled positions in urban America are becoming fewer and further between.

America is a compassionate nation. We allow more immigrants into our country every year, approximately 1 million, seeking a new way of life than all industrial nations combined. I can’t say I blame foreigners for wanting to come to America. The fact that many foreigners are willing to risk life and limb to come here should serve as a stark reminder of how good we have it. Having said that, illegal immigration costs us more than just resources on our borders. As you’ve discovered it costs many young black men hope, job opportunities and their own shot at the American Dream. I contend, you’d see fewer black men behind illegally possessed guns if illegal foreigners would make more room for them behind service counters.

So, again I ask – where’s the compassion for our young black men?