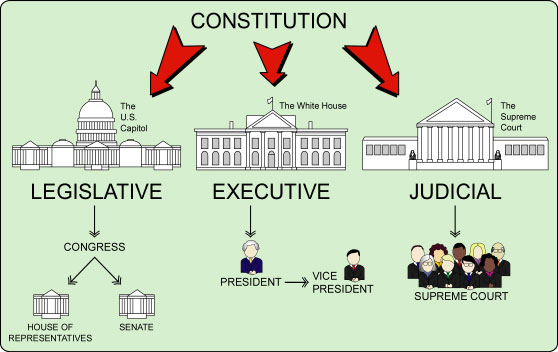 A couple of weeks ago, we saw President Trump nominate Judge Neil Gorsuch of the 10th Circuit Court of Appeals to fill the late Justice Antonin Scalia’s seat on the Supreme Court, and Democrats vow to do all they can to block his appointment. At the time, Senate Minority Leader Charles Schumer, D-N.Y., literally cried crocodile tears for television cameras over Trump’s temporary moratorium on refugees from hot zones such as Iraq, Iran, Syria, Yemen, Libya, Sudan and Somalia, in a feeble attempt to regain the political narrative.

Later that week, the Heritage Foundation reported that the Bureau of Land Management would be subject to the Congressional Review Act, first signed into law by President Bill Clinton in 1996 to prevent government agencies from usurping congressional authority and, by extension, the will of the people. The following week, we all witnessed history when Vice President Mike Pence cast the deciding vote to confirm Betsy DeVos to her position as the secretary of education.

Even more recently, President Trump’s original pick for labor secretary, Andy Puzder, went down in flames because Senate Majority Leader Mitch McConnell couldn’t garner enough votes in the Senate to confirm him. As a result, the Trump administration left him out to dry before moving on to Alexander Acosta, who will likely be confirmed.

As if all of this weren’t enough, wrongly or rightly, Trump lashed out at the media, essentially our fourth branch of government, calling them an “enemy” of the people. Trump may well be right! But his lack of ideological awareness left hysterics believing he hated the press as opposed to what he believes they’re doing to his constituents – deceiving them.

All in all, despite the executive orders by President Trump, political grandstanding by Senate Democrats and a seemingly renewed vigor for the Republican-controlled House, government is doing exactly what it’s supposed to do. Contrary, to the president’s statement, his administration isn’t running like a “well-oiled machine” – and that’s OK. No administration is supposed to! This assures that voters like you and me have the opportunity to react to government largesse and encroachment at the ballot box every election cycle.

However, in the midst of the chaos it is important for our newly elected president to remember he’s on borrowed time! Having a Cabinet filled with “outsiders,” not to mention many unfilled vacancies in his administration, may sound great, but it has its disadvantages. Namely, being able to formulate cohesive and focused messaging that both dictates and guides policy, which ultimately leads to the passing of major legislation. Lord knows, if President Trump fails to sign major policy issues into law before entering the 2020 election cycle, Republicans will grow weak-kneed when forced to consider their re-election chances. Like it or not, having qualified government officials around you can help you streamline your legislation. That’s why it’s called “political science.” President Trump is racing against the clock.

Republicans will likely maintain the Senate in 2018 since Democrats have 23 of the 33 seats up for grabs. Democrats will do all they can to delay Trump’s nominees and prevent Republican legislation from being signed into law. Despite all the hoopla, Democrats would rather see the president signing executive orders instead of legislation since the orders will be easier to overturn if Democrats win back the White House in 2020.

President Trump is his best messenger and worst enemy. On one hand, constantly vilifying the media helps keeps his supporters loyal. On the other hand, too many of his tweets have overshadowed his policy successes that’ll keep his constituents happy. It’s clear that the president has grown frustrated with the slow pace of government.

As a matter of fact, rallies are to Trump what spinach is to Popeye.

His rally in Florida last weekend was just as much for him as it was for his most ardent supporters. He’s used to winning, but he’s never seen this much push-back in his own business. The rallies keep the president motivated, sane and feeling wanted.

Democrats are finding that Trump is a force to be reckoned with. Trump is realizing that the three co-equal branches of government keep the wheels of progress rolling ever so slowly. But, take heart! This is exactly the government our founders intended to keep us free, and that ain’t a bad thing!
Read more at http://www.wnd.com/2017/02/divided-government-is-good-government/#xqFl63VkYD5OYzZh.99