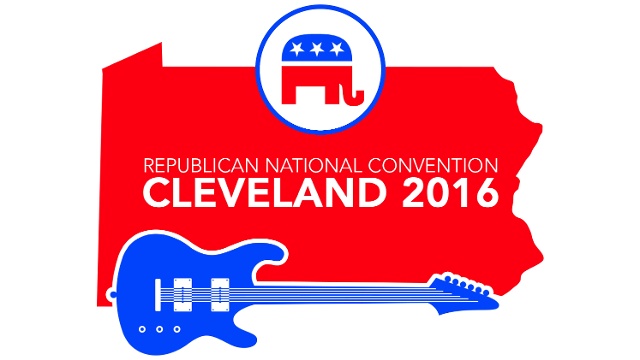 There’s no denying Donald Trump can excite his supporters. The question is: Can he expand his base? The goal of the Republican National Convention, or RNC, last week was to heal the wounds that remained from a contentious primary battle, unite the party and galvanize the GOP base to get out the vote for Donald Trump over Hillary Clinton in November, hence, the acronym H.U.G.

To say the convention was full of drama would be an understatement! It started with a “bang” Monday evening but was dangerously slipping into the abyss until New Jersey Gov. Chris Christie prosecuted the case against Hillary Clinton while the crowd angrily shouted, “Lock her up!”

Then, Texas Sen. Ted Cruz’s non-endorsement of the GOP nominee got the media all a buzz. Mike Pence’s exceptional and vice-presidential speech redeemed him from the disastrous Religious Freedom Reform Act that he caved on last year, and Donald Trump’s acceptance speech gave the crowd much to cheer about. But, will it be enough? Is the party healed? United? Is the base willing to knock on doors for Donald Trump?

The RNC also spotlighted several inspiring speakers who are certain to become future stars of the party. Yet many questions still remain. Will Melania Trump’s controversial speech on the opening night – albeit delivered magnificently – have a lasting negative impact on her husband’s campaign, or will it even matter by next week?

Did the Republican establishment do itself a disservice by refusing to allow a state-by-state roll call vote to establish rules of the convention that could’ve potentially allowed conservative delegates to vote their conscience on the first ballot, as well as to close more of their state primaries?

Did Trump convince enough undecided voters to choose him?

Going back to the acronym H.U.G, it was obvious Ted Cruz hadn’t healed after being branded “Lyin Ted,” by Trump. Not to mention, Trump implied Cruz’s wife was ugly, and Cruz’s father was chillin’ with Lee Harvey Oswald right before Oswald assassinated JFK. Nonetheless, out of necessity, many of Cruz’s supporters jumped aboard the Trump train after Cruz’s non-endorsement of the GOP nominee. Apparently, they were bothered by a politician who would “tell it like it is” after all. One can only imagine how the GOP establishment is salivating at the chance to totally ruin Ted Cruz’s career, and it appears it has an ally in Trump.

Warning! It would be a big mistake to rid Washington of Cruz. The reason Cruz was so beloved by his supporters had nothing to do with his style or personality. He’s pretty rigid and boring at times. His supporters loved him because he was the only devout constitutional conservative in the race. Besides that, he sits on the Judiciary Committee – meaning, he will have a direct say on either Hillary’s or Trump’s Supreme Court pick(s). Republicans would be crazy to get rid of him at this pivotal point in history. If Donald Trump wins his bid for the White House and keeps his campaign promises, Sen. Cruz will be his best ally. If Trump wins and proves to be a liar, he’ll be your best ally.

Now, are we a united party or not? The answer, unfortunately, is still no. Why?

It’s partly because Trump supporters haven’t figured out that it’s hard to persuade anyone to your point of view with insults.

Secondly, despite knowing Hillary’s evil past, many conservatives swore they’d never vote for another candidate they’d have to hold their noses to vote for. “Trump is a RINO, but at least he’s not Hillary,” isn’t exactly a campaign everyone can get excited about. Frankly, a RINO could be more dangerous than a liberal because you’d never suspect his attack on the Constitution, until it’s too late.

I suspect as the debates draw near, more voters will unite behind Trump’s campaign. It won’t be because they’re enthusiastic about a Trump presidency per se, but because they hate the thought of a Hillary Clinton presidency more.

Finally, if Trump and his supporters want to galvanize the base, I’d suggest they spend less time insulting people on Twitter and more time in their neighborhoods talking about actual policy that will “Make America Great Again.”