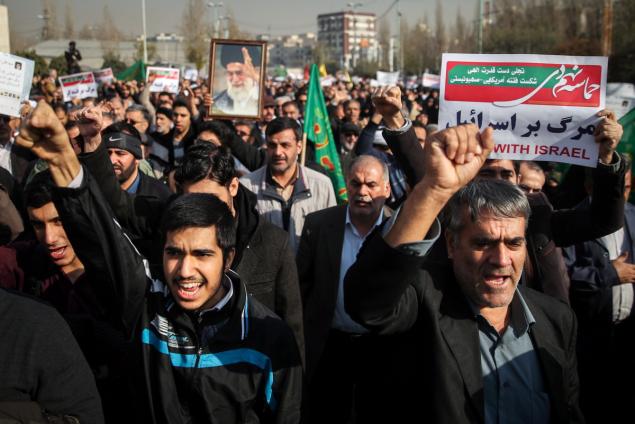 Any time I hear of protests in nations controlled by despots, I’m reminded of how great we have it here in America, despite arguments to the contrary. The words “the First Amendment” have become so common in our daily vernacular, I’m doubtful that any of us truly takes the time to contemplate how deliberate, forward thinking and foundational to freedom these words are:

“Congress shall make no law respecting an establishment of religion, or prohibiting the free exercise thereof; or abridging the freedom of speech, or of the press, or the right of the people peaceably to assemble, and to petition the Government for a redress of grievances.”

The First Amendment informs us that the government works for the people; the people do not work for the government. If you were to meet the most uninformed voter in America, even he or she would know that they have the right to protest lawfully without the expectation of arrest, or worst yet, death, for simply expressing dissent for government policy. There’s no such expectation for the people of Iran where the Revolutionary Guard and other intelligence agencies control the population and squash dissent. Compared to the rest of the world, Americans that cry “oppression” when their candidate loses at the ballot box through free and fair elections don’t understand how good they have it.

Consider this: What good is social-media and all of the technological advances in the world if your government has the power to shut it down on a whim? After demonstrations erupted across Iran against President Hassan Rouhani and Supreme Leader Ayatollah Khamenei, as economic conditions have continued to decline, the government restricted access to Iran’s most popular social media site. According to the BBC, Iranians, on average, “have become 15 percent poorer in the past 10 years alone.” The unemployment rate stands at 12.4 percent, despite Rouhani’s promise to his people that the 2015 nuclear deal with former President Obama and other world leaders would turn Iran’s economy around.

The BBC also reported that in addition to a failing economy, Iranian protesters have expressed their disdain for Iran’s interventions abroad. Some protesters in Mashhad were heard chanting “not Gaza, not Lebanon, my life for Iran.” Others were heard yelling “leave Syria, think about us” in reference to Iran giving military aid to President Bashar al-Assad. There also is opposition to Tehran providing weaponry to Houthi rebels fighting their proxy war against a Saudi-led coalition in Yemen.

I believe most Americans would agree the grievances outlined by the Iranian protesters are fair and legitimate. If they lived in America, we’d probably see them on a street corner in D.C. being protected by some of America’s finest and bashed by MSNBC for protesting Obama’s nuclear deal with Iran. Instead, because they live in Iran, we read sentences like this in Bloomberg: “Two people died in clashes with security forces late Saturday in the western city of Dorud, the first casualties since anti-government protests erupted on Thursday.” Or, a sentence like this in the BBC: “Fifty-two people were arrested for chanting ‘harsh slogans.’”

Harsh slogans?! The truth is American protesters have it good. Our First Amendment works. When leftists bash our Constitution as an irrelevant old document written by old, racist, white men, they should know they have the freedom to spew their ignorance precisely because of those men.