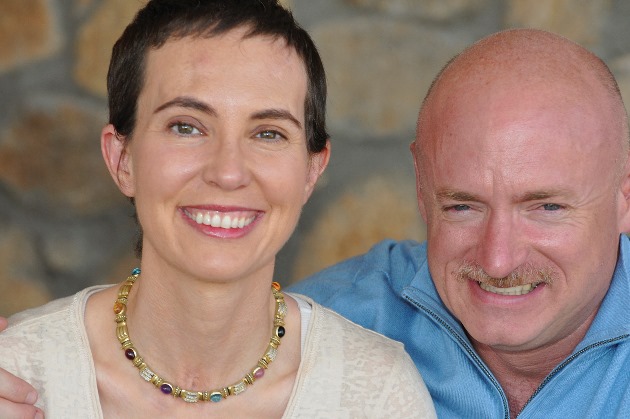 If black slaves were allowed to own guns, they wouldn’t have been slaves.

Guns are great for hunting and sport, as well as self-defense. However, their primary purpose as the founders saw it was to protect individuals from tyrannical rule by a government determined to take away the God-given rights of America’s citizens. Former Rep. Gabby Giffords, along with her husband, retired NASA astronaut Mark Kelly, have launched the “Vocal Majority Tour 2016”: a 14-state, 40-day national bus tour aimed at stopping the “gun-violence crisis” in America, by enacting “common-sense gun reform,” which is code for incremental gun confiscation, and helping to elect Hillary Clinton president. The tour began this week right here in my neck of the woods, Orlando, Florida. The couple visited with friends and family of the infamous Pulse nightclub terrorist attack.

For those of you wondering who Gabby Giffords is, let me refresh your memory:

The fateful day was Jan. 8, 2011, when Arizona Congresswoman Gabby Giffords was critically wounded after being shot in the head by a crazed gunman while meeting with some of her constituents at a grocery store parking lot. Sadly, there were more victims as well. Federal Judge John Roll was fatally wounded during the attack along with five others. Another 13 victims were seriously injured. At the time, the story topped the news for days. After a year- long recovery, Giffords returned to the House floor to formally submit her resignation where she was met by members of Congress with an overwhelming and well-deserved standing ovation and accolades.

Having jogged your memory about who she is, let’s focus on what she’s doing now. As stated earlier, “common-sense gun reform,” no matter how well-intentioned, is nothing more than a deceptive way of allowing federal and state legislators to incrementally take gun rights away from law-abiding citizens. I sometimes wonder if our forefathers had named the first 10 amendments to the constitution the “God-given Bill of Rights” instead of simply the Bill of Rights if Americans would be so dismissive of losing their freedoms. Regardless of the permanent injuries Gabby Giffords sustained, her tragedy does not nullify my right to carry a gun, nor should it.

Lawful gun ownership isn’t just advantageous; it’s moral, because guns have the power not only to preserve life, but to deter oppression by ambitious dictators seeking to enslave people. The founders got it! Their experience living under the tyranny of the British empire led them to write the most freeing document ever known to man, yes, eventually even for former slaves. Within that document the Second Amendment is emphatically clear:

Because a well-regulated state militia is necessary for the security of a free people, the right of the people to keep and bear arms shall not be infringed by the federal government.

This couldn’t be clearer! But leftists, once again under the guise of “common-sense gun reform,” are attempting to enact what truly should be called “irresponsible gun reform” by focusing on symptoms and objects rather than the disease of criminality and the threat of Islamic terrorism we now face in this country. How hard is it to understand that neither criminals nor terrorists follow the law?

Whether we’re discussing the Pulse nightclub terrorist attack or a deranged gunman at a movie theater, the answer is never to punish innocent gun owners. Instead, criminal gun violence should be examined on a case-by-case basis within a court of law, in order to determine whether or not one is incapable of being morally responsible with his or her God-given right to own a gun. Until Gabby Giffords understands that hearts, not laws, have to be changed, her movement will all be for naught.