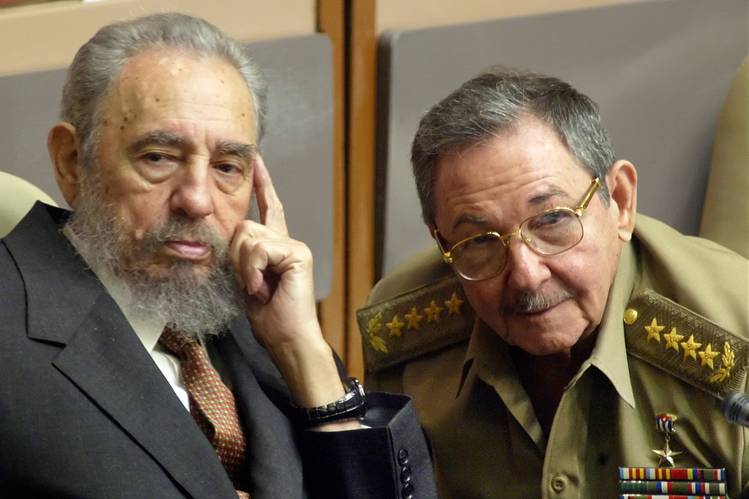 Democrats can’t have it both ways. You can’t say you’re for the “little guy” and flirt with dictators.

Ask yourself, what could be even more disconcerting than a post-constitutional America? Perhaps an apolitical America. Once citizens believe they have no say in their own government system, like Cubans, it’s only natural that they’d express dissent. Dissidents are simply nonconformists eager to buck a religious or political system. However, under a dictatorship, what comes next is often more troubling: first, an aversion or repugnance for politics altogether, only to be followed by apathy due to a lack of interest in a system you can’t participate in, and lastly many become apolitical – where the status quo is all you’ve known so you learn to accept it, whether you like it or not.

President Obama’s trip to Cuba earlier this week was both historic and maddening. While many dissidents met their maker in the shark-infested ocean between Cuba and Miami, while attempting to flee the heavy hands of the dictatorial duo Fidel and Raul Castro, President Obama was eager to shake the very hand that has caused such atrocities to the Cuban people. Why? Legacy.

Within the ivory towers of America’s Ivy League colleges, where theories are equated with real-life experience, leftists like Obama are taught that dictators like the Castro brothers are a byproduct of America’s dominance around the world; therefore, they’re worthy of praise in a morbid sort of way, despite oppressing their citizens for decades. Unfortunately, the people who aren’t discussed often enough in these socialist utopias are the victims that endure utter poverty, despair and hopelessness so their leaders can live like kings off of their labor.

The problem is, as dictators are, leftist politicians want to become. In other words, like dictators around the world, liberal politicians believe they’re superior to their peers. Therefore, in their minds, it’s justified when dictators make all of the political decisions for their nation. After all, someone needs to help out the peons, right? If lives are lost or families destroyed, so be it! It’s all for the greater good.

In a column entitled “Cuba’s Reforms Are a Myth,” writer and Cuban dissident Pedro Juan Gutierrez recalls the era that he named the “pitch-black ’90s.” He wrote, “There was no drinking water, no food, no gas for cooking. The garbage was not picked up because there was no petrol. My apartment began to collapse like so many of the houses here.” Isn’t Communism great?!

Just imagine the feeling of repugnance Cuban dissidents must have for their political leaders. Actually, we don’t have to imagine it; they loathe their nation’s leaders and policies so much they’re willing to risk death in shark-infested waters – death by aversion. Meanwhile, morons in America celebrate Obama opening the doors of commerce to Cuba, not realizing the Castro brothers will grow wealthier by keeping America’s financial benefit for themselves, while they continue to control more industry and their citizens languish in poverty. Obama didn’t help the Cuban people. What he did do was open American minds to communism.

Sadly, as Democrats in America are free to protest political issues that are hot topics in the news, many Cubans, perhaps even most, have grown apathetic when it comes to shaping policy because they’d be arrested for simple acts of protest. While Cubans are forced to work what is essentially slave labor so the Castro brothers can live high on the hog, phony Occupy Wall Street protesters can poop on police cars and demand minimum-wage hikes from their employers who aren’t subsidized by Big Government. If American high school and college kids were taught just how good we have it compared to the rest of the world, we’d see more patriotism and less socialist tendencies spurring up.

Lastly, Pedro Juan Gutierrez revealed in his column what concerned him most about the Cuban population: the generations of people that were born into the Castro’s dictatorship and have become apolitical. They don’t know what it means to protest the system, and frankly, they don’t care. They’ve learned to survive in the system, and that’s all that matters. They have no aspirations of freedom.

As Cuba has opened up, so to speak, all that has happened is that the things that were illegal in Cuba, but were not enforced, are now legal. Therefore, Cubans are now free to do what they’ve always done under the Castros. How does that make any sense?

The Bible tells us where there is no vision the people perish. Obama didn’t make Cuba stronger by opening up lines of commerce. He further blurred the Cuban people’s vision for liberty. Unfortunately for Americans, he’s done the same thing here.