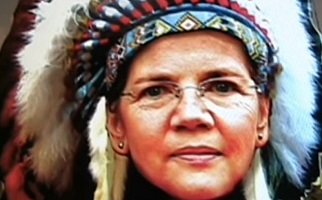 It should come as no surprise to anyone that Sen. Elizabeth Warren, D-Mass., would announce her 2020 run for the presidency despite being mired in scandal. Last week it was reported that in 1986 Warren identified herself as a Native American on her registration card for the Texas State Bar. As a result, many of my colleagues on the right speculated that this was the evidence needed to prevent her from running for president. However, they neglected to add to the equation the left’s hatred for President Trump and the double-standard media grant to liberals. Democrats don’t care about scandal when it comes to their own. They care about defeating Trump!

The truth is, if Sen. Warren can survive long enough to make it to the debates, she’ll be fine. I don’t see her campaign as a threat to Trump, but of those Democratic candidates who have declared for 2020, she’s a top-5 contender.

However, there is something to be said about Warren’s ability to lead given that she’s lied continuously over the years about having Native American heritage, presumably to reap benefits in her career and garner accolades and sympathy among her peers. Even if Warren were an American Indian, Americans expect their leaders to overcome adversity, not wallow in it. It’s hard to believe that anyone would strive to become a victim in life – let alone someone who’s intelligent, accomplished and running to be the leader of the free world. Yet, that’s exactly what Sen Warren did.

It’s just weird! Why has victimhood become such a virtue in the Democratic Party? We’ve all heard of “stolen valor” – where someone lies about his military heroism. But what Elizabeth Warren has done may be even worse. I’ve coined her actions “stolen victimhood.”

Not only has Warren benefited from lying about her heritage, but she’s undermined the left’s position that American minorities still need affirmative action. How? Think about it. She can’t possibly believe that minorities deserve benefits or a leg up in American society when she’s stealing their grant(s), position or possibly even job by claiming to be one of them. Apparently, as a white woman, she felt entitled to receive the same benefits identity politics gives to those she claims to be fighting for.

America is the country the world’s victims retreat to for a better life. Sen. Elizabeth Warren has a better life because she pretended to be a victim for decades. That may spell victory in left-leaning states like Massachusetts, but it spells loser everywhere else.