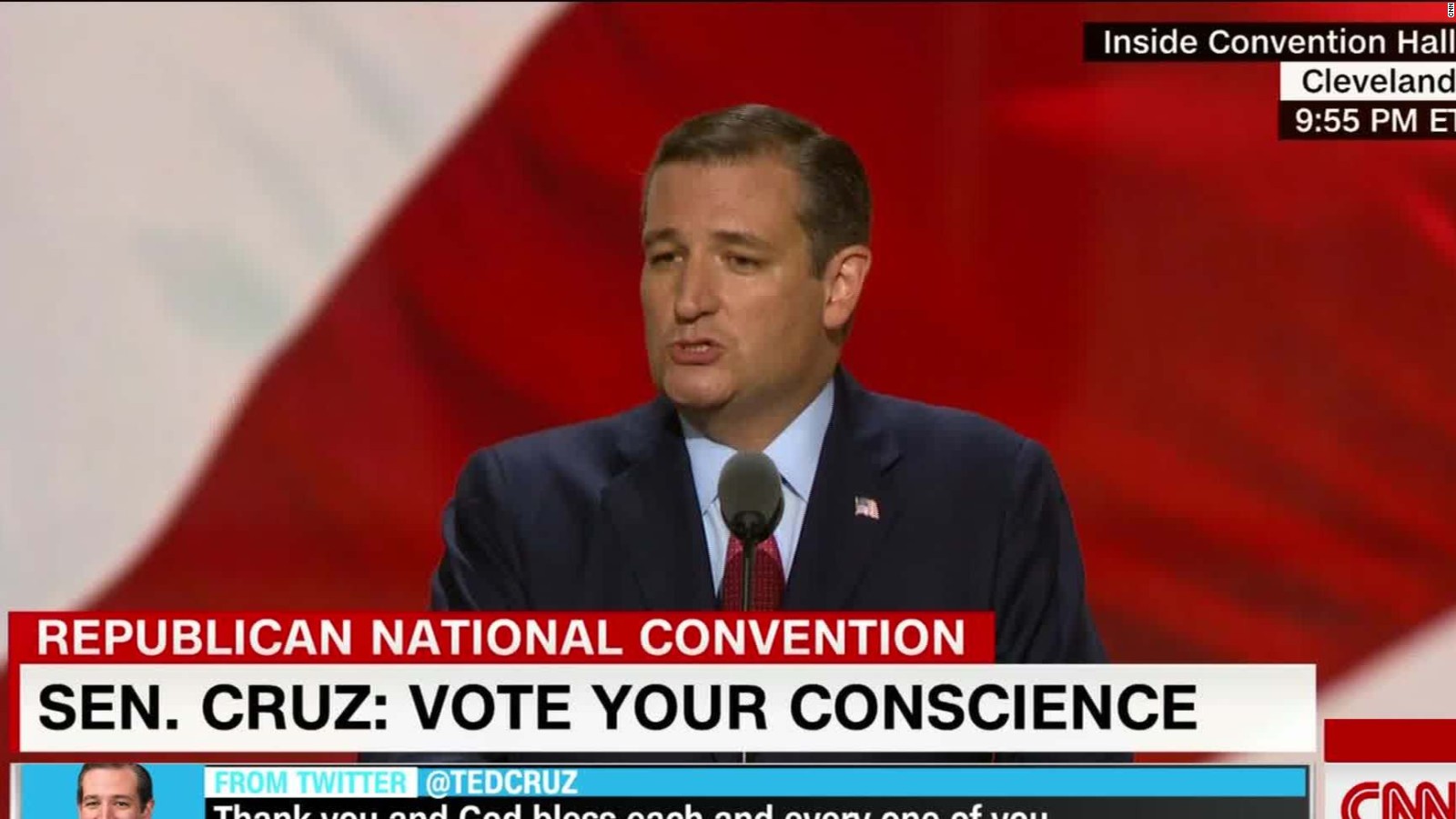 Thank God none of the Founding Fathers were alive to speak at the RNC this year; they might have been booed off the stage had they not endorsed Donald Trump.

Ironically, the darlings of the radical left-wing arm of the Democratic Party, Massachusetts Sen. Elizabeth Warren and Vermont Sen. Bernie Sanders (officially an independent again), capitulated to DNC party bosses, violating their conscience, to offer their endorsement of Hillary Clinton. It was a move that left many of their supporters feeling abandoned and acrimonious. Why did they do it? I suspect they knew their ideas would go nowhere without the help of Democratic Party.

Before I go any further, however, let’s define conscience, and then look at an example in the Bible where God instructs believers not to violate their conscience. First, Webster’s dictionary defines the word “conscience” as “consciousness of the moral right and wrong of one’s own acts or motives.” Now, if you will, take a look at 1 Corinthians 10:25-29. Contextually speaking, this passage specifically addresses the believer’s freedom when it comes to eating certain types of foods. The Apostle Paul admonishes the believer to eat anything he wishes as long as it does not violate his conscience. Furthermore, Paul goes on to detail eating whatever you’d like in the company of an unbeliever as long as it doesn’t violate your own conscience, or causes another man to stumble. If God cares this much about whether or not we violate our conscience over food, how much more must he care about how we defend the integrity of our family?

Now, let’s take a trip back down memory lane at the RNC just over a week ago. I want you to recall the message sent by Sen. Ted Cruz, who was booed off the stage by delegates at the RNC, after delivering one of the best speeches of the week. Now, take a deep breath to allow your anger toward him to subside. You done? Good. What was his crime? His crime was encouraging the delegates to vote their conscience for conservatives who would be true to the Constitution up and down the ballot, instead of offering a blanket endorsement of the GOP nominee, Donald Trump.

Over and over again, I’ve heard media, Republicans and even “conservatives” say Ted Cruz’s career is over. Maybe they’re right. However, as his support amongst Republicans has decreased, his support amongst independents has drastically increased. Why? Perhaps, because he’s the only “politician” who didn’t violate his conscience, unlike Bernie Sanders and Elizabeth Warren. In other words, “Lyin Ted” is becoming “Trus-Ted” amongst a growing number of independents.

Did you notice how the DNC appeased Bernie Sanders supporters on the opening day of the convention? They let them have the show! Masterfully, Michelle Obama spoke that night in an effort to begin the healing process between Clinton and Sanders supporters. They made a valiant effort to unite the party. Imagine that. They were never going to allow Bernie Sanders to win the nomination, as evidenced by the latest email scandal unveiled from Debbie Wasserman Schultz and the DNC.

Now, recall how conservatives at the RNC were treated. The RNC didn’t even allow a state-by-state roll call vote at the open of the RNC that would’ve allowed delegates to vote their conscience on the first ballot. Trump would’ve won the nomination handily even if the vote would’ve taken place. Nevertheless, the RNC decided to crush dissent rather than allow conservatives to vent. How can a party that doesn’t even know how to treat its own expect to grow its base? You got me.