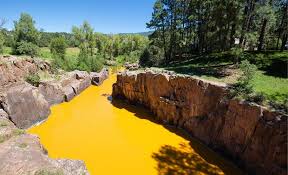 Why hasn’t anyone called Erin Brokovich on the EPA yet? It’s because regulatory agencies like the Environmental Protection Agency exist for three purposes today: to curtail the capitalistic gains of the Industrial Revolution, to mask the failures of FDR’s New Deal, Harry Truman’s Fair Deal and LBJ’s Great Society (social engineering) and to silence the critics that know better.

According to a two-part lecture given by John Adams of the Heritage Foundation in 1988 and 1989, entitled “The Regulatory Revolution and The New Bureaucratic State,” before Richard Nixon and Congress “cooperated in a vast augmentation of regulatory power” between 1970-1974, America had never seen such drastic change of the ends and means of our government, including FDR’s New Deal and the entire Progressive Era. Although Richard Nixon may have intended to reform federal regulatory agencies initiated by Democrats, he did more damage than good by creating additional agencies that have both managed to stagnate innovation and keep leftists empowered despite their failing policies. The EPA is one of nine of the agencies created during that four year period.

According to Adams, there were five qualitative changes consequent to the regulatory revolution:

1) A great increase in the economic burdens of government. A great example is when the federal government decided to become venture capitalists for a safer motorcycle, only to find, after spending $250,000, that it was safer to drive a car.

2) The centralization of administration and a consequent weakening of the central government. In other words, the federal government gave up some of its own power to regulatory agencies. As a result, OSHA got into the toilet business.

3) An unlimited and unconstitutional extension of regulatory authority. Under affirmative action, local schools lost the authority to determine who could teach in their schools. Black teachers were to be sent to white schools and vice-versa, but teachers lied about race on their applications to stay where they were.

4) Social and political debilitation. This led to the EPA slapping emission-control devices on cars, which made them less reliable. Out of “fairness (and I’m not kidding)” they later added those same controls to motorcycles.

5) Corruption of American politics. The industries regulated by these agencies created PACs to fund politicians that would help them game the new system.

These are just few examples of many. These agencies effectively hide the administrative and economic failures of both the New Deal and Great Society because they aren’t limited by budgets. Even Ronald Reagan himself was unable to dismantle the regulatory juggernauts that came into being. This was largely due to what Adams calls “creative federalism” – the federal government had begun paying off states to cooperate with the programs devised under the federal regulatory agencies. They essentially hooked citizens of all walks of life to the crack-like addiction of federal programs before Reagan even stepped foot into the White House.

With this background, let’s now recap what happened this week with the EPA.

The EPA spilled 3 million gallons of toxic heavy metals and contaminants into a creek that flows into a river above Durango, Colorado, Aug. 5. Consequently, seven public water systems were shut off in Colorado and New Mexico – and the media are virtually silent! When regulatory agencies designed to protect us from ourselves threaten our well-being, who’s going to protect us from them? The simple answer is no one, thanks to the “Regulatory Revolution.”

If little Timmy huddles in the corner of a public pool, turns his back, then suddenly the water surrounding him turns yellow, the world, or at least the other swimmers panic. But let the Environmental Protection Agency release a “orange plume of wastewater” down the Animas River into New Mexico’s San Juan River and we get a half-hearted statement from the EPA’s administrator, Gina McCarthy, like this:

“It Is really a tragic and very unfortunate incident, and EPA is taking responsibility to ensure that the spill is cleaned up. The most important effort that we are ensuring right away is the health and safety of the residents and the visitors near that river. There are thousands of abandoned mines throughout the West, and EPA routinely works with states to clean up these spills.”

Normally, an incident like this wouldn’t bode well for President Obama’s recently unveiled “Clean Power Plan,” but regulatory agencies are immune from public accountability, media scrutiny and political adversity thanks to the “Regulatory Revolution.” Despite showing lead concentrations that were 3,500 times than normal, less than a week later much of the spill has been dissolved by God’s good old-fashioned creation – nature, thus illustrating the utter uselessness of the EPA! No matter, all that’s important is that Americans think we need the EPA to perform jobs that would be better left to local municipalities.

Unless America turns back to our Judeo-Christian heritage, strengthens our military, seals our borders, implements a flat or consumption tax system at much lower rates and dismantles some of our federal regulatory agencies, America will never be great again.