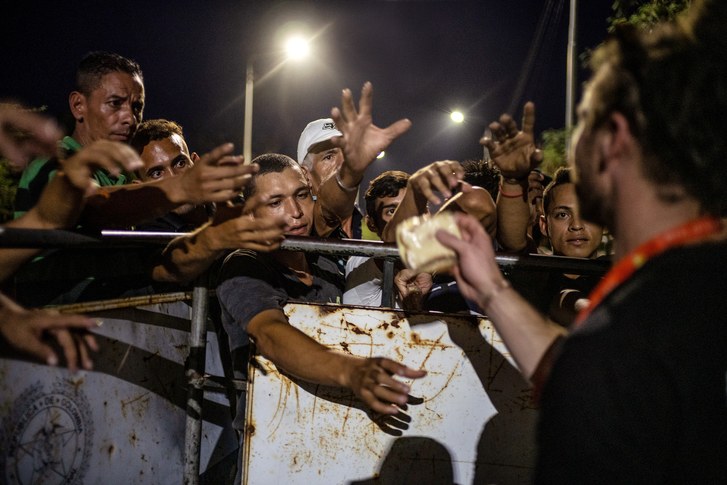 Actor, comedian and game show host Steve Harvey was recently called a sellout on Twitter by the black female comedian simply known as Mo’Nique. Mo’Nique made an appearance on Harvey’s talk show where she defended calling for a boycott against Netflix last year. She claims she was low-balled by Netflix, who asked her to record a comedy special. She believes her race and sex played a role in Netflix’s offer. Vanity Fair reported that Netflix offered her $500,000. Comparatively, Amy Schumer was offered $11 million for her stand-up comedy special before renegotiating a final deal for $13 million. Likewise, Chris Rock and Dave Chapelle we’re given $20 million each for their Netflix stand-up specials.

Mo’Nique was upset with Steve Harvey because she claimed he supported her decision to boycott Netflix in private but didn’t have the courage to stand up for her in public. The two went back and forth during the heated interview. Harvey mentioned that Mo’Nique had developed a reputation in Hollywood of being “difficult.” He explained that he thought she should’ve handled the dispute differently. He also cautioned her not to put her integrity before her ability to provide for her family. He told her “the best thing you can do for poor people is not be one of them.” That’s when the world went cra’ cra’.

After the interview, Mo’Nique took to Twitter and labeled Harvey a sellout over that quote. In my opinion, Harvey was right to say that the best way to help the poor is to not be poor. Can a poor person give you a job? Poor people don’t have the resources to give to those in need. Nor do they have expendable income to donate to charities. Yet, the wealthy are vilified for earning exceptional incomes. Capitalism is demonized as a system of greed. But for some reason socialism escapes serious scrutiny in the U.S.

Take Rep. Alexandria-Ocasio Cortez, D-N.Y., for example, aka AOC. Just a couple of weeks ago Jeff Bezos, the owner of Amazon.com, announced that he would scrap a deal to move another headquarters to New York City after receiving public backlash from politicians over a $3 billion tax credit offered by Gov. Cuomo and Mayor Bill de Blasio. Amongst the protesters was New York’s freshman congresswoman, Ocasio-Cortez. As a result, The Job Creators Network sponsored a billboard in the middle of New York’s Times Square that read:

The billboard was spot on! It was also indicative of what would happen to the middle class under the policies outlined in Ocasio-Cortez’s Green New Deal. Amazon’s exodus from NYC proves that. The jobs lost would’ve paid approximately $150,000 per year. That’s $24,000 less than Cortez makes. Not bad. Yet, Cortez decided that it was better for New York City to lose those jobs rather than to give a big corporation a tax break.

The truth is socialism screws the middle class like Cortez screwed potential Amazon employees, and necessarily so. You need the poor and the wealthy warring against each other so that politicians like Cortez can step up and be a hero to the poor by providing more government welfare, and a nemesis to the rich by taxing them more. The rich are mobile. Middle class people aren’t. Ultimately, it’s the middle class that’ll be stuck paying the bill for welfare. This, of course, would make it virtually impossible for them to climb up the socioeconomic ladder themselves.

I concede, there will always be greedy capitalists. However, the free-market works as a check on such people because buyers can always go somewhere else for a better product, better services and better pricing. Who’s going to restrain the federal government when politicians decide they want more of your money to get themselves re-elected? No one!

If I could circle back to Mo’Nique for a second. She may have a legitimate claim that Netflix low-balled her. But that doesn’t mean she should be paid as much as Amy Schumer. Mo’Nique has nearly 538K Twitter followers. Amy Schumer has nearly 5 million followers. Netflix assessed her value based on the audience they believed she could draw. Yet, Mo’Nique felt entitled to more. Socialists feel entitled to more of your time and labor as well.

In other words, there’s no need for us to worry about what our neighbor has. God expects each of us to produce no matter what we have. There’s contentment in hard work. You’ll never satisfy entitlement.