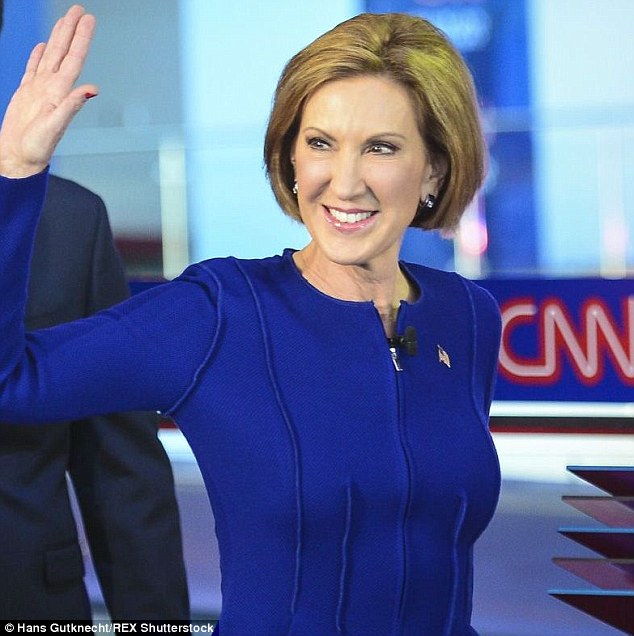 Say what you will about Sarah Palin, but when she became Sen. John McCain’s vice presidential running mate in 2008, when she spoke, conservatives were inspired. Her speeches were substantive and energetic. Her words made you feel proud to be an American – a Republican even. With Carly Fiorina, despite being one of the most informed and substantive candidates in the GOP race today, I feel like somehow I’m in trouble when she speaks. Based on her, declining poll numbers, I’m not alone.

Unless Carly Fiorina makes major stylistic changes to her campaign before the two upcoming GOP debates that precede the Iowa Caucus, it’s unlikely she’ll make a resurgence. So where did her campaign go wrong? Let me remind you of three words: “dropped the mic.” Those words were uttered to the press by Fiorina’s campaign after she won the JV debate that propelled her onto the main stage. Big mistake!

Can you imagine Donald Trump turning down an opportunity to gain more exposure? Oh, I’m sure it happens, but surely not often, particularly for good press. Carly Fiorina can “drop the mic” if she’s leading the entire GOP field by double digits! Not before. I understand that candidates want to be cautious in a social media, sound-bite age. However, this political year has been uniquely favorable to “outsiders.”

Candidates can afford to take risk that were inconceivable four short years ago, as long as they’re in tune with their base and have the ability to communicate policy effectively. Whether we’re talking about Trump, Cruz or even Dr. Ben Carson before his recent decline in the polls, these candidates work just as hard between the debates to keep their media exposure high. Trump is constantly in front of cameras sounding off on headlines; Ben Carson takes time daily to respond to his followers on Facebook; I can’t go more than a few days without receiving a text alert or email on my smartphone from the Cruz campaign. Simply stated, these guys don’t “drop the mic.”

Secondly, when Donald Trump commented on Carly Fiorina’s face, he wasn’t talking about her looks. She’s an attractive woman. He was, however, talking about “the look” – as in the permanent look of disdain affixed to her face. If you want voters to invite their president into their home via television, you have to be inviting! There’s no way to get around that with today’s media. She of all people should know that! I’m certain Carly would say something like “serious times call for a serious candidate,” and she’d be right – just not likeable. Her campaign told her to smile more; I wish she’d listen! When headlines hit the press that she can capitalize on, she needs to be in front of a camera with serious answers and an inviting tone.

Thirdly, stop wasting valuable air time, television or otherwise, attacking Donald Trump! Who cares what Donald Trump has to say! Your supporters want to hear what you have to say! If you can get past Carly’s campaign foibles, she’s a very substantive candidate to be reckoned with – particularly on issues concerning technology, the economy and jobs, as well as foreign policy. She needs to stop telling us why we should hate Trump and begin telling us why we should love her!

Lastly, we’re conservatives! Stop playing the gender card except for personal interviews where you’re asked to recant specific circumstances where your gender affected you in life – good or bad. Obviously, being a successful businesswoman brings a unique experience to the race, but I don’t want to hear about it in every debate. Serious conservative voters don’t care to hear jokes about how a woman can do things better than a man. They want to know how you’d make a better president than the man standing next to you.

Having said that, a whole lot can change in the course of two debates. Carly did it once. She can do it again.