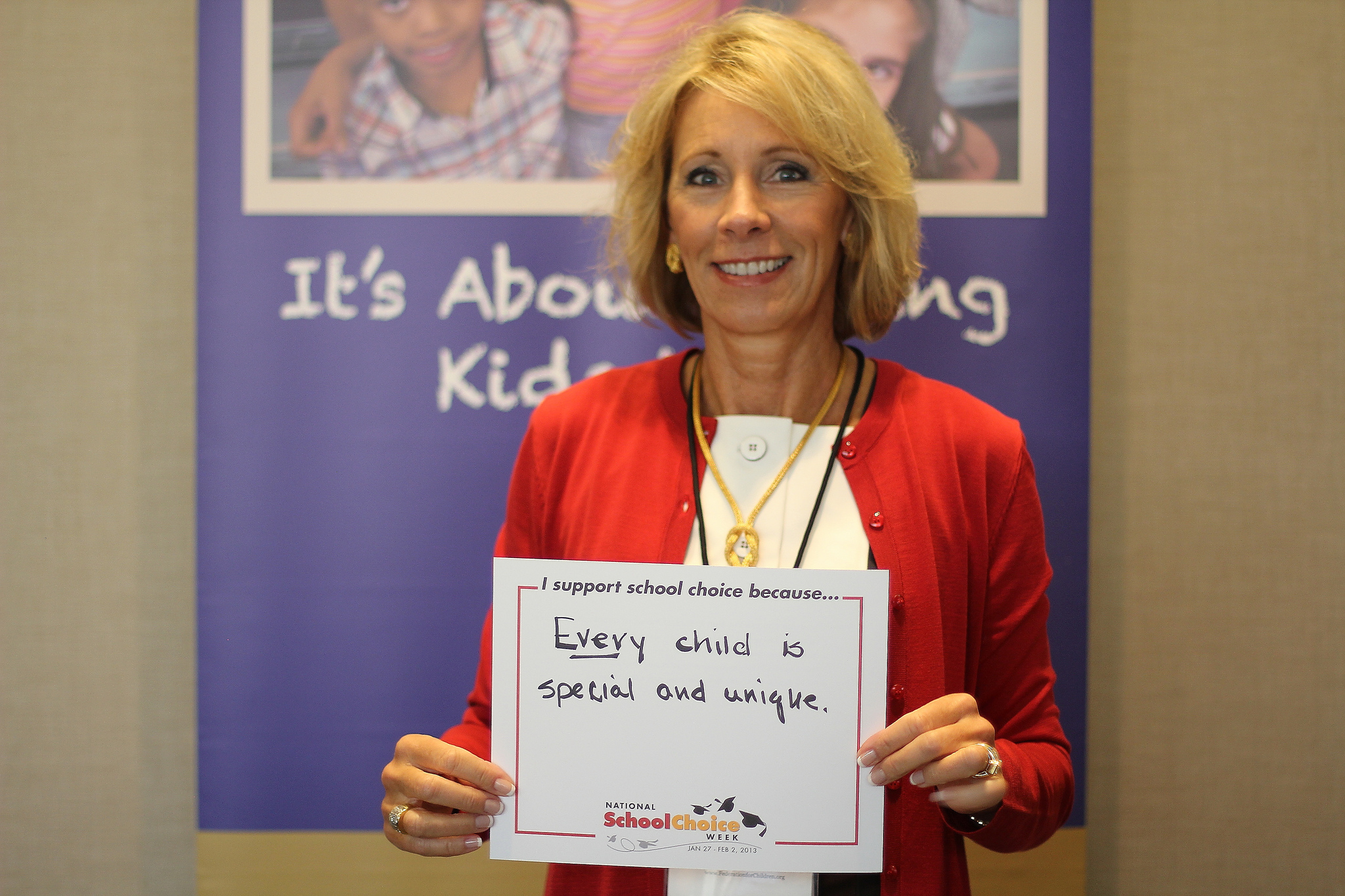 Have you heard of the acronym H.I.R.E? I’m sure most of you haven’t unless you’ve heard me on radio or read old columns of mine. H.I.R.E is an acronym I created to describe four political topics that could potentially pose an existential threat to America from within. H.I.R.E stands for health care, immigration, regulation and education – all of which have huge tax implications and are often abused by the left in its attempts to create a socialist America by undermining the Constitution. It’s important that you remember this acronym if America is to remain free.

Despite President-elect Trump restocking the swamp with many of the same old fish, as a conservative who’d love to see many of the regulatory departments in Washington dismantled, I’m admittedly relieved and excited by many of his Cabinet picks thus far. I’m even pulling for Mitt Romney as secretary of state! Romney! But, the two picks I’m most pleased with are philanthropist billionaire Betsy DeVos for secretary of education and Rep. Tom Price for secretary of health and human services.

I’m particularly excited about these two Cabinet positions because I believe these picks will have an advantageous effect on all socioeconomic classes and ethnic cultures across the spectrum. Short of abolishing the U.S. Department of Education (DOE) and the U.S. Department of Health and Human Services (HHS), the next best thing we can do as conservatives is to use these departments to incrementally return decisions about health care and education to the states so they can no longer be used as tools by the left for the purposes of indoctrination in the case of education, or for growing government dependency in the case of Obamacare.

Though I wasn’t fond of the Trump candidacy, it doesn’t mean I can’t praise him when he does good. When he does something I feel is wrong or unconstitutional, I’ll criticize him.

Having said that, now that you understand why H.I.R.E. is such an important acronym to know, let me explain why minorities, specifically those that are impoverished, should be ecstatic about Betsy Devos and Rep. Tom Price, despite the left-wing media narrative. We’ll start with health and Rep. Price’s appointment to be the next HHS secretary.

According to ABCnews.com, in a column written in 2011 entitled “5 Diseases More Common in Minorities,” blacks are more likely to die from cancer, heart disease, HIV/AIDS, diabetes and osteoporosis. Latinos are also more susceptible than whites to die from these diseases, but slightly less susceptible than blacks. Adopting a healthy lifestyle and receiving regular health screenings are the keys to living longer lives. However, the column cites poor access to care, lack of health insurance and in the case of some Latinos fear of seeking medical care because of their immigration status as major contributing factors to why minorities die earlier from some of the same diseases as whites.

Choosing Price, an orthopedic surgeon by profession, to head up HHS was a brilliant choice by Donald Trump, not just because he’s a doctor that understands the importance of doctor-patient relationships and the nuances of public policy, but because he’s actually devised a plan that will give all Americans better access and options to health care than does Obamacare. Price is the author of the Empowering Patients First Act, which would repeal Obamacare and replace it with patient-centered plans that control costs and expand coverage in the real world outside of Washington for everyday Americans. According to the Heritage Foundation, Rep. Price’s proposals would provide tax relief for all Americans so they could own and control their health policies, just like life insurance. This would make your coverage fully portable and secure without government intrusion or regulatory penalties. Can you imagine doctors lowering costs to compete for your business?

As if access to better and more affordable health care weren’t enough, Trump appointed Betsy DeVos, an education advocate capable of seeing past government bureaucracy, to head up the DOE. With this pick, school choice is no longer just an option for privileged kids like President Obama’s children – now your kids can have options, too. Imagine a world where schools and teachers are actively competing to see which of them can design programs and curriculum that make your kids smarter and better equipped for the real world, so they don’t have to waste their time protesting with Black Lives Matter once they graduate high school and college.

Betsy DeVos supports homeschooling, charter programs and voucher programs so that all kids, no matter their parents’ station in life, can have access to a quality education, and even a religious-based education if they so choose. The only children that will be left behind if Betsy DeVos is successful under President-elect Trump are those that don’t have the family structure to back them. Contrary to left-wing belief, that isn’t an issue government can fix – that’s a God issue.

If Donald Trump allows these Cabinet picks, with the help of Congress, to begin implementing health-care and educational reforms that will return power and access to moms and dads in every state and city across the country, that alone will be a huge win for the incoming administration.