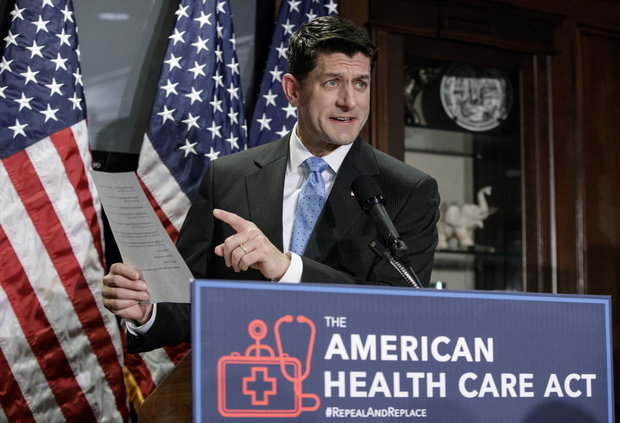 Ed is an expert in health care policy and frequently is asked to help lawmakers design and draft reforms to the health systems.

The House Republican leadership released its health care bill on Monday, March 6, which has received criticism from many conservatives in both chambers of Congress.

The key problem with the draft House health care bill is that it fails to correct the features of Obamacare that drove up health insurance costs. Instead, it mainly tweaks Obamacare’s financing and subsidy structure.

Basically, the bill focuses on protecting those who gained subsidized coverage through the law’s exchange subsidies and Medicaid expansion, while failing to correct Obamacare’s misguided insurance regulations that drove up premiums for Americans buying coverage without government subsidies.

That is both a policy problem and a political problem.

About 22 million individuals currently receive subsidized health coverage through the exchanges (8 million) and the Medicaid expansion (14 million). For them, Obamacare’s higher insurance costs are offset by the law’s subsidies. However, that is not the case for another group of about 25 million Americans with unsubsidized individual-market coverage (10 million people) or small-employer plans (at least another 15 million people).

Those 25 million are the ones who most need relief from Obamacare, and have the strongest motivation to politically support repeal and replace. Their lived experience of Obamacare has basically been “all pain, no gain,” as they have been subjected to significant premium increases and coverage dislocations with no offsetting subsidies.

Unfortunately, the draft House bill provides no meaningful relief for that group that is most adversely affected by Obamacare and most supportive of repeal.

Instead, the draft bill leaves Obamacare’s costly insurance regulations in place, and attempts to offset those costs with even more subsidies—a variant of the same basic approach in Obamacare.

In that regard, the draft bill’s new “Patient and State Stability Fund” is particularly problematic. That program would provide grants to states of up to a total of $100 billion over the nine years 2018-2026.

There are a several significant problems with this new program.

First, it substitutes new funding for old Obamacare funding without adequately addressing the misguided Obamacare insurance market rules and subsidy design that made the exchanges a magnet for high cost patients.

Those mistakes in Obamacare created an insupportable burden on the individual insurance market by concentrating expensive patients in only that small portion of the total market.

Second, like Obamacare, it doesn’t actually reduce premiums, but rather masks with subsidies the effects of Obamacare provisions that drove up premiums in the first place.

Third, it creates a new entitlement for states. Furthermore, without a resulting reduction in unsubsidized premium levels, future Congresses will likely face pressure from states and constituents to extend and expand the program.

The draft bill also fails to wind down the Medicaid expansion and may encourage states to add enrollees.

Under the Medicaid expansion, the federal government reimbursed states 100 percent of the cost of expanding Medicaid to able-bodied adults, with federal support eventually declining to 90 percent.

Yet, states continue to receive significantly less federal assistance (50 percent to 75 percent, depending on the state) for covering the more vulnerable populations (such as poor children and the disabled) that the program was intended for. That policy was both inequitable and unaffordable.

The draft bill does not correct that inequity, but rather reduces the enhanced match rate from 95 percent to 80 percent. The better approach would be to allow states to immediately cap expansion population enrollment, while also setting federal reimbursement for any new expansion enrollees at normal state match rates.

Such changes would likely limit the addition of new individuals to the program, and also substantially reduce the size of the federal revenue loss that expansion states will incur when the program terminates. That is because a significant share of current enrollees can be expected to leave the program for other coverage during the transition period.

Yet another policy mistake is the failure to take the first step toward providing more equitable tax treatment of health insurance.

The House version drops a proposed cap on the unlimited tax exclusion of employment-based health insurance contained in an earlier version, while retaining the so-called “Cadillac Tax”—the 40 percent excise tax on so-called “high cost plans”—and delaying its implementation until 2025.

Congress should kill that punitive excise tax and replace it with a cap.

While the Cadillac tax would force employers to alter the health benefit plans that they provide their workers, no such effect would result from the cap on the exclusion. It would simply limit the amount of employer health benefits that constitute pre-tax income to workers.

What a cap on the tax exclusion would do is to encourage both employers and workers to rethink how much of total employee compensation should be devoted to health benefits.

While employers would still have total flexibility to design benefit plans that suit their own circumstances, a cap on the amount of pre-tax funding would encourage both employers and workers to reevaluate the trade off between higher health care spending and higher cash wages.

There are numerous other issues with the bill. For example, while allowing insurance companies to charge a mark-up of 30 percent for delayed enrollment can help address continuity of coverage issues, mandating that penalty is not the way to proceed.

This bill misses the mark primarily because it fails to correct the features of Obamacare that drove up health care costs. Congress should continue to focus on first repealing the failed policy of Obamacare and then act to offer patient-centered, market-based replacement reforms.

This piece originally appeared in The Daily Signal