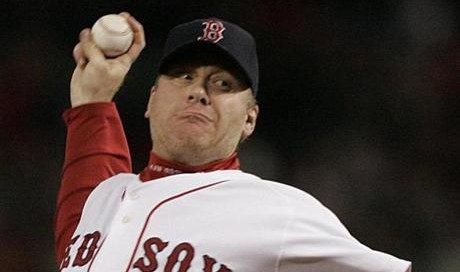 This is likely the easiest way to address all of you out there who are just dying to be offended so you can create some sort of faux cause to rally behind.

Let’s make one thing clear right up front. If you get offended by ANYTHING in this post, that’s your fault, all yours.

And for you people too dense to understand this one very important thing. My opinion, 100% mine, and only mine. I don’t represent anyone but myself here, on facebook, on twitter, anywhere.

See here’s the thing. I do NOT care what color you are, what race, what sex, who you sleep with, what you wear. I don’t care and I never have. I have opinions, but they’re just that, opinions. And opinions are like buttholes, everyone has one and they usually stink.

You know how I know you ‘offended’ people are full of crap? Because I’m not even close to any of the things you so desperately want me to be, so you can whine.

I’m loud, I talk too much, I think I know more than I do, those and a billion other issues I know I have. Like everyone one of you I have flaws, but I’m ok with my flaws, they’re what make me, me. I thank the Lord for the life I’ve been given. A life interspersed and occupied by men and women who are gay, by people of all races and religions, by men and women who dress as the other, by men and women who’ve changed to women and men. Not one decision I’ve ever made about a person has anything to do with those things I just mentioned, nor will it ever.

You frauds out there ranting and screaming about my ‘opinions’ (even if it isn’t) and comments are screaming for “tolerance” and “acceptance” while you refuse to do and be either.

YOU’RE the ones making it the issue. I don’t care, if you ask me about any of the topics it’s likely (much to the chagrin of many) I’ll answer with my opinion.

There are things I have deeply held beliefs in, things I have that are core to who I am, things I am passionate about. If you ask me about them it’s likely I’ll give you a passionate answer, whether you like that answer or not is completely up to you. I am not going to give you answers to make sure you like what I say, let the rest of the insecure world do that.

But let me reiterate, I don’t care who, what, where or why you are who you are. I care about people and how they treat others. You will NEVER in your lives find a single person who’s met me/knows me who would ever say I treated them as anything other than a human. None.

Wouldn’t you assume that all of you offended folks would have heard of me treating people the way you needed me to treat them, to be what you so desperately want me to be?

If people want to create stories or impressions where there are none, and you want/need to get offended by them that’s on you.

But for now, if you want to be offended and have that offense be by something you THINK you interpreted or you THINK you heard, go for it.

But for the love of God stop making crap up, it’s boring and it’s stupid and there are actual causes that need attention such as homeless veterans and our archaic education system.

Two benefits of this I didn’t forsee. 1) Twitter has made their “Block” far easier to use 2) You find out who your friends are when folks create crisis about you, that actually aren’t.

The hunt to be offended…