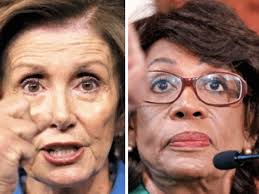 Share
Facebook
Twitter
Email
Democrats have nothing to offer voters this election cycle except outrage and protests. As a recovering liberal myself, I’ve told my radio audience for years “democrats make you mad, so you don’t have to think.” Heading into the midterm elections, it’s clear their strategy hasn’t changed post-Obama.

I’ve grown increasingly convinced that Trump’s 2016 victory will not be the last political shockwave Americans will witness this decade. As you know, the party opposite the White House administration typically wins the midterm elections. With Trump’s rising poll numbers, it’s possible Democrats are in for a rude awakening this November; we’re more likely to see a “Red wave” than a “Blue wave.”

Thus far, the Democratic Party hasn’t advanced any solutions concerning the economy and job creation, domestic unity, illegal immigration or foreign policy. As a matter of fact, if you’re a part of the Trump administration, you’ll be lucky to find a restaurant where you can enjoy a meal free of protesters or without fear of being kicked out. Just ask White House Press Secretary Sarah Huckabee Sanders or Homeland Security Secretary Kirstjen Nielsen.

A backlash is inevitable this fall. The question is how large will it be? I consider myself a “Wait-and-see Trumper.” I voted for Ted Cruz in the GOP presidential primary and I wrote him in on the November ballot. Today, I’d vote for Trump in a heartbeat! Furthermore, I’m so sick and tired of the Democrats’ fake outrage towards everything Trump is for, I’m actually excited to vote Republican for the first time since 2012.

Trump has racked up some great accomplishments since taking office. He’s appointed a record number of conservative judges to the federal bench; he’s got a plan to defund Planned Parenthood; he’s nearly abolished ISIS (a feat President Obama said would take 25 years); he’s signed the “Tax cuts, Jobs Act” into law, and he continues to abolish onerous regulations, particularly at the EPA, that wreaked havoc on our economy and job creators for decades. In short, with the exception of tariffs, Trump has been a pleasant surprise for conservatives like myself determined to see GOP victory this fall.

What’s the Democratic plan to win new voters this fall? I’ve compiled an unofficial list below:

The Democratic Party has been co-opted by the far left-wing of their party. Americans are growing sick of their divisive tactics. President Obama was able to march his party further left because he was an aberration as America’s first black president. By in large, Americans have had enough.

We’re not racists because we want secure borders! We’re not selfish because we believe we can handle our money better than politicians in D.C.! We’re not bigots, homophobes and xenophobes because we’re guided by the dictates of faith and religion! We’re not war mongers because we believe if you have the audacity to place our troops in harm’s way you’d better give them the tools and equipment needed so they can win quickly and decisively. We’re Americans who love our country and the Constitution, and until Democrats realize that, their happy days at the ballot box are over.