The Carl Jackson Show and Blog
Home The Blog Life 6 REASONS LADIES SHOULDN’T WAIT AROUND FOR MEN THAT WANT TO DELAY... 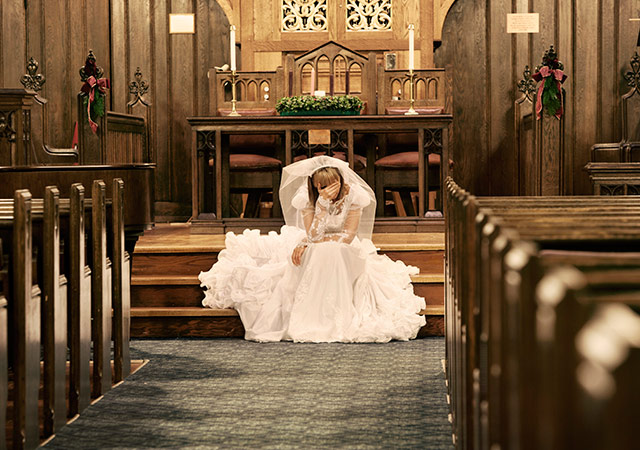 There was a point in my life where I became that guy that I hope my daughter never dates. I wasn’t always that guy. Nor did I ever intend to be. The truth is men aren’t born to be dogs. They’re taught to be dogs. The good news for women is, you’re a significant part of the cure.

My parents raised all five of their boys, including me, to respect women in every way. Because of that upbringing, I dreamed of being the Romeo to my Juliet. Oddly enough, I dated a couple of “Juliets” early on, but I was too young to understand what I had. Nonetheless, I went out of my way to make them feel respected, special and appreciated. They reciprocated.

Sadly, my outlook on women changed after I was hurt in back-to-back relationships. At the time the pain was so unbearable I decided then and there I had had enough with women who treated me like crap. I was determined that no woman was ever going to hurt me in the same way again. What a big mistake!

Subsequently, I spent years “playing the field.” I made all sorts of promises to women I never intended to keep. I’d even tease the prospect of marriage if that’s what it took to get what I wanted out of the relationship. I’d say stuff like “I really do like you and I want to be with you long-term, but I don’t want to get married until I’m 27ish, maybe 30.” I don’t know why I settled on that age range, except that I heard some of my homeboys say the same thing over the years.

The truth is I had allowed the young women who hurt me to occupy space in my mind and heart for a long time. I wanted revenge. Not only had I lost the innocence I envisioned saving for my Juliet; I lost the trust and respect that I was taught to have for women growing up.

In hindsight, I knew better than to date the women I picked. Although, I had walked away from my faith and I wasn’t politically inclined at the time, I knew enough to realize they were feminists. Both ladies were of the opinion that they didn’t need a man in their lives. Ironically, they could never be alone. Their hearts were revolving doors for men. Coincidentally, both ladies were abandoned by their father’s as children. If I’m honest, I instinctively knew that these ladies weren’t marriage material. Yet, I was foolish enough to believe becoming their Romeo would be enough to change them. How foolish.

I only wish more women realized how much power they wield over men. Likewise, I wish more women understood the damage feminists have caused to male-female relationships, as more ladies unapologetically assume and minimize the unique and inherent qualities of men – such as our unquenchable desire for sex and our need to provide for and protect our women.

If more women were bold enough to demand that their men “put a ring on it,” and I’ll add “put a date with it,” you’d see fewer dogs and a whole lot more gentlemen who respect and appreciate women for who they are. Women who wait for men that ask them to wait for marriage are doing irreparable damage to themselves and the men they love for the many reasons I detail below:

First off, a man that demands that you wait years until he’s ready to marry you is playing you like a violin. Why? Because he’s not convinced that you’re the one for him, but he doesn’t have the courage to let you go just in case you are.

Secondly, ladies that wait too long for a wedding ring can damage their self-esteem by avoiding other men who are ready to marry you and settling for a guy whose actions scream “You’re not good enough right now!” Why would you do that to yourself?

Thirdly, men won’t grow up unless women make them. Marriage challenges a man to become a better more caring version of himself by focusing his energy on his family’s spiritual, physical and financial well-being.

The fourth reason is obvious, ladies! Your body can only produce babies for so long. God created you that way. Don’t wait for a man that doesn’t concern himself with your biological clock. He’s not serious about having a family.

Fifth, men who are allowed to play the field too long will always struggle with sexual exclusivity. It’s harder for a man to settle down with one woman, even if he loves her, if he’s never had to learn to control his sexual drive.

Lastly, and perhaps the most heart wrenching of all: Women who wait too long for marriage may end up lonely and unfulfilled for their entire lives. Money and power can’t evade the loneliness you’ll experience as you grow older and suddenly realize they’ll be no one around to grow old with, vacation with or celebrate holidays with. And, in the case of children, you’ll never experience the joy – and sometimes sadness – that comes with being there to see your children achieve their own milestones.

In Dennis Prager’s column last week, entitled “A message to young women from a career woman,” he outlined a caller’s testimony to his radio show. She expressed heartfelt regret that she listened to her feminist mother who taught her to focus on her career instead of building a family. By the time she realized how empty her life was without a family, it was too late.

Ladies, don’t be that woman. Boys need to become men. Men shouldn’t remain boys. If you’re dating the man you want to marry, and he wants to marry you, demand that he put “a ring on it,” and a “date with it.” Otherwise, you’ll ruin the good guys that are left.