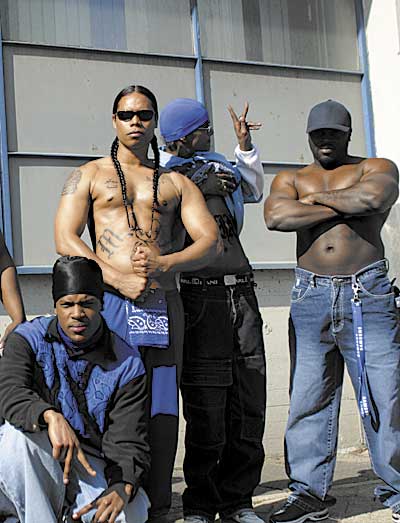 No parents, no jobs, no hope. This feeling of pessimism runs rampant in ghettos.

All across America, high school seniors are preparing for graduation. Their caps and gowns are hanging effortlessly and neatly inside their bedroom closets, despite the mess all over their floor. Their summers are already planned out. After graduation, some will attend college in the fall, some trade schools. Many others will go straight into the workforce. Unfortunately, some will barely graduate, or fall between the cracks because no one stopped to recognize their potential, or dropout altogether with nothing to hope for out of life.

Lots of these kids have no parents to offer them guidance, or they come from single-parent homes where dad is typically absent. Even if job opportunities were available at minimum wage, sadly, leftists have taught kids that minimum-wage pay isn’t worth their time. Damn the marketable skills learned. The truth is, statistically speaking, they don’t stand a chance without our help.

Just the other day, I became overwhelmed with emotion just thinking about how many high school aged kids in da’ hood have already experienced their best years of life, and sadly, it doesn’t have to be that way. I felt so helpless. I grieved for them. I wanted to go around and adopt and foster any kid I could that felt hopeless and abandoned. Then, I looked at my bank account. It wasn’t possible. So, let me back up for a moment.

I have a confession to make. I can be an over protective parent on occasions. I don’t want my daughter to experience many of the hardships I did growing up. The truth is, she won’t. I grew up with five siblings in Los Angeles, California, so I didn’t get a lot of new things. We fought and teased each other a lot, like any other family that has several siblings, I suppose. My mom died when I was 11 years of age, and I wasn’t close to my dad, until recently. After my mom’s passing, I experimented with gangs, girls and crime. Despite being enrolled in advanced-level classes at the time, I quickly became a product of my environment.

Now let’s fast forward. As my daughter prepares for her graduation in just a few weeks, my wife and I were discussing career options with her, based on her inclinations and strengths. Additionally, we’ve made payment arrangements with her to purchase my old 2002 Toyota Camry that still runs like a champ. Initially, she had decided upon being a nurse with a specialty in pediatrics because she loves kids. Then she decided she wanted to be a history major and eventually find employment as a teacher at a private Christian school. However, as she’s grown older, matured and became increasingly self sufficient, she’s gravitated toward her strengths and has decided to pursue a career in hair and makeup. She’s going to cosmetology school, and I couldn’t be more proud! It’s not where I thought she’d end up, but, I’m so happy she’s arrived there. It fits her, and if she gets good at her profession like a couple of stylists I know, she’ll make boatloads of money and pay for my retirement.

The point is, safe environments allow kids to dream. I didn’t get that after Mom died. Standing at the bottom of the stairwell, it occurred to me that despite all of my flaws as a dad, going to church with my daughter and teaching her to be responsible with money is something most kids in the ghetto will never experience growing up.

This is where we’ve failed in the conservative movement. I’m not saying we need to drive into da’ hood with conservatism a blazin’. But, if you recognize a need in your church or your kid’s school, how hard is it to take a child aside and reinforce that if they graduate high school, get a job and don’t have a kid until after they’re married, they’ll succeed? These are the conversations the left despise. Unemployment numbers in the ghetto are high not just because of a lack of opportunity, but due to a lack of vision. Why do you think so many low-income kids gravitate toward sports to make something of themselves? They get mentoring and a work ethic by focusing on a singular dream that they won’t find anywhere else, including home.

Conservatism is compassionate! Leftism is evil! Look at the destruction it has caused in neighborhoods like the ones I grew up in. We should have a righteous indignation toward leftism and a soft spot for people. The Bible tells us that if you have the faith of a mustard seed you can move mountains. Lets become determined to spread a seed of hope in kids who won’t hear encouragement from anyone else but us.