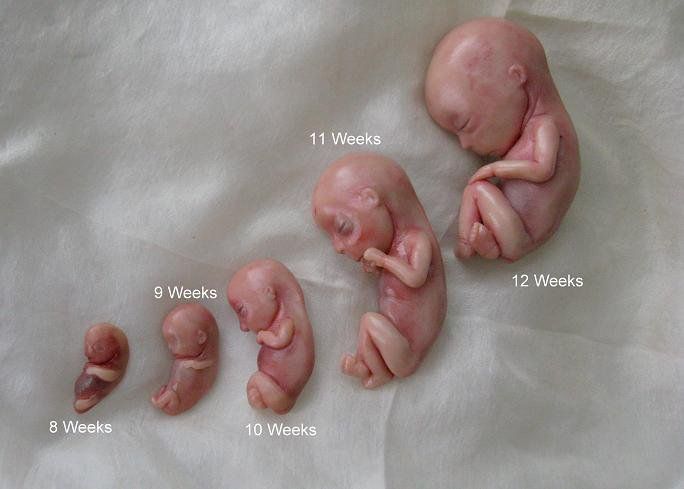 President Trump not only displayed his sympathy and unquestionable resolve when it came to President Bashar al-Assad using chemical weapons against his own people this week, but he continues to march forward in his war against burdensome regulations that handicap voters and state legislatures.

His last major strike delivered a crippling blow against the abortion industry. On his way out the door, former President Obama unilaterally signed into law a rule that prevented states from blocking funding for health-care clinics that provide abortions. You could imagine the frustration from GOP governors and state legislatures, not to mention their voters. The left’s attempt to once again circumvent the will of the people by bypassing the legislative process did not go unnoticed by Republicans in Washington.

I owe President Trump and the GOP establishment an apology. I didn’t believe that then-candidate Trump would stay true to his word on the issue of life given his vacillation over the years. Additionally, I certainly didn’t appreciate the president and Speaker Ryan scapegoating the House Freedom Caucus when it came to the abysmal health-care bill that would’ve only temporarily prevented the federal funding of abortion. However, it’s undeniable that the president has had a real-life conversion on abortion policy. The evidence lies in the fact that Senate Republicans, including ailing Sen. Johnny Isakson, and aided by Vice President Mike Pence, empowered states to once again defund health-care clinics that perform abortions.

Republicans tend to win and lose their battles at the ballot box. The left couldn’t care less about the ballot box because they believe government should be controlling your lives anyway. With the advent of DNA analysis and sonograms that allow pregnant moms to see their babies alive and developing in their tummies, pro-choice Democrats are losing ground in the culture war. However, as long as the federal government is willing to fund abortion clinics like Planned Parenthood, the left can argue that killing an unborn child is legal and, dare I say it, moral.

Abortion is inherently racist. Many of you already know that Margaret Sanger, founder of Planned Parenthood and creator of the Negro Project (a program designed to sterilize unknowing black women), hoped to rid the earth of those she deemed “undesirables.” It’s no wonder that 78 percent of Planned Parenthood clinics are in the ‘hood, according to Black Genocide.org. Sadly, blacks make up nearly 13 percent of the U.S. population, but account for 35 percent of abortions in America. To this day, half of black babies aren’t even born, due to abortion.

Women today that unrepentantly celebrate the death of babies are no different than Margaret Sanger. They’re playing God with a life that isn’t their own. The only difference between a baby outside the womb as opposed to one inside the womb can be summed up in an acronym, SLED:

I’m often amused when abortionists and pro-choice advocates understand calves are cows, kittens are cats, cubs are lions, puppies are dogs, yet they fail to realize that babies are human. This is simply moral relativism and denial of the highest order, not science.

Thanks to the Congressional Review Act, which allows the current Congress to undo bad policy of the old Congress for the first few months of their tenure, the GOP have grown a spine, in some instances at least, to match that of President Trump’s. Vice President Pence cast the deciding vote to break the 50-50 tie in the Senate that will ultimately allow states to once again decide what clinics are better serving women and families in their communities.

Thanks to President Trump and the GOP, now more women and babies can get the health care they truly deserve. Take that, liberals!