The Carl Jackson Show and Blog
Home The Blog Life DADS ARE LIKE BACON, THEY MAKE EVERYTHING BETTER 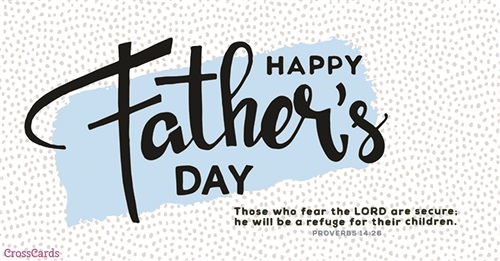 Growing up, I didn’t have a so-called “great dad” by any stretch of the imagination. Frankly, we weren’t even that close – we’re much closer today. But, I did have a dad that was present and modeled what it meant to work hard and provide for his family. I understand this isn’t an easy subject for children that grew up in fatherless homes or homes where the dad was abusive, but your bad experience doesn’t nullify the impact that a dad can have on other kids. As an enlightened society we shouldn’t engage in arguments to determine whether dads are vital in the home or not. They are. Instead, we should encourage and train young men who grow up in fatherless homes to become the dads they wish they had. Organizations like Focus on the Family and Family Life are helping to do just that.

Which one of us who celebrated Father’s Day yesterday couldn’t share at least one story about how our dad impacted our life in a major way? Face it, they make life better! Men by nature, are more adventurous than women. Who else is going to yell at the referee at your sporting event, or embarrass you with his loud cheer when the rest of the gym is silent? Who’ll teach you to speak to your mom with the reverence and respect she deserves? Who’ll buy your dream toy for Christmas and play with it just as much as you do? Who’s going to teach you how to fish, ride your bike or change your car’s tire and oil for the first time? Ladies, who else is going to size up your boyfriend and give you insight into a man’s psyche like no one else can before you dive into marriage? Who’ll kill the spider in your closet or grab the Raid before that fist-sized cockroach scampers out of sight, leaving you sleepless nights? Dad will.

If liberals really understood how vital dads are to children, they’d apologize for the seemingly ever-shrinking selection of Father’s Day cards at your local grocery store. Personally, I blame Democratic President Lyndon B. Johnson’s “War on Poverty” for that. LBJ made it easier for women to choose Uncle Sam to raise their children rather than the biological father. As a result, one out of every three children are growing up in a home without their biological dad.

In her column entitled “The Importance of Dads in an increasingly Fatherless America,” Virginia Allen of the Heritage Foundation outlined how children raised without a father are:

With all the junk children have to put up with in today’s culture, they need their dads around. Don’t get me wrong, moms are important too, but a mom can never replace a dad and we should stop pretending otherwise.