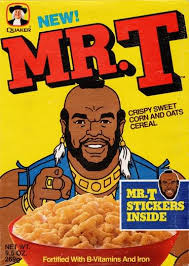 “Age ain’t nothing but a number.” Yeah right! I’m 38 years old. Recently, gray hairs began growing in my beard. It’s as if they appeared out of nowhere! The very sight of them spiraled me into depression for the next 48 hours. I dread the thought of growing old, or at least I did, until my daughter’s friend called me “Carl.”

I’m “old school.” Old school in today’s vernacular is code for common sense. As a child, my parents taught me to treat my elders with respect, help the old lady crossing the street. My siblings and I were taught to say yes sir, no sir, yes ma’am and no ma’am when we addressed adults, and it was strictly enforced. I hated it, because we were the only family I knew who did it! However, even at a young age, I knew it was all about respect. It’s easy to get caught up in the political season, and understandably so, but more than ever, culture is shaping policy, and we dare not miss the boat.

You may be asking “Carl, what inspired this sudden shift in your perspective on aging?” As I mentioned earlier, my daughter’s friend called me Carl. That may sound trivial to you, and perhaps it wouldn’t have bothered me as much were it anyone else, but allow me to elaborate.

Last week my daughter graduated from high school. The ceremony was held at my church. The commencement speaker was great, and everything was hunky-dory. Afterward, everyone headed to the large atrium for cake, punch and fellowship. Since it’s a small Christian school with only 40 senior graduates, round tables were set up so that each senior could display a poster board of photos of his or her life growing up, on and off campus. It’s really touching. As I was standing in front of my daughter’s table, a close friend of hers, dressed like a straight up hoochie mama, blurted out, “Hey, Carl!” This young lady has barely uttered any words to me before … yeah, she’s one of those types. But that night she felt emboldened to call me Carl. Why?

None of my other daughter’s friends called me Carl before. I never insisted on being called Mr. Jackson; they just did it. In the past, I was tempted to stop them in their tracks and say “No, no, no. Call me Carl. Mr. Jackson is my father.” After all, I hear that sort of accommodation all the time from adults to younger generations, and it sounds so humbling and cool. But, instinctively, it never felt right to me. What set off these alarm bells in my head? Why should it matter whether or not a kid just 20 years my junior refers to me by my first name? Am I just uptight? I don’t think so. Therefore, I’ve come up with three reasons adults should demand respect from the next generation:

1) Kids should know that adults, parents or otherwise, aren’t their peers.

2) Younger generations should understand that in most cases, wisdom comes with age. Thus, their elders should be treated with respect and reverence. “Know-it-alls” are on the rise, because we dismiss the knowledge and wisdom that comes from gray-haired people.

3) Lastly, treating adults with respect maintains a healthy level of compassion for the elderly in our society as they grow old.

The Bible instructs us to take care of the widow and the orphan. I’ve seen the church and secular charities alike step up increasingly to aid the orphan – even the children of single parents. However, oftentimes the widow or the elderly falls between the cracks. Just look around you. In the next week or two, observe how many little snot-nosed brats speak to their parents with disdain. Do you really believe those kids are going to be overly concerned about the long-term care of their parents when they’re elderly? Or, do you believe, as I do, that they’ll ship them off to a nursing home the first chance they get? Dismissing the honor of adulthood in society will lead to a lack of compassion for those older and wiser than us.

You can barely offer credible advice to a young adult today without him looking at you like you’re crazy. Try and offer some sensible dating advice to a young man or woman, and just watch how you’re dismissed as “old fashioned.”

The bottom line: Cultivating humility and a healthy respect for older generations isn’t a bad thing. Father Time is kind to no one. So, teach your kids to be kind to the elderly, and when you’re old and gray, you won’t regret it.