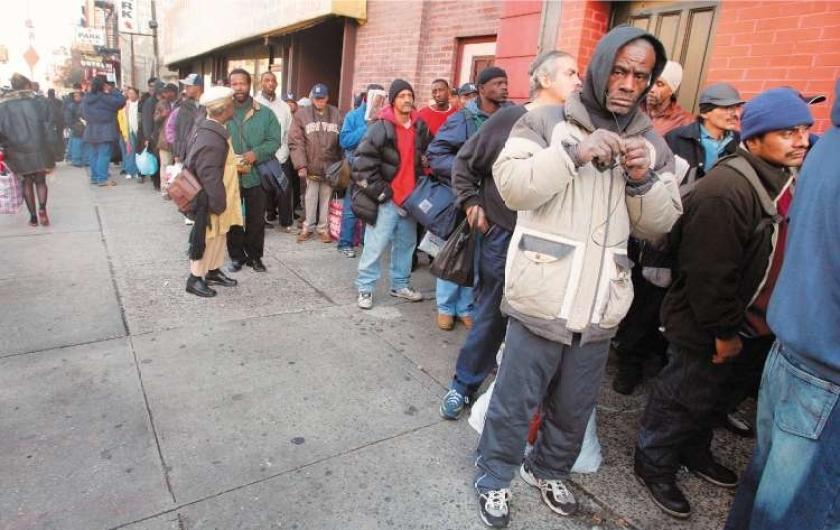 Employed people typically don’t become criminals. Law-abiding Americans have approximately 16 months before President Obama vacates the White House. Until then, just like Trayvon Martin in 2012 and Michael Brown in 2014, Democrats will exploit the criminal element in the Black Lives Matter movement to keep the presidency in 2017.

Once they’re done with blacks, they will abandon them to their jobless communities until their votes are needed again in 2018. Fortunately for conservatives, somewhere between the falsely reported U3 and U6 unemployment numbers, lies an opportunity to reclaim black voters.

Avoiding the chronic unemployment rates in black and minority communities across America could be a detriment to the GOP in 2016, as it allows Democrat candidates, such as Hillary Clinton and Bernie Sanders, to perpetually blame the rich, white racists in the GOP and big corporations for their economic plight. The GOP should take this fight to the left, focusing on its wealth redistribution policies – which disproportionately steal money from middle-class workers to give welfare to the poor and lazy. Since most rich people outside of the NFL, NBA and MLB no longer “earn” incomes per se, Obama’s and Hillary’s homies typically escape their wrath.

If a Republican wins the White House in 2016, you can be sure left-wing media will report the real unemployment number – the U6 unemployment rate. Meanwhile, Maliek, Tyrone and Rayshawn are left believing the economy was better under a Democrat president, despite being unemployed, all because the GOP didn’t bother to speak up. Consequently, they now have free time to protest and riot with Black Lives Matter, or end up as a star on A&E’s “The First 48.”

According to the latest numbers of Obama’s Bureau of Labor Statistics, the current unemployment rate stands at 5.1 percent. Normally, this would be great news!

However, since our president receives little to no scrutiny from several major media outlets because he’s black and Democrat, Americans aren’t being told the truth about the job crisis we’re in. More than 94 million workers 16 years of age and older are out of the workforce entirely. This easily puts the real unemployment number over 10 percent for whites. The unemployment rate among Latinos and blacks is even higher. Maybe blacks have the propensity to protest and riot because, well, they have the time to.

One way for the GOP to stand up to Black Lives Matter is to create an environment where jobs matter again. The left needs high unemployment rates to maintain their dependent constituency. Americans instinctively know this. That’s why Trumps slogan, “Making America Great Again,” is resonating so strongly.

As conservatives, however, we understand that making America great means making individuals great by inspiring them to be all God created them to be. Frankly, I’d love to hear a slogan aimed at blacks that says, “More jobs, less rioting,” but I suppose that wouldn’t be politically correct.