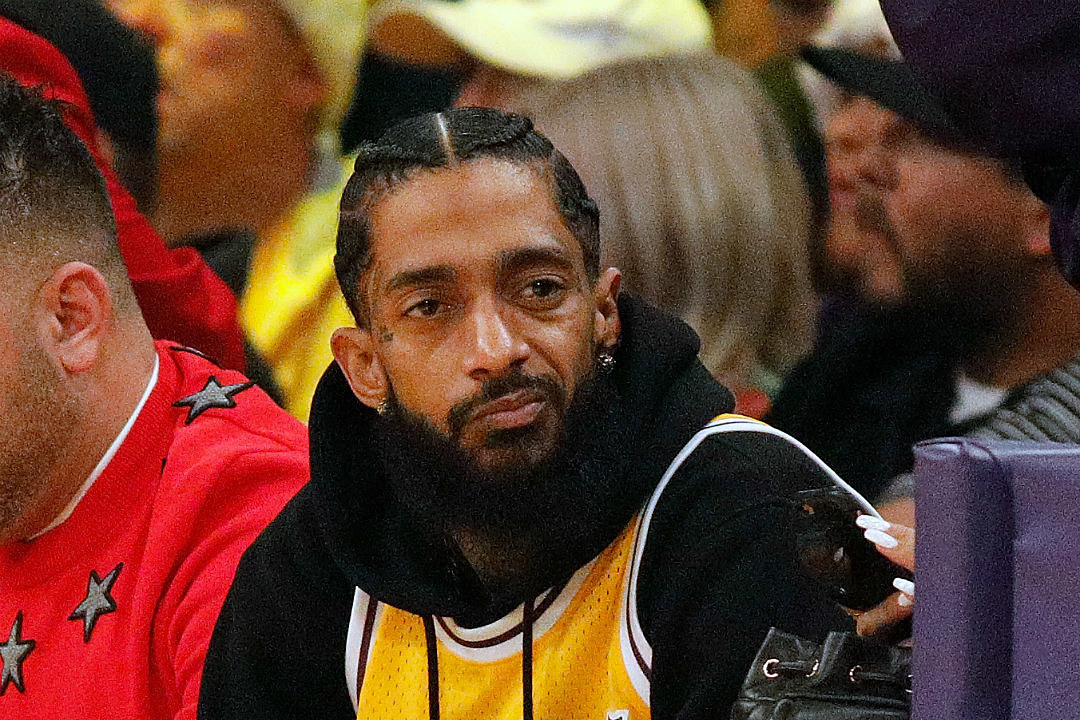 The wrong guy is dead! I wish Nipsey Hussle had been armed. Had he been able to protect himself as a legal concealed weapons carrier, he might be alive today. Instead, his children will have to grow up without their father. I’m so tired of seeing “good guys” become victims of “bad guys” with guns in anti-Second Amendment states like California.  God only knows if California will see a spike in violent crimes after their reckless new governor, Gavin Newsom, halted the state’s death penalty.

Stories like Hussle’s are typically foreign to the conservative movement, but they shouldn’t be. Our policies work for the Nipsey Hussle’s of the world too.

Hussle was finally laid to rest Thursday after a spectacular star studded send off at Los Angeles’ Staples Center. 21,000 fans gobbled up free tickets within minutes to attend the memorial of their Crenshaw hero.

It’s been nearly two weeks since TMZ first reported that Nipsey Hussle, whose real name was Ermias Asghedom, was shot to death in front of his own clothing store called, “The Marathon Clothing,” located in Los Angeles’ Hyde Park neighborhood. Twenty-nine-year-old Eric Holder, the alleged shooter, was captured by cops 2 days later. Ironically, Hussle, a former member of the “Rollin’ 60s Crips” street gang, was scheduled to meet with LAPD Police Commissioner Steve Soboroff and members of Jay-Z’s Roc Nation the very next day to discuss efforts to end gang violence in his community. I’m saddened he never got that opportunity. I’m convinced he would’ve made a difference.

I wasn’t a fan of Nipsey Hussle’s music. However, I was captivated by the reporting of his untimely death because his story is all too familiar in urban America. Not to mention, he sounded like a genuinely good guy that had turned his life around. Unfortunately, the dirty little secret about Los Angeles is that what happened to Hussle isn’t uncommon. According to a LA Times column titled “Crime is down in Los Angeles for the first time in five years,” South L.A., Hussle’s territory, had seen a spike in shootings, despite decades of steady decline in violent crime in other parts of the city. In 2018, homicides in L.A. stood at 256. That’s a 9% decline from 2017.

Sadly, most victims aren’t famous enough to garner national headlines. Thanks to media, when outsiders think of California, they typically envision the glitz and glamour of Hollywood. Tabloid stories of entertainers may canvas websites and magazines, but Hollywood, despite its cultural influence, isn’t normal for anyone, including regular Californians.

The truth is, many of Hollywood’s most famed talents talk a good game when it comes to left-wing pet peeves such as “ending gun violence” and “diversity,” but most of them can’t find a freeway on-ramp fast enough to zoom by the ‘hood. From everything I’ve read, Hussle dedicated his time and resources to revamping the streets he once terrorized. That’s what sets him apart from the rest.

I left Los Angeles over twenty years ago fearing I’d see the same fate as Hussle if I didn’t. We don’t share the same politics. But as someone who grew up around “gang culture” in Los Angeles, I respect what he was attempting to do to make the Crenshaw district a better and safer place. By all accounts, Hussle had left the gang lifestyle behind. Sadly, it followed him despite his efforts to reconcile Bloods and Crips and empower his community with hope. Nipsey Hussle was more than a rapper. He was a loving dad, an inspiration to many and a savvy entrepreneur that worked hard to improve his status in life, as well as those around him. He even worked with some of America’s largest tech companies to make his clothing store a “smart” store. He wanted to see more blacks versed in technology so we could compete in the future job market.

I don’t believe Nipsey Hussle was an angel. Obviously, he’d made some enemies over the years. The sad truth about gang life is even though you leave the lifestyle behind, it doesn’t mean others have forgotten your past. I don’t know what beef Eric Holder had with Hussle. There’s been some reporting that the two had a back and forth dispute before Holder retrieved a gun and shot Hussle. Supposedly, he felt disrespected after the rapper questioned whether or not he was a snitch.

If this is true, it’s illustrative of Holder’s gang mentality. People in gangs are willing to die for the color of a crayon. Imagine the impact words have. If you’ve never been around gang culture, it’s hard to wrap your mind around. I’m sure many of you are asking the question “why would anyone join a gang?” There are several reasons why that may not make sense to the outside world. But when you grow up in the ‘hood, and you don’t have the ideal family situation at home, although some kids do, kids often join gangs out of a sense of belonging, purpose, power, money, some are bullied into joining and believe it or not, structure.

Most ex-gang members move away from their old territories for a “do-over” in life. Nipsey Hussle stuck around because he felt an obligation to make his community a safer place – a thriving place. In a figurative sense, he made it out. He just refused to leave the ones he loved behind. Much respect.