The Carl Jackson Show and Blog
Home The Blog Current Events Orlando Weak: The city that still doesn’t get it! 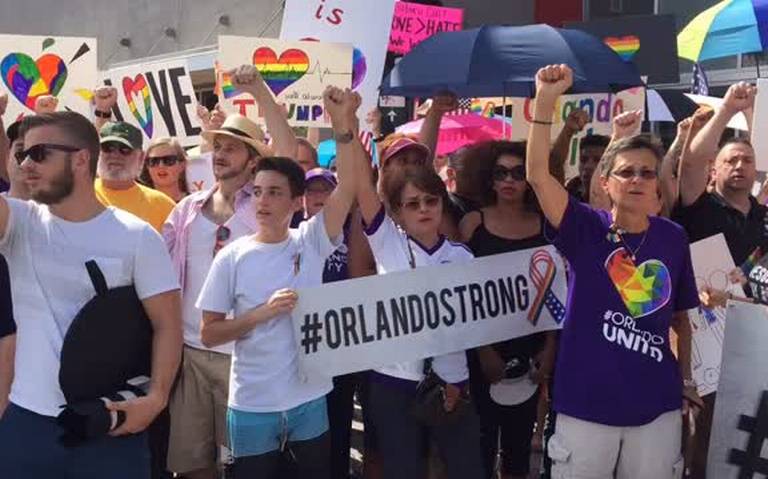 Orlando, “The City Beautiful,” is just as vulnerable to a terrorist attack today as we were one month ago.

“ISIS terrorist Omar Mateen killed American citizens who happened to be gay.” That’s the narrative that should’ve been plastered across nationwide headlines last month. I thought we’d come together against Islamic terrorism here in Orlando. Instead, our leaders, albeit subtly, attempted to shame any and everyone who loved guns and disagreed with gay marriage, while simultaneously calling for unity. Crazy!

You would never know that we’d experienced one of America’s worst terrorist attacks just over a month ago based on the media coverage and our local leadership. Instead anti-gun protests and pro-gay rallies have all but nullified talks of terrorism. To their credit, Orlando Police Chief John Mina (who testified in Washington this week before the Homeland Security subcommittee in hopes of securing anti-terrorism funding) and the Orlando Police Department (OPD) seem to be the only ones that understand not just the magnitude of the attack that took place at the Pulse nightclub, but the terrifying possibilities of future threats, since Orlando is home to Disney World and many other “soft targets.” We’re America’s premiere tourist destination. One can only imagine how much of a target we’ve become for Islamists.

Earlier this week, protesters stood outside Florida U.S. Sen. Marco Rubio’s office, demanding new gun control legislation. They originally planned to stay for 49 hours to commemorate each of the victims murdered by ISIS sympathizer Omar Mateen at the Pulse nightclub. Their plans were quickly thwarted when the owner of the building had 10 of them arrested for trespassing on his private property after business hours. The remaining protesters vowed to find another way to achieve their goal of gun-control reform as they faded into the sunset like a distant memory. They just don’t get it! I suppose if we were in Nice, France, witnessing the carnage that took place there Thursday night at the hands of another Islamic terrorist, they’d be anti-diesel truck.

Unfortunately, Orlando’s leaders are culpable for this nonsense. Our liberal Republican Orange County mayor, Teresa Jacobs, was amongst the first to ask that we rally around the gay community rather than against radical Islam, displaying her acute inability to understand cause and effect. Orlando’s leaders have been great raising money for the victims and their families to help pay for medical bills and funerals. Additionally, the initial outpouring of support from the community to help those directly affected by the massacre was great to see. But, that’s where the accolades cease. You might be asking, “Carl, what else is there?” How about a recognition that the threat of homegrown radicalized Muslim terrorists is real!

For the life of me I can’t understand why leftists are hellbent on dismissing people who are determined to destroy their way of life. As a result, the worst massacre of its kind in modern American history has become little more than a couple of clever memorable hashtags: #OrlandoStrong and #OrlandoUnited. Unfortunately, in either case, nothing could be further from the truth.

If an ISIS wannabe murders 49 heterosexual people inside a nightclub, should he be accused of heterophobia? Does a gun get to choose its owner? These are the silly questions that have to be answered. I live just minutes away from the now-infamous Pulse nightclub. No one is safe! No place is safe! In fact, I’d argue racial profiling is good for your health. If you see a suspicious Middle Eastern Muslim, say something. Shhh! Don’t tell Black Lives Matter I said that. I don’t want to be put on the terrorist watch list like the deceased Liberal Liar Ted Kennedy and lose my right to carry a gun.

In all seriousness, as a Christian I’m called to grieve with those who grieve and mourn with those who mourn. I’m saddened that fellow Americans lost their lives, and we’re still not taking those responsible for it seriously. There’s no doubt in my mind, we’ll get the chance to take them seriously again.