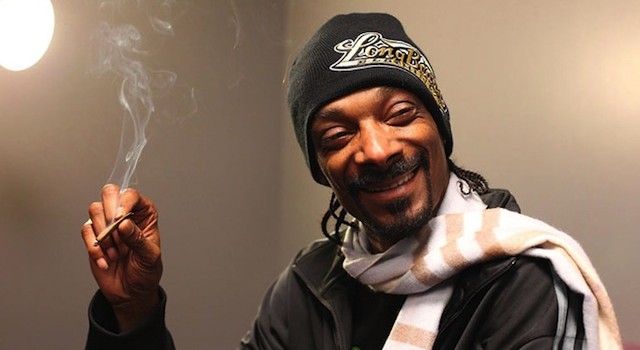 I like Snoop Dogg – but his latest Instagram rant announcing why he’ll boycott the remake of Alex Haley’s 1977 miniseries “Roots” makes it apparent that he’s still “rollin’ down the street smoking indo, sipping on gin and juice,” and it’s affecting his brain cells.

For an instant, I thought Snoop and I were on the same page. That is, until he said blacks today are taking the “same abuse” as slaves hundreds of years ago. No, I’m serious. The multi-millionaire rap mogul said of the History Channel’s upcoming remake of “Roots,” “They just want to keep on showing the abuse we took hundreds and hundreds of years ago.” He went on to say blacks are taking the “same abuse” today. Just for the record, celebritynetworths.org estimates that Snoop Dogg is worth an estimated $135,000,000. Not too shabby for an abused slave who has been wealthy for more than half of his life.

On one hand, Snoop was right to criticize the miniseries, but for the wrong reason. Ask yourself: Why do filmmakers and television producers continue to resurrect painful memories about slavery, particularly in election years, knowing race relations have been on life support since President Obama entered the White House? Personally, I believe it’s a concerted effort to get blacks hot and bothered before the November elections.

Snoop deviated from reality, however, when he claimed blacks suffer the “same abuse” today. I’m not a fan of the Democratic Party, but I haven’t heard of them whipping my people and forcing us to pick cotton since the Emancipation Proclamation was signed into law by Republican President Abraham Lincoln. Have you? If I were to guess what motivated the rapper to make such an idiotic statement, I can only imagine that he’s frustrated with the media-crafted narrative that all white cops are out to get blacks. Couple that with the fact that Snoop Dogg has been extremely vocal about what he perceives as an unjust black incarceration rate compared to that of whites and Latinos, and you’ve got a recipe for stupidity. I suppose it’s never occurred to Snoop that maybe, just maybe, blacks commit more acts of crime than other races because there are fewer daddies in the home to spank their behinds when they get out of line.

If Snoop Dogg wants to take action against something that’s abusing blacks, perhaps he ought to consider leading a nationwide boycott on visits to Chicago, Illinois. The murder rate in Chicago hasn’t been so bad in over two decades, and it’s blacks that are disproportionately affected. Why doesn’t Snoop talk about this? Because it’s overwhelmingly black-on-black crime! And, if we’re being honest, we have to ask how much his style of music has contributed to soaring crime rates all across America that adversely affect minorities.

During Memorial Day weekend alone, 12 people were murdered in Chicago, and at least 43 were injured in shootings. Who should be blamed for this? Cops? Whites? Republicans? America is great because the Constitution made room for national repentance through an amendment process. Snoop Dogg may be inspiring the choir – Black Lives Matter comes to mind – when he speaks up about racial injustice, but black racism fatigue is real. More and more non-black Americans are growing tired of being compared to racist slave owners.

Ironically, this partially explains the rise of Donald Trump. Conservatives are tired of being picked on and blamed for America’s problems by delusional left-wingers like Snoop Dogg. His comments will do nothing to help the black community – just like his music.