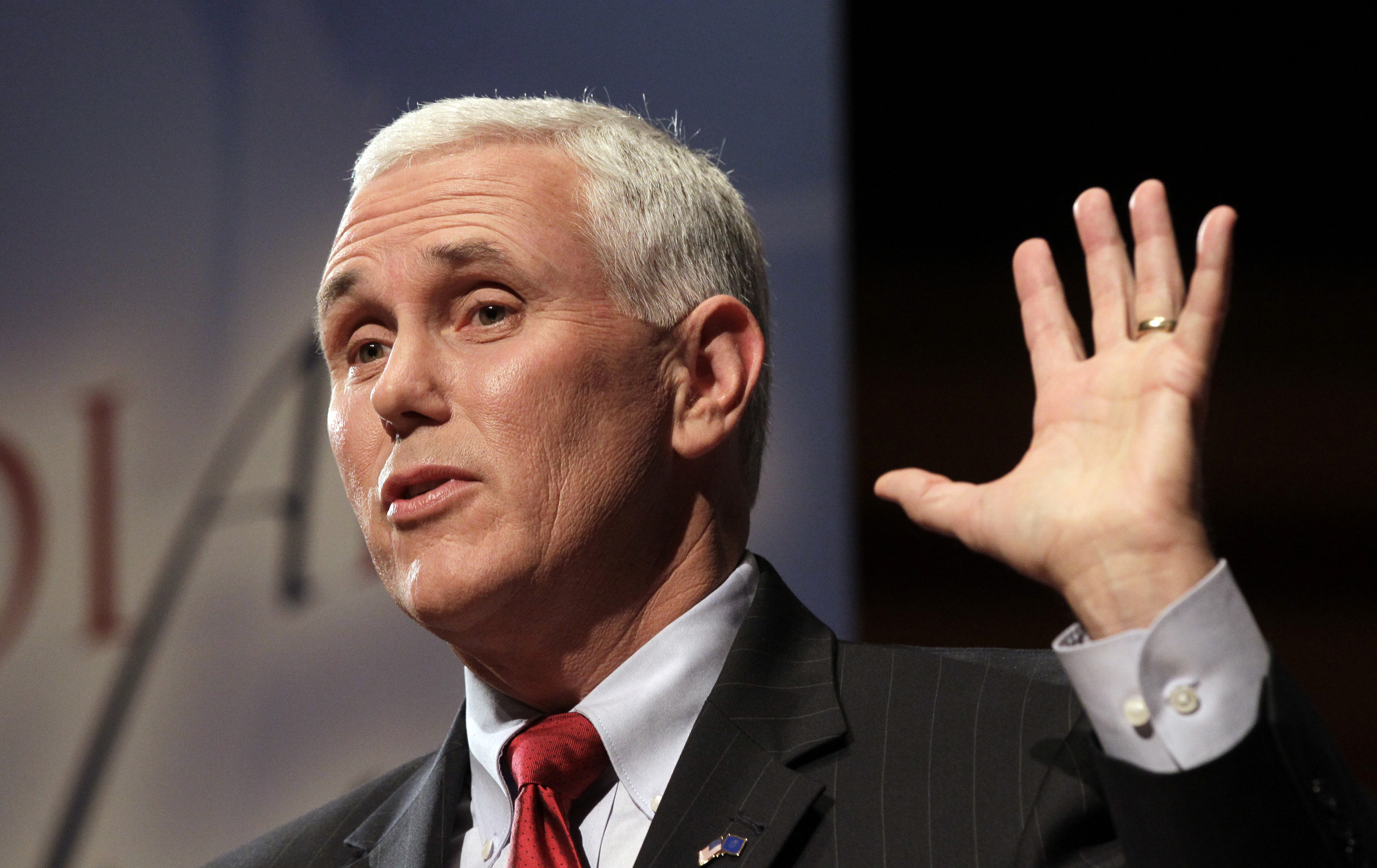 Governor Mike Pence and the people of Indiana deserve accolades for deciding to put “people above politics.” A blow against intolerance and discrimination from anyone makes America a better place for everyone! The left’s bigotry against people of faith is unacceptable! It’s about time that those of us on the right align with Democrat Sen. (then Rep) Chuck Schumer, deceased Sen. Ted Kennedy, former President Bill Clinton and nineteen other states to stop it!

The hoopla created by the left over RFRA (Religious Freedom Restoration Act) is so over the top I thought they may have mistook the word “Indiana” for “Iran” or “ISIS,” seeing as though those “I” words and Obama’s inability to deal with them convincingly should’ve inspired genuine outrage from his party. Leftist and Democrats have always been the “party of hate.” So why should we expect anything different than intolerance towards those of us who believe in freedom of choice, freedom of conscience, freedom of expression,  freedom of speech and freedom of religion? With the exception of the 1993 RFRA law, the left is merely being consistent!

Democrats are the party of slavery, the Ku Klux Klan, anti-civil rights for minorities and Planned Parenthood founder and eugenicist Margaret Sanger – who desired to wipe blacks and minorities from the face of the earth under the guise of “women’s rights.” Currently, the left supports our president who is desperate to negotiate nuclear ambitions with the Mullahs of Iran. Who happen, by the way, to despise gays, lesbians, women and other groups of faith to death. Were it not for hate, democrats are void of a party platform and ideals. That’s why they’re recycling Hillary Clinton. They had to reach back more than a quarter century in hopes of “new” ideas. Hillary is a bad candidate for 2016 and liberals know it. Absent of ideas, the only chance they stand of maintaining the White House is creating chaos in the hopes that conservatives will stay home and Millenials will come out to vote.

It’s important to understand what the LGBT community really wants. It is in fact “extra rights” not “equal rights.” Think about it. As men and women, heterosexuals and homosexuals have the same rights under God and our constitution. What they’d like are additional provisions based upon who they decide to sleep with. The only ones standing in their way of feeling “accepted” by society as a whole are people of genuine faith. Therefore, Christians must be vilified and demonized in order for them to “feel” not only accepted, but “morally accepted.” In their minds, civil rights trump religious rights, because religion hinders them from feeling moral. They’re willing to accept God on their terms. This is why the left can get away with trumpeting their faith without living it out.

What left-wing media wants is to feel significant. That’s why they don’t report the news, they make it. By framing any opposition of their own bigotry and intolerance against those who disagree with them as “anti-gay” they’ve been able to invoke sympathy in the hearts and minds of American citizens who frankly, aren’t capable of critical thinking and are ignorant of the law itself. A law which ironically originated with Democrats.

In order for gays and lesbians to feel good about their immoral behavior in the face of a holy God, they must undermine Christianity, the constitution and common sense. By using protest, leftists have effectively silenced many of us who believe in God and the rule of law. Its submission by coercion. When President Obama said he wanted to fundamentally transform America some of us took him seriously. Leftists certainly did, as they march to his orders even at the expense of their own freedoms. How better to put the constitution on defense than by questioning its moral underpinnings and many of the so called “Christians” that founded this nation?

If you’ve read RFRA you understand all it does is protect the first freedoms of American citizens from unnecessary and unreasonable government coercion. The fact that Mike Pence could not communicate this simple truth lets me know that conservatives like myself dodged a bullet, as his name was being bantered about as a possible presidential candidate for 2016. The left has made that all but impossible for him. That’s a good thing!

Republicans cannot afford to have anyone incapable of persuasively communicating our principles in a soundbite-social media age. Unfortunately for the left, but fortunate for us on the right, they’ve insured that only the best communicators of the GOP will rise to the top of the field during this election season. I’d put a great communicator against Hillary’s screeching or Elizabeth Warren’s hate mongering any day of the week.