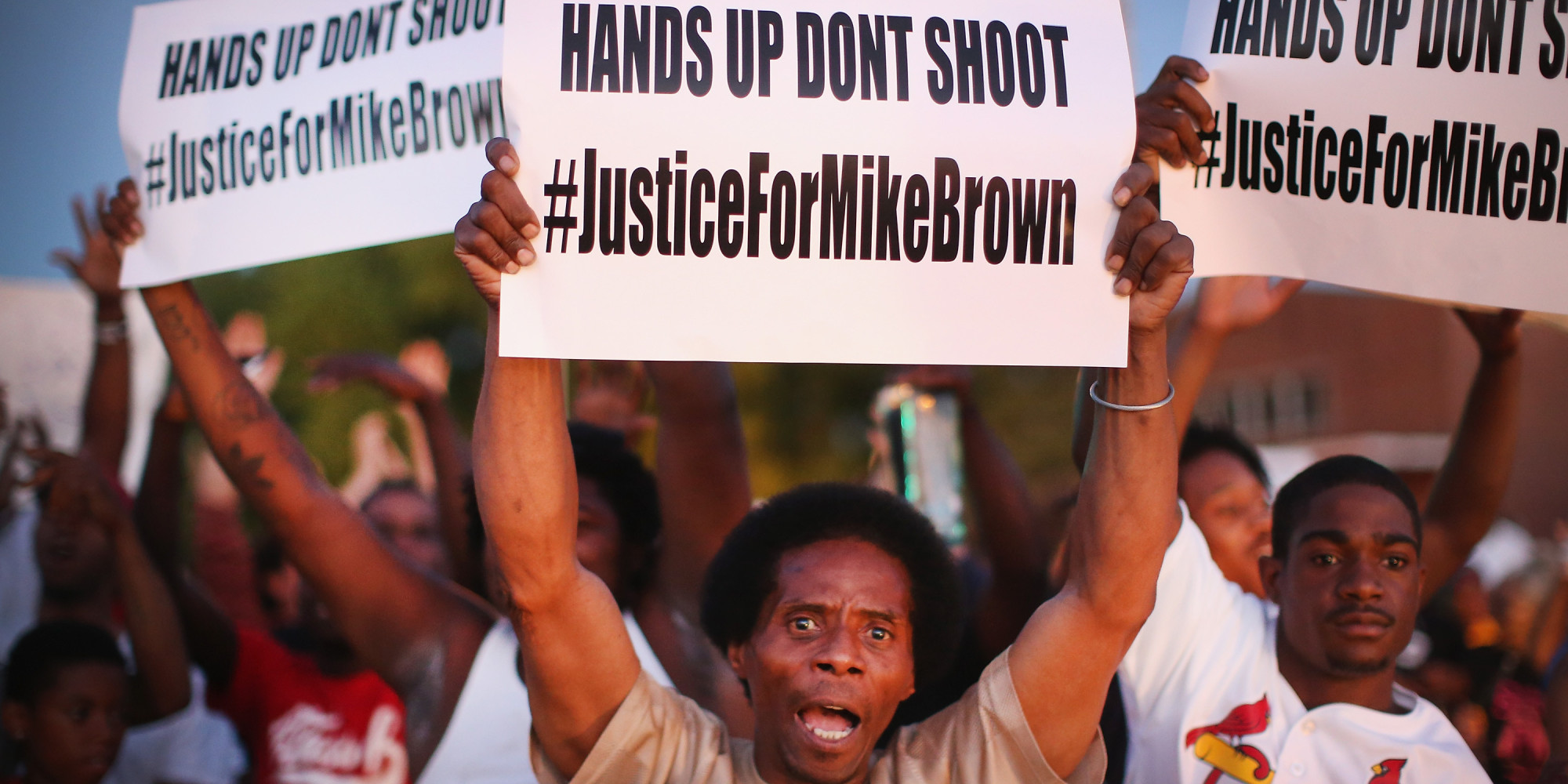 If America wants to move beyond racism we must first move past the Democrat party. The black community is virtually void of “American pride” because we don’t know our American history and we don’t trust our God.

Can you imagine a Mount Rushmore erected with the faces of black heroes of the past? Harriet Tubman, Frederick Douglass , George Washington Carver, Jackie Robinson, Rosa Parks, Martin Luther King Jr. and Hiram Rhodes Revels (the first black ever elected to congress during Reconstruction) are just a few that come to mind. Now picture the faces of Michael Brown and Trayvon Martin (hoodie included) memorialized into that same mountain top alongside any of the two above mentioned heroes. You can’t can you?

As America awaits for the Clayton, Missouri grand jury to decide whether or not criminal charges will be brought against officer Darren Wilson, I contend we should’ve never gotten to this point. As heart wrenching as it is to witness any youth die too soon, Michael Brown’s story should have never made it past the local news. In fact, if officer Darren Wilson were either a black officer or a black thug it wouldn’t have! Liberals avoid nationalizing stories of blacks killing blacks because it doesn’t fit their “America is a racist country” narrative. I can’t help but to imagine how minority lives would be drastically changed for the better, and even spared, if  media cameras were often turned away from white police officers and towards young black thugs. Perhaps, it would begin a wave of introspection in the ‘hood like never before.

It’s no coincidence that the flames of racial tension were set ablaze during the 2012 presidential campaign after the death of Trayvon Martin, and yet again for Michael Brown who was killed on the eve of this year’s midterms. Liberals, whether in the media or government,  “never let a good crisis go to waste.” Unfortunately, it’s the families and communities of the victims that are left behind that pay the price of the Left’s irresponsible race baiting long after the media has left the scene, and democrats have driven another phony racist narrative in order to keep black voters mad and others divided. Apparently, it’s acceptable to hold police officers in places like Ferguson, Missouri accountable for the death of a black teen as long as the officer is white, but God forbid blacks are held accountable for all of the deaths that result from black-on-black crime in every major city around the country annually.

This double standard has done more damage than good to the black community. Far too many blacks are incapable of distinguishing real black heroes from convenient black heroes. By today’s standards the names I began this article with would probably be considered “sellouts,” especially since all but one were Republicans. Yet these are the heroes most likely to inspire most of America’s black youth still today. For whatever reason, the black community has but a handful of real heroes. As a result, we pay tribute to many people who don’t deserve our praise or affirmation.

It’s not a noteworthy accomplishment to die due to one’s own bad choices. There’s nothing heroic about thugs and crime. Americans use to keep them in their rightful place, jail. Now we can find them plastered on our kids bedroom walls. Once upon a time morality and societal pressure brought about repentance (a change of heart and behavior) in some criminal minded individuals. Unfortunately, unwarranted and violent protest like that of Ferguson, Missouri do nothing but enable and train our black youths to disregard the rule of law rather than respect it. Michael Brown and Trayvon Martin weren’t killed because they were black. They were killed because they made bad choices.

Nothing halts economic prosperity and cultural evolution of a race like the belief that dreams and justice are unattainable simply because of one’s skin color. Frankly, despite pockets of undeniable racism, we haven’t lived in that America for nearly one hundred and fifty years (perhaps 40 years in parts of the south). Blacks that pretend otherwise are complicit in the demise of their own people.

Show me a young black male that has a good dad or a strong male role model, and who can read, write, speak well and has good work ethic and I’ll show you someone who will succeed in life. Show me a black male who speaks as though English is his second language, knows the latest top ten hits on the FM dial, every reality show star on MTV, BET or ETV, and wears his pants under his butt and I’ll show you a young black angry male with little chance of success unless he makes it in the NBA, NFL, or as a hip hop star.

When I’m in the hood, I’m not concerned when I spot a police officer, I’m relieved. Law abiding citizens typically don’t have to worry about cops. Truth be known, black ladies clutch their purses in the hood too, and black men watch their backs. If there were more black heroes walking the streets of Ferguson perhaps the protestors would be more concerned with extending their hands for a handshake, rather than raising their hands to cops in surrender.