The Carl Jackson Show and Blog
Home The Blog CAN BLACKS BE RACIST? 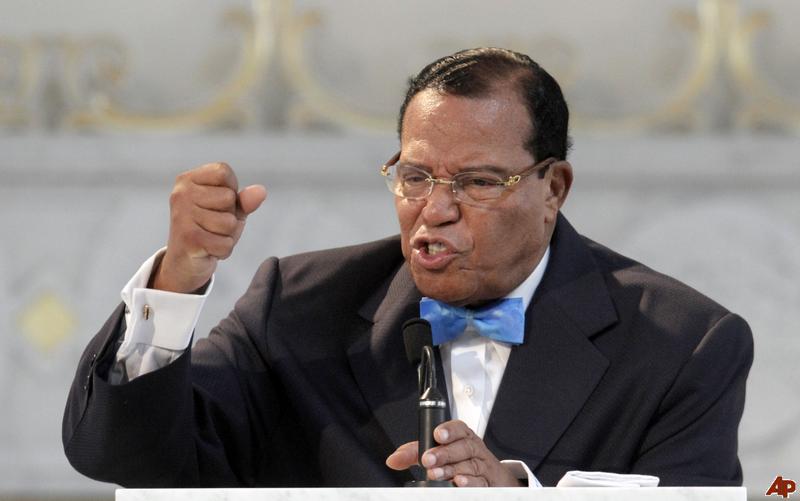 What if it’s not injustice that has led so many blacks across America to feel disenfranchised? What if it’s judgment?

Last week on two separate occasions guest on Sean Hannity’s radio program reiterated Jesse Jackson’s decades old mantra that “blacks can’t be racist because we have no institutional power.” This may be a clandestine way to excuse blacks for destroying cities like Ferguson, MO in the name of justice for Michael Brown, but it’s hardly worth addressing seriously.

Unknown to many is the fact that blacks hold more government jobs by percentage than any other ethnicity. In an article entitled “Government Job Cuts Threaten the Black Middle Class” on npr.org, “Blacks are thirty percent more likely than non-blacks to work in the public sector, according to the University of California, Berkeley’s Center for Labor Research and Education. And “roughly 21 percent of black workers are public employees compared with 16.3 percent of non-blacks.” In other words, blacks are the institution!

We would be better off if blacks were more concerned about the injustices that occur within our own communities than looking at external factors. Government dependency has contributed to broken homes, multiple baby-daddy’s, black-on-black crime, jobless men and most importantly an abandonment of biblical values in black communities. Yet these issues are continuously ignored or excused within the community. Whitey makes for a great scapegoat but they’re not to blame for our problems today. Blacks can be racist just like anyone else if and when we allow unforgiveness to take root in our hearts. So where did this ridiculous notion that blacks can’t be racist come from?

The tipping point seems to have been when blacks decidedly chose the policies of LBJ’s War on Poverty over God’s divine plan of family. The floodgates to despotism and desperation at the expense of destiny were opened wide. Racism is a condition of the heart! Only a just and fair God can rightly examine the individual heart- not phony civil rights activists. Imagine a Black Panther standing before God on judgment day asking for his hatred towards whites and Jews to be forgiven based solely on the argument he had “no institutional power.” It’s ridiculous isn’t it? Each man will give an account to God for his own life. We mustn’t allow America’s race-baiters to control this argument!

Black female rapper Azealia Banks was quoted in an interview with Playboy magazine saying “I hate everything about this country. Like, I hate fat white Americans. All the people who are crunched into the middle of America, the real fat and meat of America, are these racist conservative white people who live on their farms.” Wouldn’t it have been nice to hear black leftist demand an apology from her? If we’re to love our neighbor, shouldn’t all racially divisive language be unacceptable from anyone of any color?

When a young black female at a Brooklyn McDonald’s was beaten senselessly by at least four other black females recently, it would have been cool to see one of the dozens of black spectators step in to break up the fight. Instead, the onlookers cheered on the beating! The women brawled like men, and the men sat by like helpless women. And we have the audacity to be worried about white policemen!? Where is our humanity towards each other?

What a pleasant surprise it would have been to see a “civil rights leader” demand peace despite the perceived grievances of the black community in Ferguson, Missouri when Attorney General Eric Holder’s report concluded Officer Darren Wilson was justified in shooting Michael Brown. Instead we witnessed a black Ferguson sniper shoot two innocent police officers brought in from another department to help protect the people of the town against a potential second wave of riots. As long as blacks are allowed to hide behind terms like “institutional racism,” they’ll continue to evade any fault or guilt regarding racial issues brought on by themselves, including riots.

My eighth grade science teacher Mr. Royce addressed a mostly black and Mexican student body during an assembly after a large brawl between gang members took place at my school. In his frustration he stated, “we run to fights but walk to class.” That’s stuck with me over the years. In addition, we scream for civil rights, just don’t expect us to act civil! We demand respect just don’t ask us to respect ourselves! We vote, just don’t expect us to hold politicians accountable! We collect welfare checks, just don’t ask us to collect job applications!

Sadly, the gift of freedom given to all Americans by God will continue to allude blacks like utopia does liberals. Blacks don’t have the moral authority to determine whom can or cannot be racist. God does! Perhaps if we begin treating each other better, cops would have less need to police our communities.

Why I Loved Harry and Meghan’s Royal Wedding

The problem with “No Labels” movement