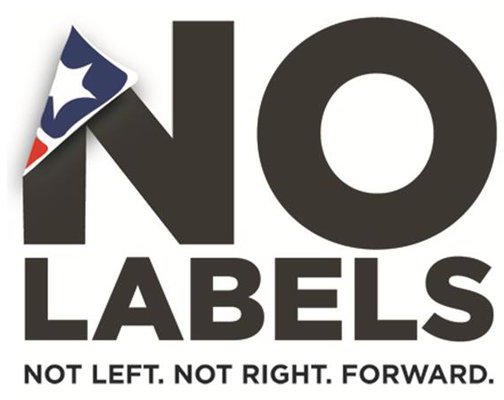 Labels in politics serve several purposes. Labels allow others to identify like-minded people. Labels allow you to define yourself before your opponent beats you to it. Ironically, labels can be freeing rather than confining, allowing you to think out of the box. And, additionally, labels can compel others to embrace your worldview when they associate your lifestyle with what you claim to be – faith being the best example.

I often tell my radio audience that I’m a “Christian, conservative American that happens to be black – in that order.” Those words say a lot about me by summing up my spiritual worldview, political philosophy, national allegiance and ethnicity. Likewise, at the Democratic debate earlier this week, Bernie Sanders labeled himself a “Democratic socialist,” and Hillary Clinton labeled herself a “progressive.” Those words should mean something to us.

The “No Labels” movement believes that political labels have caused too much division in this country, hindering our ability to solve our nation’s problems – there’s some truth to that! However, if words still matter, and they do, then “No Labels” is a label in and of itself, because it identifies an objective, an objective that will be difficult to achieve if no one knows what to call it.

The No Labels campaign has four goals listed on its website for which organizers would like to lobby the federal government. They’re listed as follows:

2) Secure Social Security and Medicare for another 75 years.

After reading through those objectives, I was able to deduce that No Labels are conservative Democrats to moderate Republicans. There, they’re labeled! In politics they’d be officially “defined.”

Recall how I began this column. By labeling themselves No Labels, they’ve been able to identify with like-minded people with common goals. Unfortunately, they come off as a bunch of elitists former consultants and politicians who hold their noses in the air at the rest of us – they have the solutions, we don’t. That’s fine! But, it’s a bit naive to believe that your campaign sets the standard for all things agreeable in politics. Our system was built to be adversarial by replacing the coercion of tyranny with the power of persuasion. Just because you believe your ideas are unifying doesn’t mean others will.

Again, contrary to the populist worldview, labels can be freeing. Let me provide anecdotal evidence from my own life. I’m a dad, husband and a writer. Before my spiritual journey with Jesus Christ began, I was a womanizer, thief, and though I always had a good work ethic and decent mind, I was going nowhere fast. Each one of those labels helped me to become a new person, freeing me from the chains (figuratively speaking) and tumult that consumed my life. Let’s take writing for example. Taking on the label “writer” helped me to begin focusing on a new career and freed me to dream. Furthermore, I’m oddly quirky when it comes to my craft. Without a working title, or “labeling” my columns, I’m paralyzed. With a title, my mind is free to roam. Oddly enough, the boundary of a title helps me to become creative.

Lastly, it’s difficult to persuade anyone to your side of the argument without first identifying your side. I’m a black conservative. Because of my influence, most of my immediate family members are as well. Becoming a Republican was an easy decision for me once I began researching the history of the party. Whenever I’m confronted with why I became a Republican, knowing the party’s history makes it easier to persuade others, or at least get them to understand why I believe what I believe. There’s no need to re-label myself when the GOP screw up, I just go back to the original intent of the party – freedom. When people know why you believe what you believe, it’s easier for them to accept you.

I’m not so certain that D.C. has a “division” problem as much as it has a “distinction” problem due to the lack of clarity. The “outsiders” have brought a sense of clarity back to the GOP brand. It’s why their soaring – and frankly, why “No Labels” is not.