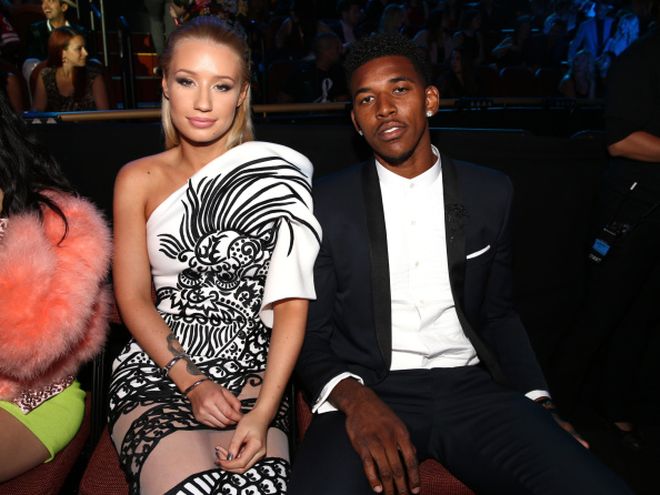 When you’ve grown up in an environment where “snitches get stitches” and “playas” get praise, is it any wonder when chivalry takes a backseat to philandering?

Rapper Iggy Azalea has 99 problems and her fiance, Los Angeles Lakers basketball player Nick Young, happens to be one. However, you wouldn’t know that if you were to listen to sports talk radio or watch ESPN. After Lakers rookie guard D’Angelo Russell filmed and posted a video of his teammate Nick Young bragging about his sexual escapades with other women besides Azalea, you would think that Russell was the chauvinist that deserves our public shaming, rather than Young himself.

This story speaks more to the decadence of American culture as a whole than it does the future relationships between Russell, Young and Azalea. And if you’re questioning whether or not Russell violated any privacy laws, don’t. Social media is a public forum for viewer consumption. It’s understandable Young would be upset or even disappointed with his prank buddy Russell. It’s well-known that the two are good friends who are infamous for their locker-room antics. I don’t expect rich, young athletes who don’t profess Christ and whom women throw themselves upon to be men of valor. However, I must admit that I’m surprised that the real victim of the story, Iggy Azalea, appears to be an afterthought in much of the reporting.

Lakers head coach Byron Scott thought that the controversy could potentially hurt his team’s trust in their point guard, which could translate to their performance on the basketball court. What?! As if they don’t already stink this year! Warning: I can get away with dissin’ the Lakers; I’m a true fan – but don’t you try it! Scott has publicly questioned Russell’s maturity level before. Russell is a 20-year-old kid with a boatload of money. What do you expect from kids who bypass college, mentorship and go straight to the big boys’ league with a bank account full of money?! More importantly, did you notice that Coach Scott questioned Russell’s maturity level but not Young’s judgment or morality? Good coaches are just as concerned about their players’ behavior off the court as they are their behavior on the court.

In a press conference earlier this week, Russell claimed he had no idea how the video went viral and that it wasn’t intended to be a prank. He also apologized profusely to his teammates. Russell said, “I know if I’ve lost anybody’s trust, I’m going to work my tail off to gain it back, because that’s something you need for a winning team. You need everybody to trust each other. You need the first guy to trust the 15th guy, and that’s my intentions.” Translation: I don’t care if my teammates have sex with their mistresses right in front of my face, they can count on me to keep it on the DL (down-low) from now on.

The usually chipper, annoying and often immature Nick Young appeared melancholy in his own press conference. Though he refused to talk about his personal life, he didn’t shy away from saying that he and D’Angelo needed to handle the situation in “a private manner.” I hope Russell has taken boxing lessons from WND’s own Matt Barber.

Still, you have to wonder, where is the overwhelming compassion for rapper Iggy Azalea? Is she a victim of left-wing feminism? I think so. I don’t believe all of these sportscasters in the media are totally oblivious to Azalea’s pain. I think they’ve become too PC to talk about it. After all, she’s a rich, strong woman – she can take her pain like a man, right? Except she isn’t a man. She just happens to be a successful female who wants to be loved, like every other woman.

Before God changed my heart, I was a playa. Then, God saw fit to make me a husband and a father to a beautiful little girl. If the media invested as much time defining real manhood as they have calling Russell a “snitch,” implicitly and explicitly, you’d see mentally healthier kids, stronger families and less poverty.

Unfortunately, for Iggy, I’m no longer available. Now that I’ve broken her heart, she should know that there are at least 99 good men out there who would treat her right – and Nick Young ain’t one of them.